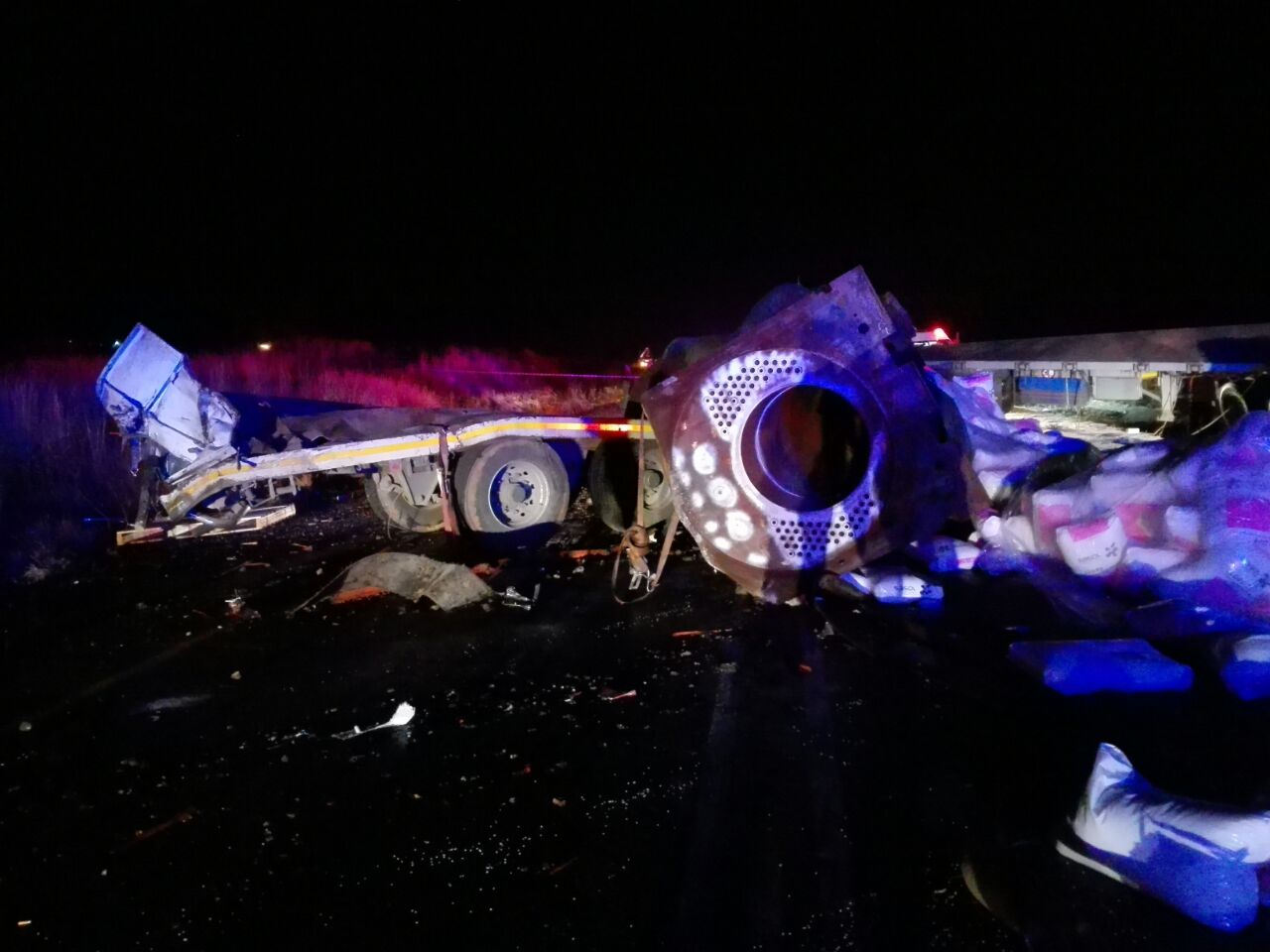 Two men have been killed this evening after two trucks collided on the R549 near Deneysville.

ER24 paramedics, along with other services, arrived on the scene and found the two wrecked trucks and trailer in the middle of the road. Debris from the two vehicles were spread across the scene, blocking off the road.

On assessment, paramedics found one man lying trapped inside of one of the trucks while the body of another man lay amongst the wreckage.

Paramedics immediately set out assessing the patients as well as securing the scene.

Both men were assessed and found to have sustained numerous fatal injuries. Unfortunately, nothing more could be done for either patient and they were both declared dead on scene.

It is believed that one of the trailers came loose, causing on of the trucks to lose control and collided with the other truck.

Tags: truck collision on the R549 near Deneysville.