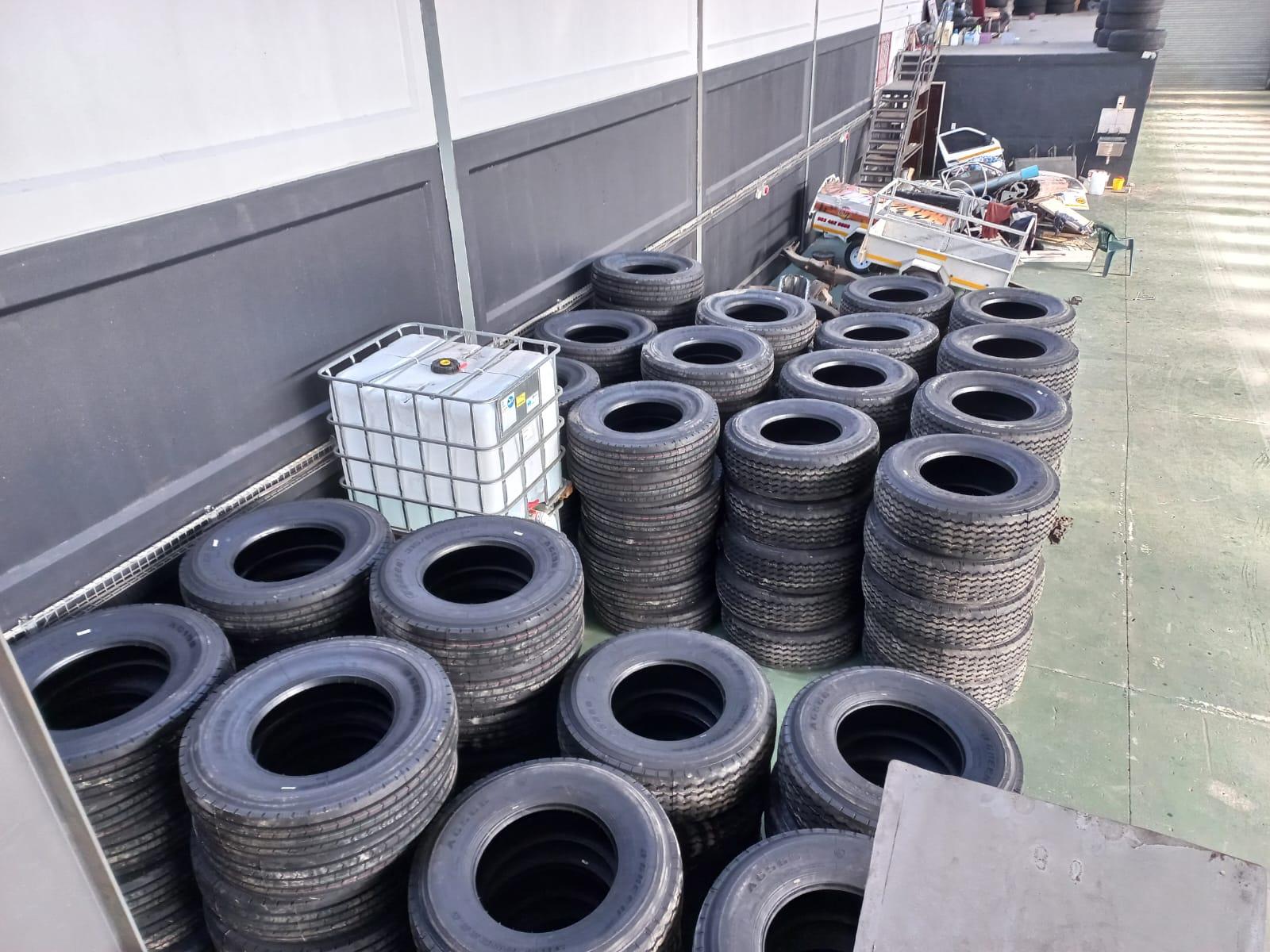 On Tuesday, 07 June 2022 at 10:00, members of the Provincial Serious and Violent Crimes Investigation Unit, followed up intelligence of alleged stolen truck tyres kept at a storage facility in McLaren Street, Du Noon.

Upon arrival at the premises of the storage facility, it was found to be locked and the members could not gain access to it.

They conducted surveillance from a nearby parking area until they observed the arrival of an unknown male at the facility, who had keys to unlock the gates and doors in his possession. The members approached the storage facility once the unknown male unlocked and entered the facility and found truck tyres to the estimated value of R1.5 million inside. The swift reaction and dedication led to the recovery of these stolen truck tyres.

A known bus company utilize this warehouse to do repairs on their busses and some of these stolen tyres were found fitted on one of the busses. The recovered tyres are linked to truck-jacking cases reported at Bellville and Mfuleni SAPS respectively.

A 45-year-old male was arrested and will appear in court once charged. Further arrests are imminent.

In an unrelated matter, on 06 June 2022 members attached to POP received information regarding possible firearms and drugs at premises in Mango Street, Delft. It is alleged the house at this premises was used by a street gang grouping to further their illegal activities.

The information was operationalized and a search was conducted at the mentioned address. Upon arrival at the premises, the members searched and seized rounds of ammunition

A 20-year-old male found on the premises was arrested for the illegal possession of ammunition and will appear in court once charged.