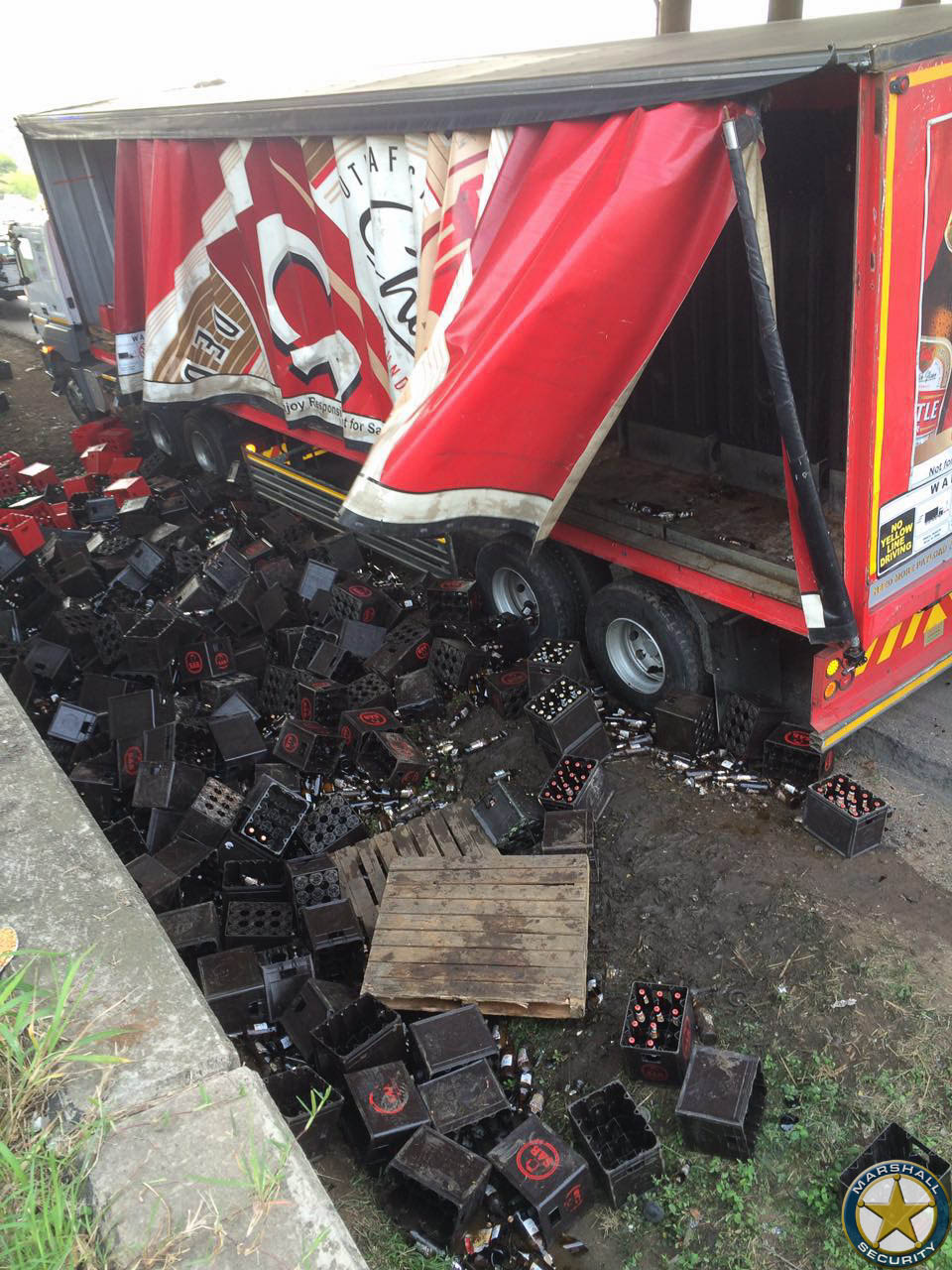 Several arrests were made this morning after a truck carrying beer lost its load on the N2, North Bound near Queen Nandi Drive, in the Briardene area, north of Durban.

Marshall Security were alerted to the incident shortly after 11h30 and reaction officers as well as the Metro Police and the South African Police Services were dispatched.

Approximately six members of the public including two construction workers were arrested for theft after stealing crates of beer from the lost cargo. The SAPS found several crates concealed in a construction truck belonging to workers conducting road maintenance in the area.

The scene was handed over to the South African Police Services. 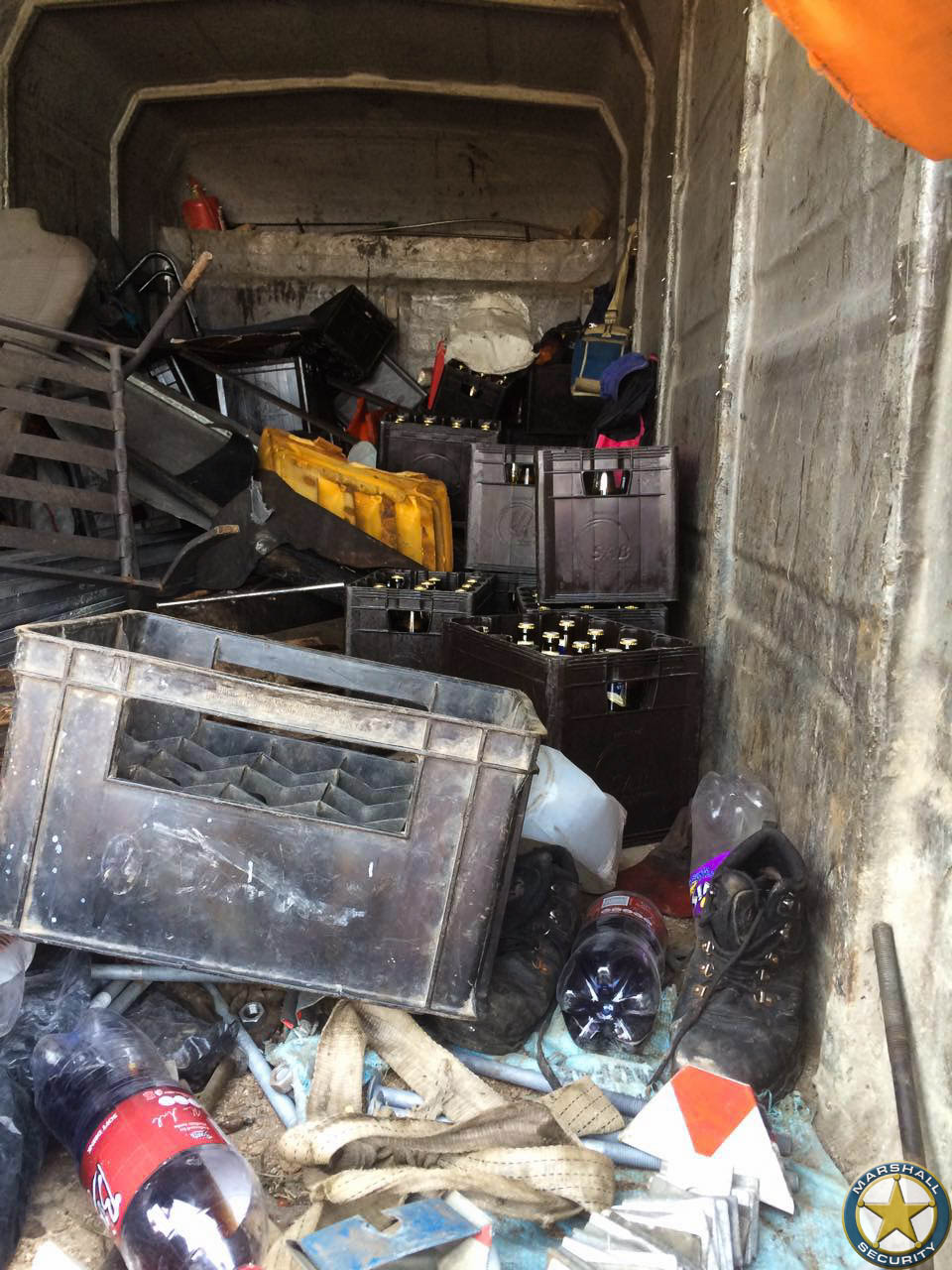