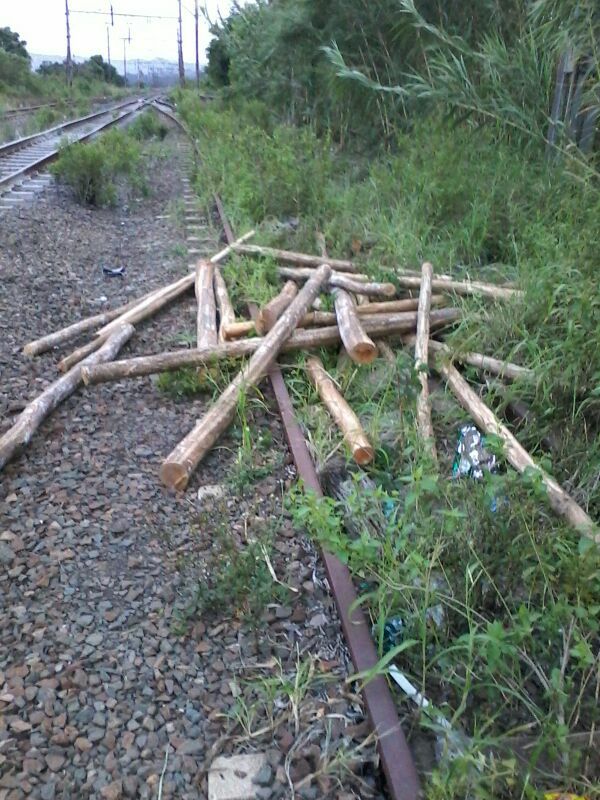 At approximately 05:20 this morning members of Reaction Unit South Africa were dispatched to the railway line on Moss Street in the Verulam CBD after receiving a call from a member of public reporting a goods train being looted.

Upon arrival Officers noticed the suspects fleeing the scene. A foot pursuit ensued, however, the suspects managed to evade arrest. It was established that the 5 suspects stood across the railway line forcing the approaching train to come to a stop. The suspects then began offloading wooden poles from one of the coaches.

Twenty-five of the stolen poles that were recovered was handed over to authorities from Metro Rail.