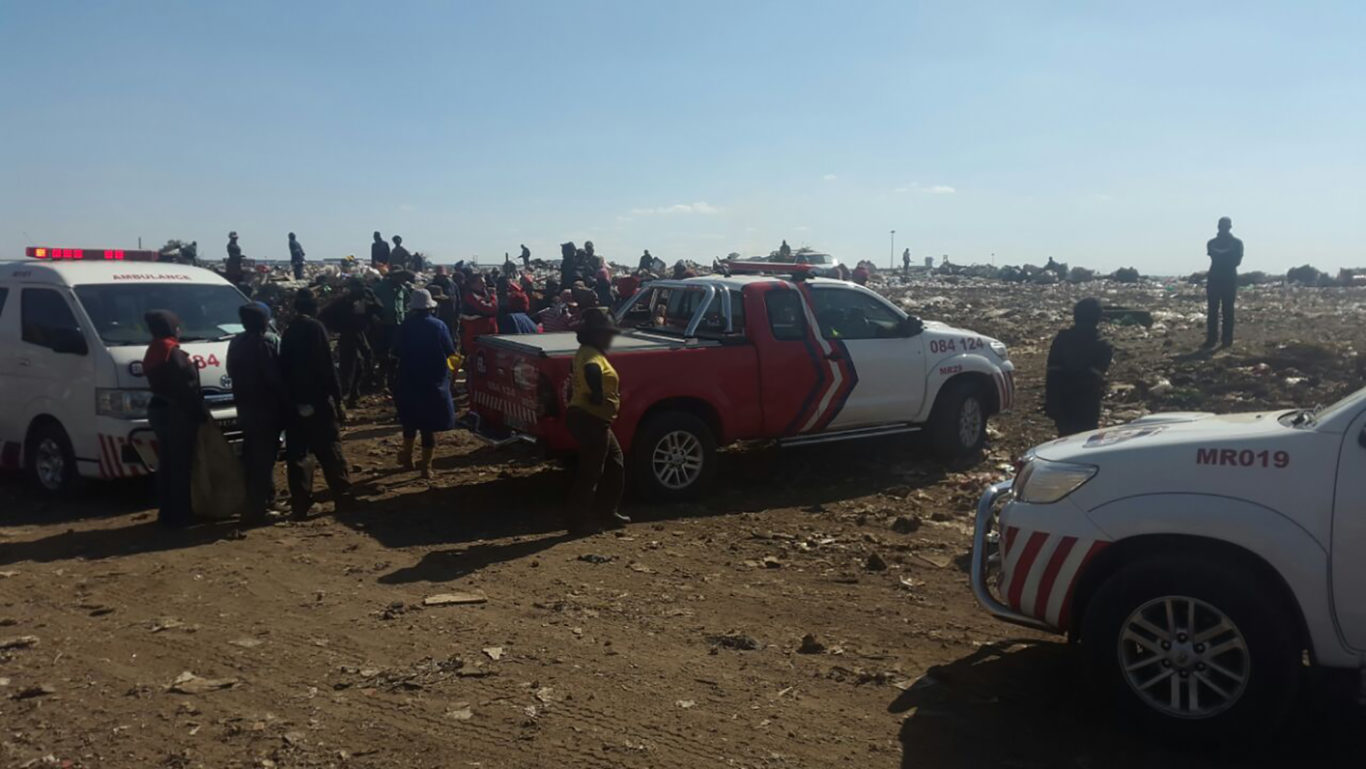 A man believed to be 42 years of age fell off a moving truck at a dumpsite in Boipatong earlier today.

It is believed that the man jumped onto the truck in an attempt to grab items being transported, however he fell off.

ER24 paramedics arrived on scene and found the man lying on the ground. He sustained multiple injuries and was in a moderate condition.

He was treated and transported to hospital for further medical care.