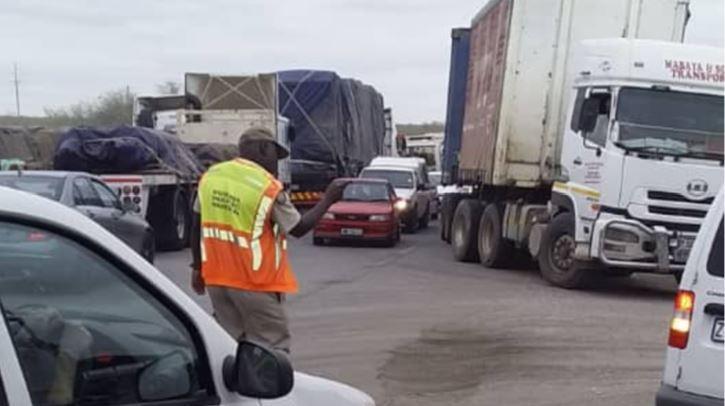 The delays at the Beitbridge border post over recent weeks, which resulted in the deaths of four truck drivers, a female bus passenger, as well as numerous cases of drivers collapsing from the heat and lack of water, should never happen again. And although queues at the border post have reduced significantly, the situation has not yet been fully resolved, warns the Road Freight Association (RFA).

Since the Department of Health removed the requirement for truck drivers to be tested for Covid-19 at Beitbridge, the queues have reduced significantly: from 20 kilometers to less than five kilometers over the past three days. “We are relieved that the queues are far shorter, but the crisis is not over yet,” says Gavin Kelly, the Chief Executive Officer of the RFA.

“The deaths could have been easily avoided,” says Kelly. “We know that the border is bustling every festive season, as foreign nationals working in South Africa return home for the holidays. To prevent this crisis from happening again, there needs to be joint co-ordination between the role players involved at the border – including the private sector. The RFA is a critical stakeholder in this supply chain and will actively support a body that is put together to address the chaos at the border post”.

“We further reiterate our previous statements, that truck drivers were not to blame for the delays,” adds Kelly. “The fact that the length of the queues has been reduced by 75% since Covid-19 testing for truck drivers at the border post has been lifted, is proof of this. Recent statements from the Minister of Health and the Parliament Oversight Committee of Home Affairs blaming truck drivers are simply not true. The total lack of planning by the Departments of Health and Home Affairs is the reason for the situation at the border”.

Before transporters can move to the border, they must complete pre-clearing and have valid tests for their drivers. These requirements from SARS have been in place for years and SARS has noted that over 95% of transporters crossing at Beitbridge are – and remain – compliant.

The RFA remains committed to the smooth flow of traffic at Beitbridge and looks forward to participating in a forum that pro-actively plans and manages the border post. “Beitbridge is a critical enabler of trade and business in Africa,” concludes Kelly. “The cost of delays at the border post is roughly R5 000 per truck per day. This amounts to R250 000 per day per kilometer of traffic queue. This is unsustainable, unnecessary and unacceptable”.