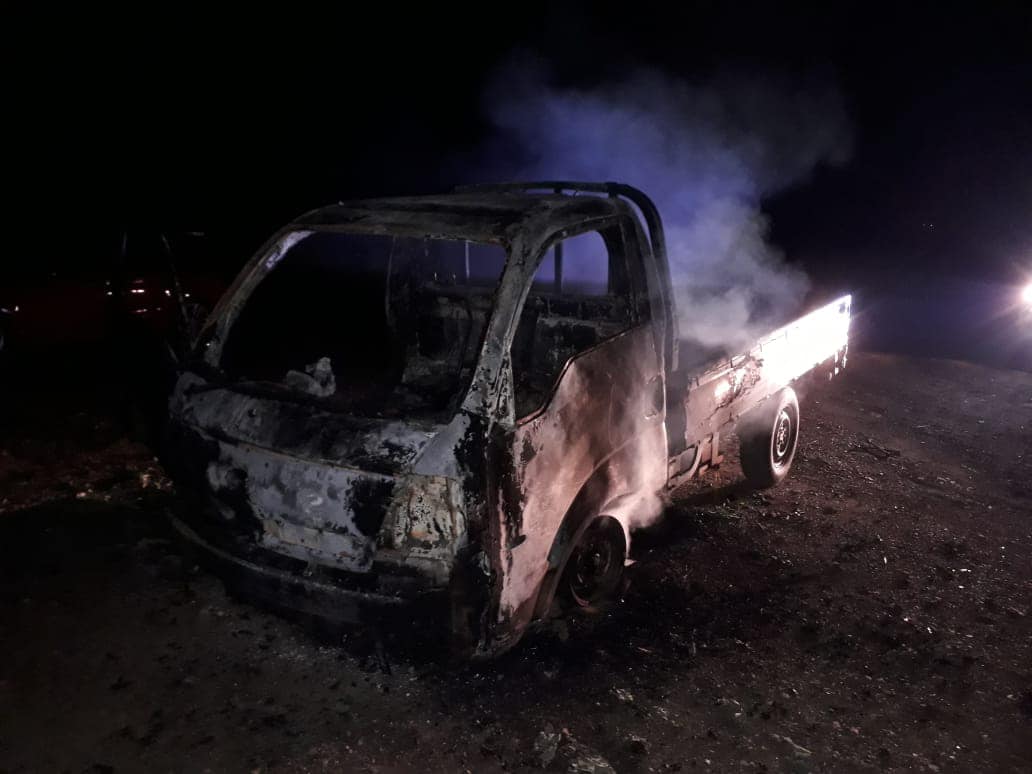 A Kia bakkie that was taken in a hijacking after the passenger was shot dead was recovered by Reaction Officers off Vincent Dickenson Road in Canelands – KZN this morning (Sunday).

36-Year-old Sphiwe Nyoka was a passenger in the bakkie. He was returning from a funeral in Cottonlands – KZN with a friend when they were boxed in by a white GWM bakkie at the Hazelmere/Mhlasini fork in Canelands – KZN. Nyoka was shot in the head shortly after and the driver were instructed to exit the vehicle. He died at the scene. His family was informed of his demise.

Members of Reaction Unit South Africa (RUSA) attending to the scene launched a search for the murder suspects. While patrolling the area, Reaction Officers spotted the Kia bakkie on fire off Vincent Dickenson Road in Canelands at approximately 00:07 (Sunday).

The fire was doused with assistance from the owner who arrived shortly thereafter. 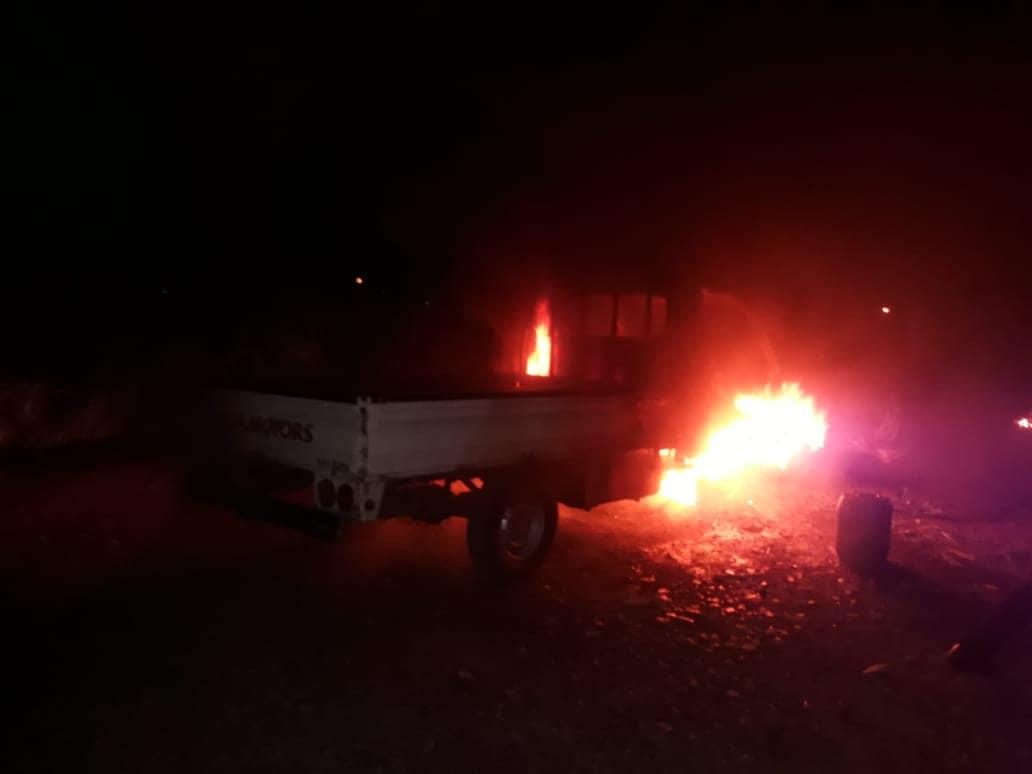