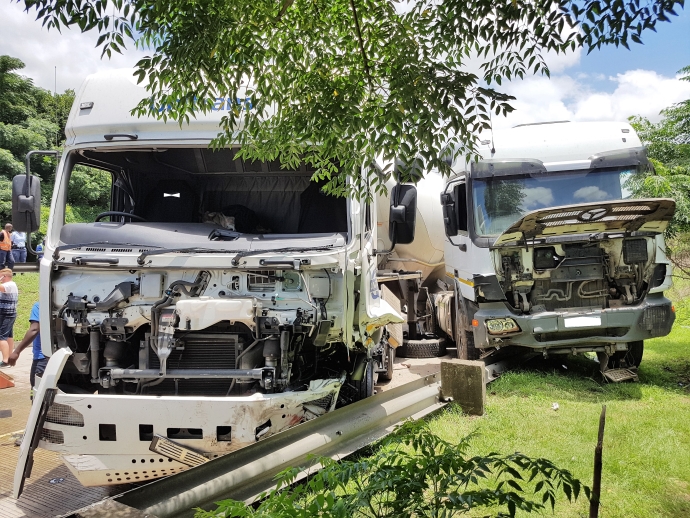 Two people have been killed and three others injured after two trucks and a bakkie collided on the M7 East before Wakesleigh Road today.

Around 11:20 am Rescue Care Paramedics were called to the horrific collision. On their arrival, they found that two trucks and a bakkie had collided. Two men were found entrapped under each truck. One man had already passed away before Paramedics arrival and the second man had sustained critical injuries. Advanced Life Support Paramedics worked underneath the truck to stabilise the man. Durban Search and Rescue were called to assist and with the help of a large tow truck rig the truck was lifted off the man. The man was placed on a manual ventilator and rushed through to a nearby level one trauma unit, however, a short while after he arrived he went into cardiac arrest and despite efforts from Paramedics and Doctors he was declared deceased. Two occupants from the bakkie had sustained moderate injuries and were stabilised on the scene before being transported to a nearby hospital for further care. The second truck driver was also transported to the hospital for minor injuries.

At this stage, the exact cause of the collision is unknown however it is believed one of the trucks was broken down. SAPS were on the scene and will be investigating further. 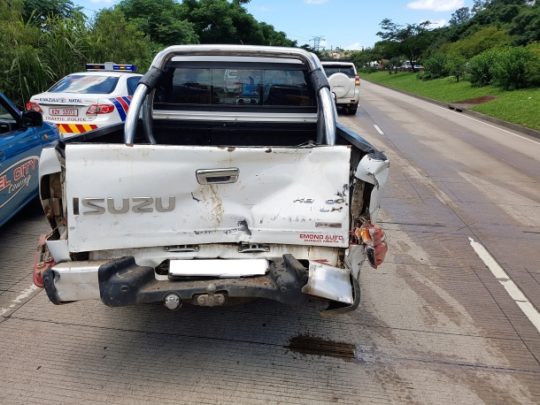