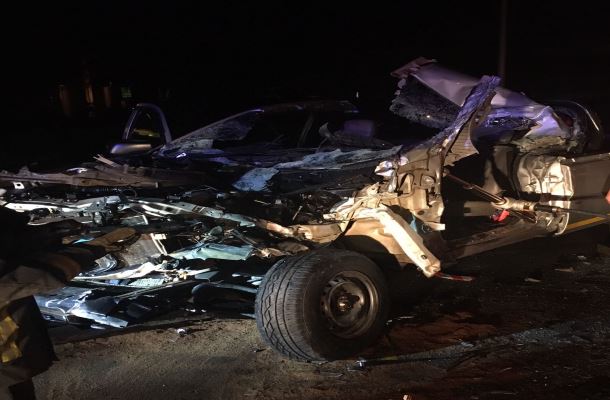 A nineteen-year-old woman has died and a  twenty-three-year-old man is in a critical condition after a bakkie collided with a truck on Houtkop road in Vereeniging.

Reports from the scene indicate that the truck was stationary at the time of the accident.

The exact detail as to what happened will form part of a SAPS investigation and comment.

When Netcare911 paramedics arrived on the scene, they found that the woman who was a passenger in the bakkie had already died.

She was declared dead at the scene by paramedics.

Paramedics and the fire department used the jaws of life to extricate the deceased woman out of the bakkie.

The man who is in a critical condition was stabilised on scene and transported to a nearby hospital by ambulance for further medical care.

This accident happened last night at about 22h30.