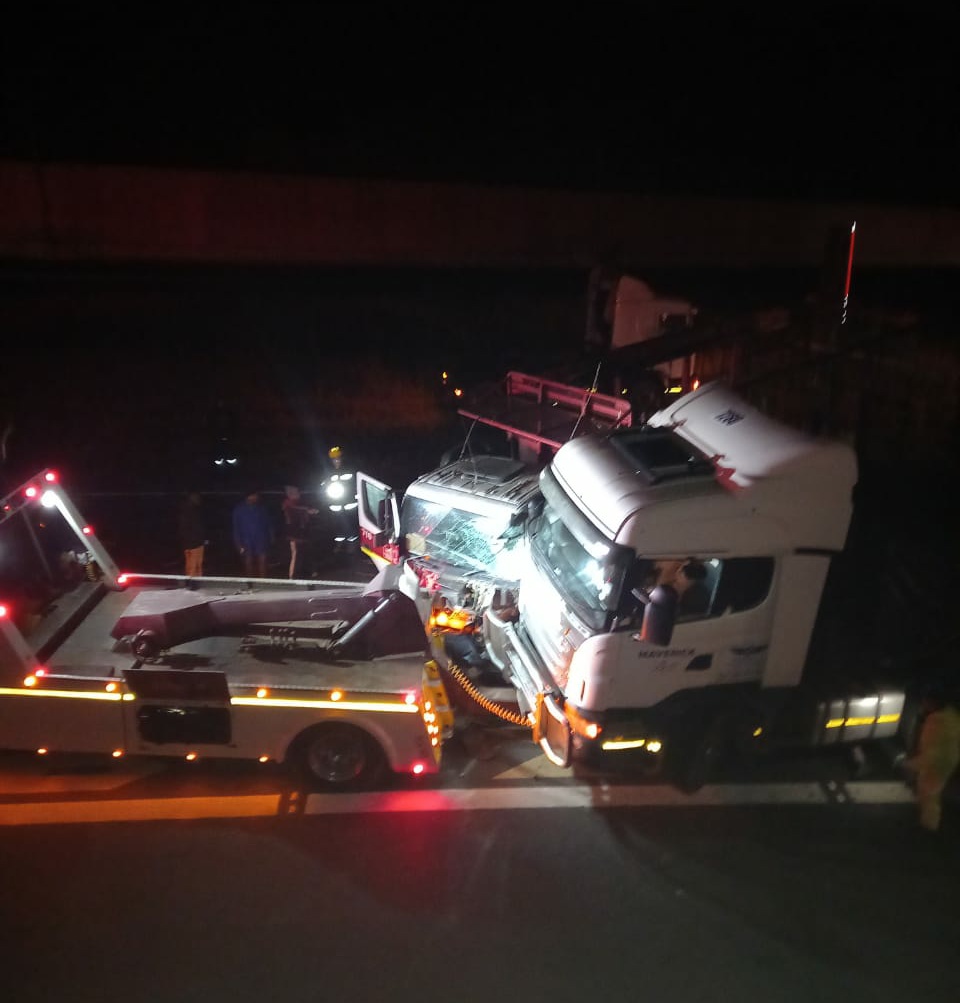 Just after 22:00 on Monday night Emer-G-Med paramedics were called to the scene of a heavy motor vehicle collision on the N2 National Highway, in the vicinity of the Umhlanga Rocks area.

On arrival on scene, two heavy motor vehicles were found to have collided.

Reports from the scene allege that an articulated vehicle had experienced mechanical failure and whilst towing operators were assisting, a second heavy motor vehicle crashed into the scene.

Two males, believed to be the towing operators, were declared deceased on the arrival of paramedics whilst a third man was treated for moderate injuries and taken to a nearby hospital for further care.

The South African Police Services will be investigating the incident accordingly.