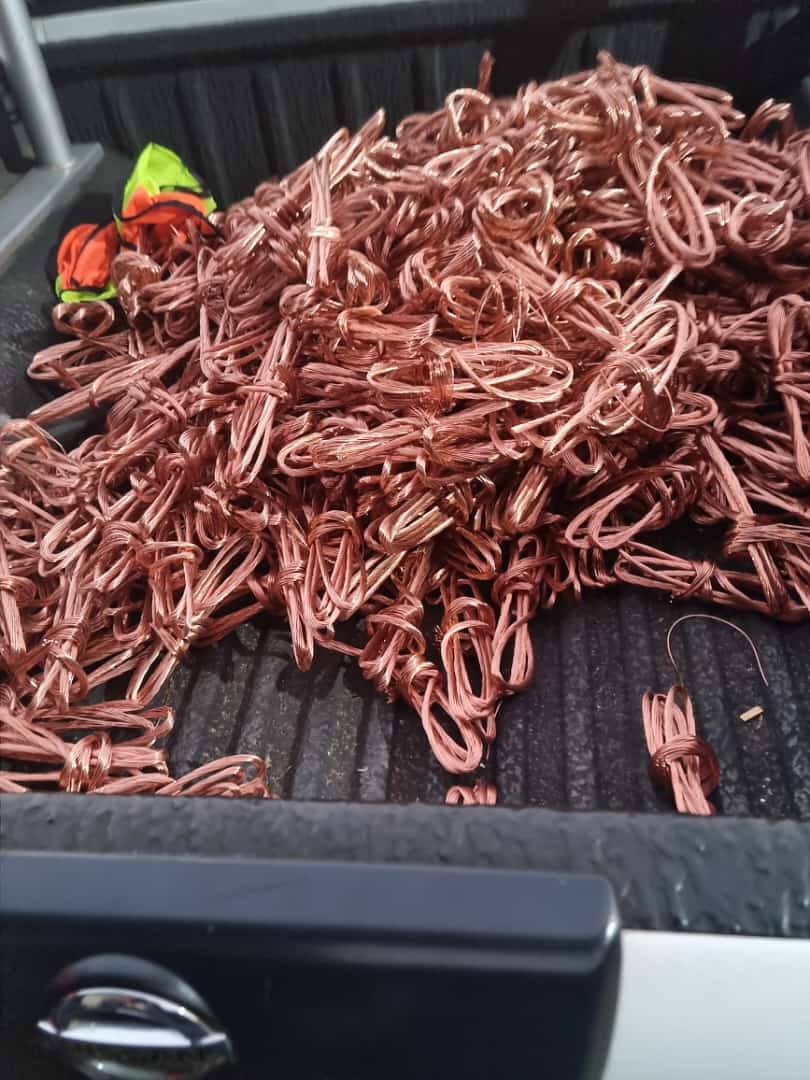 Prasa, Transnet, and Telkom also participated in the joint operation. The two yards were located within sight of each other. A total of 682 kilograms of stolen copper was recovered from both yards.

Three suspects were arrested aged between 23 and 51 years of age and detained at the Newlands East Police station. Two scales and 15 kilograms of aluminum cables and lids were also recovered.

The suspects were arrested for possession of the stolen property and tampering with infrastructure.