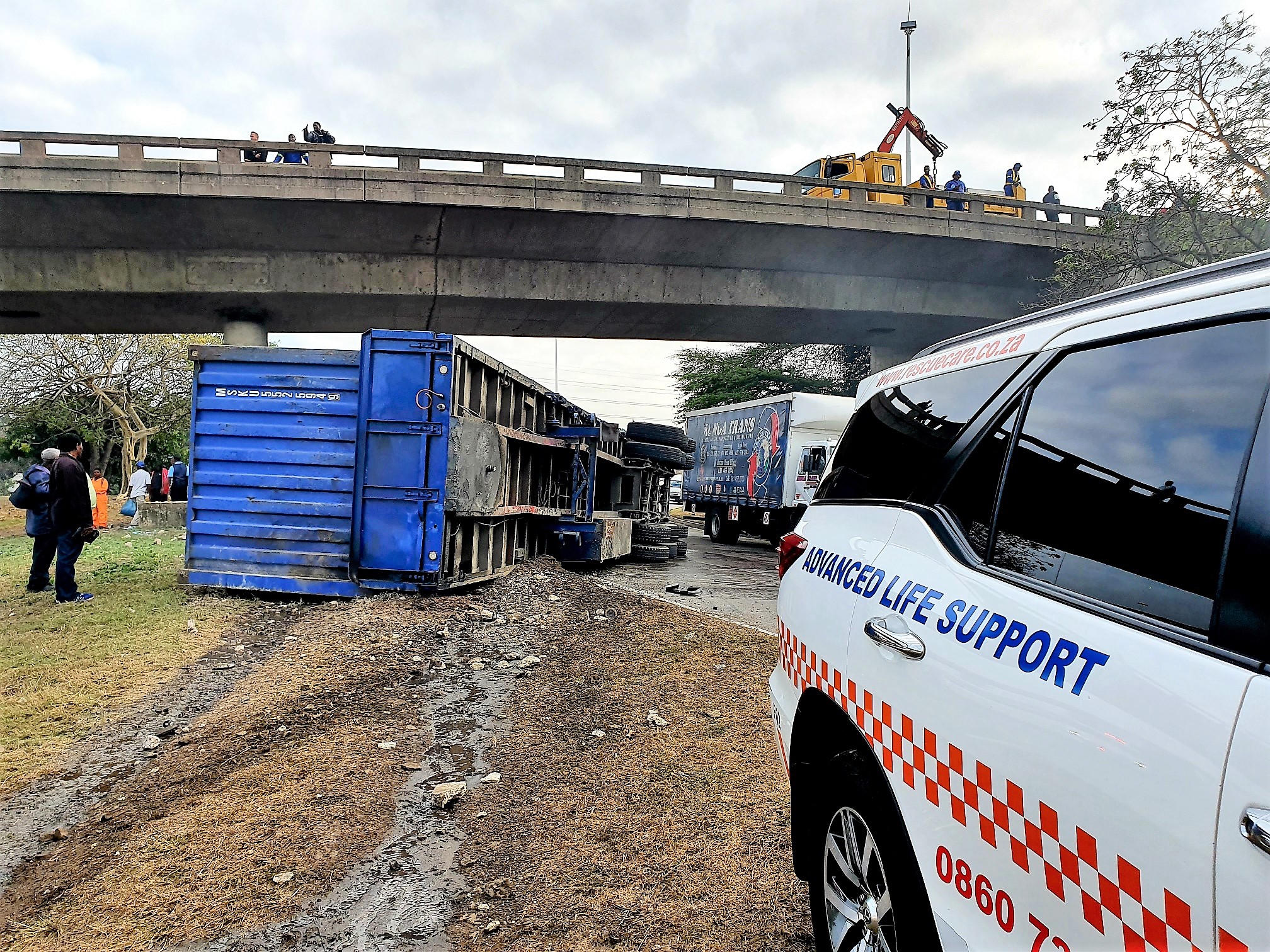 A Truck driver has sustained moderate injuries after the truck he was driving lost control on the onramp to the M7 from Umbilo Road around 7:30 am this morning.

Rescue Care Paramedics arrived on the scene to find the trailer had overturned and the cab of the truck crashed against the concrete barrier on the M7 and was on fire. The Fire Department was quick to arrive and extinguish the blaze. The driver had sustained moderate injuries and was stabilised on the scene before being transported by Rescue Care to a nearby hospital for the further care that he required.

Traffic was severely affected on the M7 coming towards Bluff from Southway Mall as only one lane of traffic was trickling past the accident scene.

At this stage, the events leading up to the crash is unknown however SAPS were on the scene and will be investigating further.