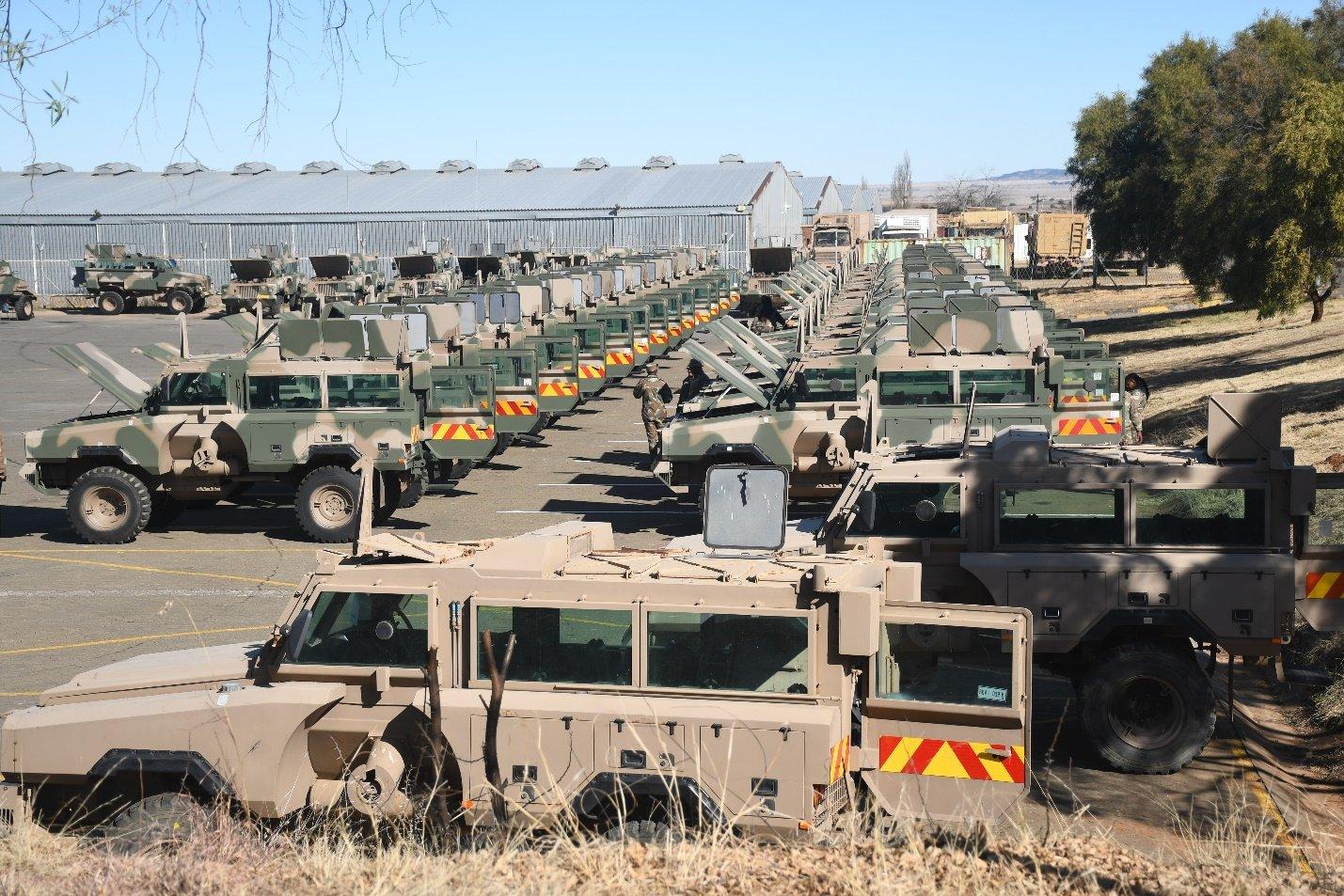 At the beginning of February 2022, the Chief of the South African Army, Lieutenant General Lawrence Khulekani assembled a Team of 170 Technical Service Corps members in order to work hand in hand with the Cubans as part of Project THUSANO. An SA Army Recovery Team was immediately established led by Chief of Staff Infantry Formation and embarked on a country-wide journey to recover most of the vehicles that required intensive repairs. A Forward Detachment Workshop was immediately established to commence with the Project at DOD Mobilisation Centre. These members have moved with a responsible speed in working tirelessly to make the project a stunning success.

Project THUSANO was an initiative by the former Chief of the South African National Defence Force, General Solly Shoke with the main purpose of transferring appropriate technical skills to the South African Army Technical Service members. It is indeed very clear that Project THUSANO is bearing beneficial results with the full support of the current Chief of SA National Defence Force, General Rudzani Maphwanya and the Military Command Council. The outcome of this project can be viewed from two angles; the transferring of appropriate technical skills as a long future investment with huge benefits for the SA Army, to a certain extent a sustainable approach by the SA National Defence
Force with cost savings. In the past years, there were exorbitant sums of money spent, especially on out-sourcing the maintenance of combat vehicles. Today we can confidently say the SA Army is able to save on spare parts and labour.

The outcome of what we are seeing symbolises a great achievement in the successful establishment of the Light Modern Brigade. This tremendous progress places the SA Army in the best position to respond to internal threats with the relevant Prime Mission Equipment. A total of 100 Mamba Vehicles were put through effective and efficient repairs, out of this total 60 are moving on the road from De Brug, in Bloemfontein to Pretoria. The remaining 40 vehicles will also follow in a few weeks to complete the process.

This is to a larger extent a demonstration of implementing the guidelines contained in the Defence Review of 2015 as a policy document, in particular arresting the decline through realignment of force structures and the best economic use of resources. These Prime Mission Equipment will be ready for utilisation for any eventuality in the execution of the Constitutional Mandate of the South African National Defence Force, which is to defend and protect the sovereignty and territorial integrity of the Republic of South Africa. Indeed, this further demonstrates the preparedness and willingness of a military organisation that is commanded as a disciplined and professional defence force.

This brilliant success story bears testimony to how the sharing of technical knowledge and scarce skills can result in doing unexpected wonders in an environment of limited resources. Initiatives of this nature enable the South African National Defence Force to alleviate detrimental effects that usually emanate from the concomitant dwindling budget of the Department of Defence. The passion and commitment of these combined technical teams have demonstrated the willingness to always go the extra mile in the execution of their noble task.

The Chief of the South African National Defence Force, the Collective Leadership of the Military Command Council and the entire SA Army Command Cadre will ensure that technical teams are given the necessary support to execute a project of this nature with zeal and diligence. In order to maintain the momentum, several Forward Detachment Workshops will be established in several provinces that will be identified accordingly in relation to the requirements to sustain and maintain our fleets.

The Movement of Mamba Vehicles for the Light Modern Brigade from De Brug, in Bloemfontein to Pretoria, in Gauteng Province https://t.co/SeXcMcElr8#ArriveAlive @SANDF_ZA @TruckAndFreight pic.twitter.com/5P1QNpGUBh