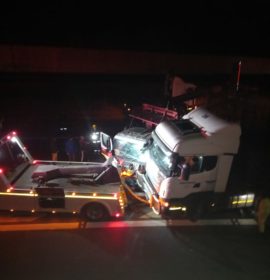 Just after 22:00 on Monday night Emer-G-Med paramedics were called to the scene of a heavy motor vehicle collision on the N2 National Highway, in the vicinity of the Umhlanga Rocks area. On arrival on scene, two heavy motor vehicles were found to have collided. Reports from the scene allege […] 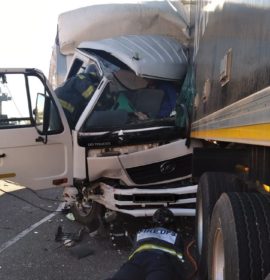 Emer-G-Med responded to the N1 South before Olifantsfontein Road in Midrand for a serious collision. On arrival, we found one patient that was entrapped. The patient was extricated by fire and transported to the hospital under ALS care to the hospital. Local authorities were on the scene for assistance and […] 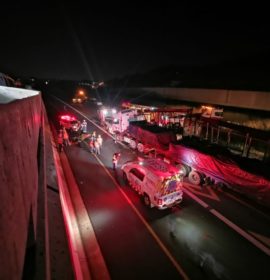 Late Monday night Netcare 911 responded to a collision in the N2 Umhlanga. Reports indicate that a heavy motor vehicle crashed into the back of another broken down truck where towing operators were assessing the broken-down vehicle. Medics assessed the scene and found that two people both adult males had […] 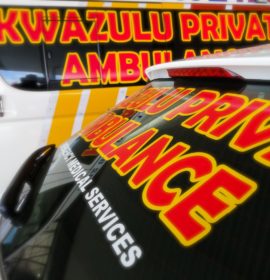 This morning Kwazulu Private Ambulance Service responded to Allendale road for reports of a collision. When emergency services arrived they found that a taxi and truck had collided. Paramedics quickly assessed the scene and found that 3 patients sustained injuries ranging from minor to serious. The patients were treated on […] 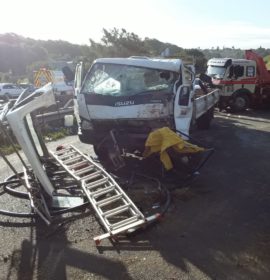 KwaZulu-Natal: Tuesday afternoon Netcare 911 responded to a collision on the N2 South Bound opposite the cement factory. Reports indicate that two bakkies and three trucks were involved in a collision. Medics assessed the scene and found that two people had sadly been killed in the collision. Another three patients […] 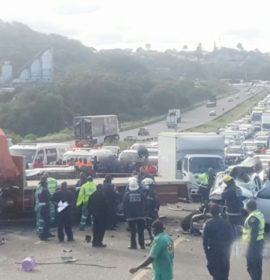 Two people have been killed and three others injured in a horrific accident on the N2 Southbound near the NPC Cement Factory just after 2pm on Friday afternoon. KZN VIP Medical Paramedics arrived on the scene to find total carnage. A bakkie had lost control on the Northbound carriageway before […] 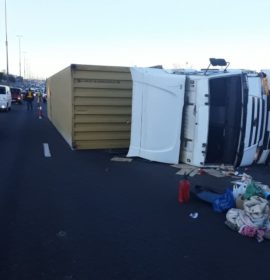 Netcare 911 responded to a collision on the N3 between Marlboro and Buccleuch interchange direction Pretoria. Reports indicate that the driver of a truck lost control, resulting in a roll-over. Several smaller collisions have been reported in the backlog of the traffic. Fortunately, no injuries were reported. Truck rollover causes […] 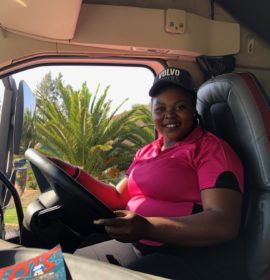 Lafarge South Africa and Volvo Trucks South Africa have joined forces with other stakeholders to launch the AccelerateHer initiative to accelerate women-owned truck operations in the country. Ten women from KwaZulu-Natal will be selected for the pilot phase of the project, with the intention to replicate and grow it in […] 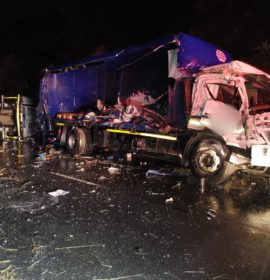 Last night Kwazulu Private Ambulance Service responded to the N3 Ashburton for reports of a collision. When emergency services arrived they found that 2 trucks had collided. Paramedics quickly assessed the scene and found that 3 patients sustained minor injuries. Sadly 1 patient sustained fatal injuries and succumbed to their […] 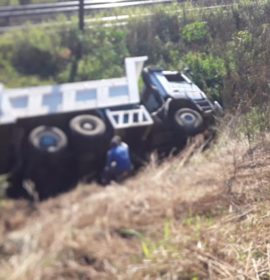 Midlands EMS were dispatched to N3 Cato ridge for a truck and vehicle collision. On arrival, crews found 1 truck down the embankment and another vehicle involved on the road. The paramedics treated and transported both patients to the hospital for further care. The exact cause of the accident is […]