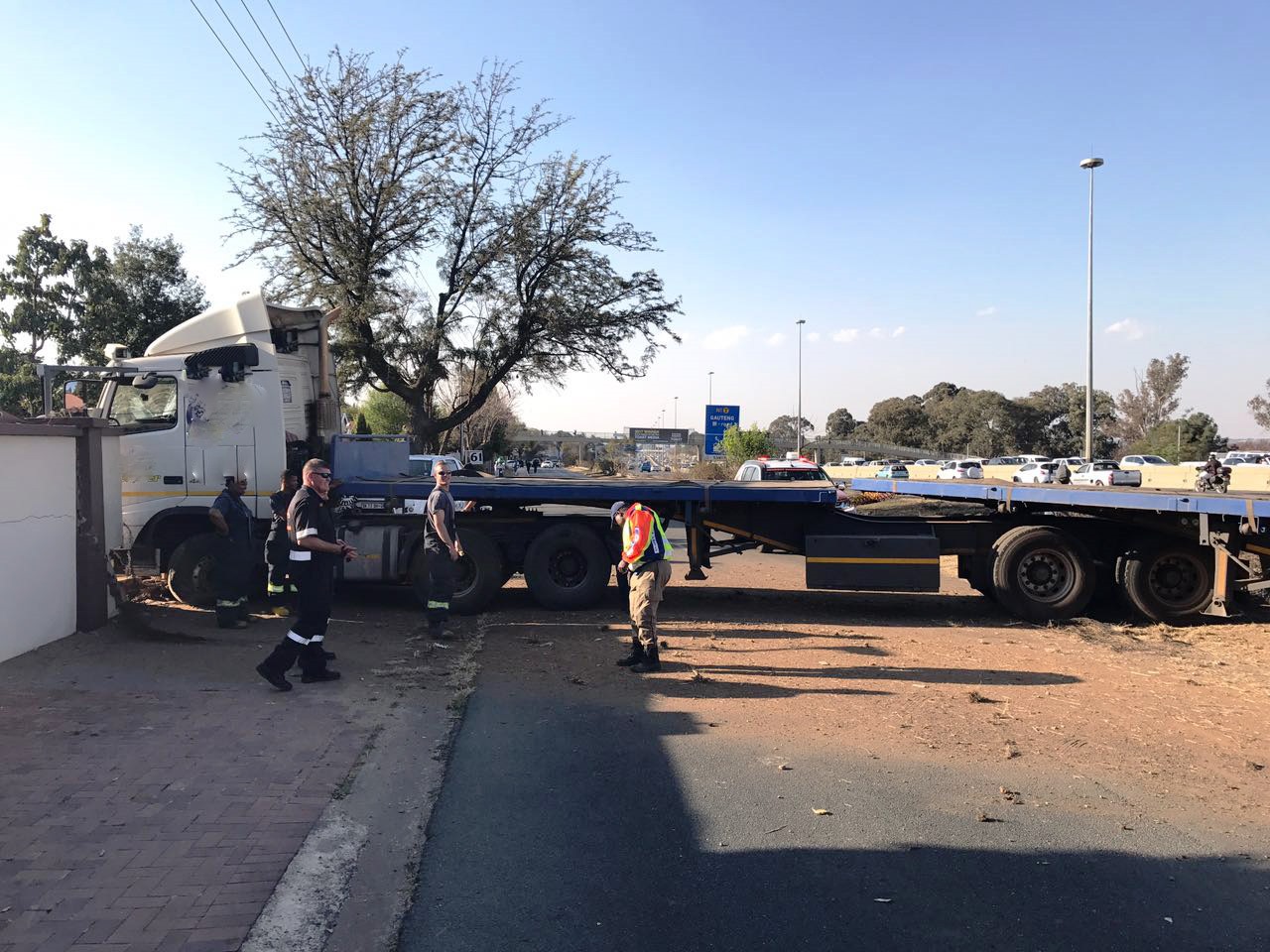 At approximately 15h35 on Wednesday 30 August 2017, Netcare 911 responded to reports of a serious truck crash on the M1 highway, direction towards Pretoria, just before the Woodmead off-ramp.

Reports from the scene allege that the driver may have suffered a medical emergency causing him to loose control of the truck resulting in the crash.

The truck veered to the left causing two other motorists to be involved in the crash, it then proceeded over the Armco barrier, through a fence and crashed into a boundary wall before it came to rest perpendicular to Western Service road, blocking the entire road. The incident and preceding events will form part of a police investigation.

The incident occurred near to a pedestrian bridge which is used by learners at a nearby school.

The truck drivers treatment was managed by a Netcare 911 Advanced Life Support paramedic and he was treated for serious injuries while another driver was treated for injuries ranging from minor to moderate.

Both men were stabilised at the scene before being transported by ambulances to hospital for further assessment and care.

The Fire Department and the JMPD also attended the incident.

Traffic during the busy afternoon rush was severely disrupted by the incident and the added spectator value. One lane of the highway northbound was closed to traffic. A large tow truck was required to move the damaged truck and its trailers.