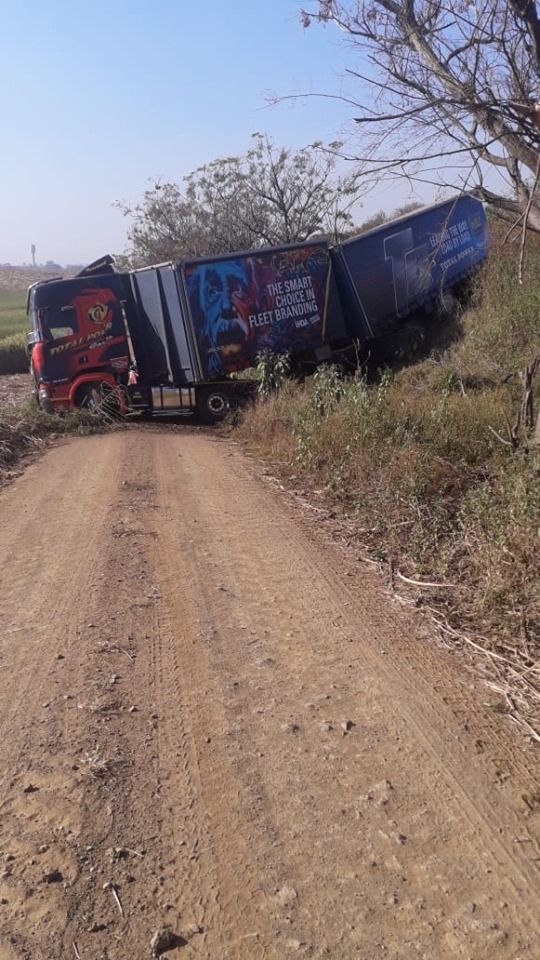 Two people were injured following a head-on collision involving a truck and a light motor vehicle on the R102 between King Shaka International Airport & the Belvedere entrance in Tongaat.

Members of Reaction Unit South Africa arrived at the scene and found a Scania truck and trailer down an embankment while an extensively damaged Hyundai ix35 was found several meters away from the point of impact.

The driver of the light motor vehicle sustained multiple serious injuries while the driver of the truck suffered moderate injuries. The two were stabilized on the scene before being transported to Victoria Hospital.

The driver of the truck claimed that while proceeding towards Verulam he noticed the Hyundai ix35 which was travelling in the opposite direction veer into his lane. He attempted to swerve to avoid the collision but knocked head-on into the SUV. His truck then left the road and crashed down an embankment.

Traffic was delayed while Emergency Services attended to the injured and salvaged the damaged vehicles.