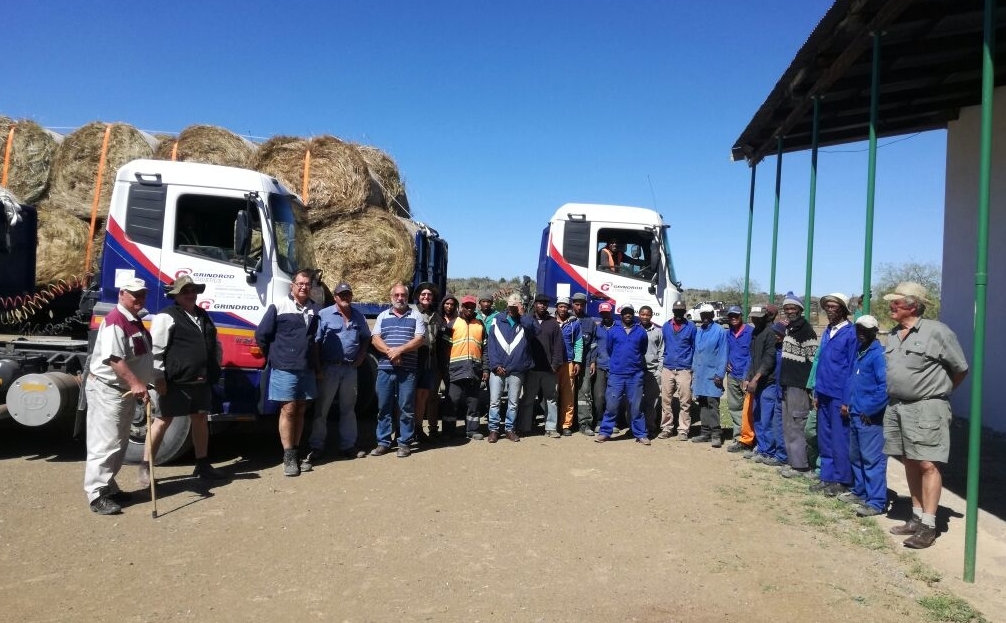 Natural disasters experienced around the globe and in South Africa – the severe drought in the Eastern and Western Cape, the tornado in Krugersdorp, the freak storm in Durban, and the Knysna fires – have had devastating effects and has highlighted the importance of responsible corporate citizenship.  Therefore, when relief was requested for certain drought stricken areas in the Eastern Cape, Grindrod did not hesitate to get involved. Three consecutive years of poor rainfall, a mere 200ml, has had a severe impact for farmers in this area. Many have exhausted all their funds and are in desperate need of feed to keep their stock alive. The Eastern Cape accounts for a third of all livestock in the country; really a disaster area.

The Mercury recently reported that since the initial call for drought aid was raised in early September, truckloads of grass bales have been delivered to struggling farmers in the Eastern Cape from KwaZulu-Natal, along with four truckloads of yellow maize and a 34-tonne load of molasses. The president of Agri-Eastern Cape, Doug Stern praised the KZN farmers for their overwhelming support.

Grindrod Integrated Logistics, have in the last couple of weeks, contributed to this cause. Two flatbed trucks transported 76 bales of hay from the Midlands and delivered them to Jansenville, approximately 250km from Port Elizabeth. A further 4 trucks were dispatched last week and will deliver the bales to farmers who are unable to afford the transport costs.

Roy Caldecott, a farmer in the Midlands and Elna Visagie from Gift of the Givers, have been closely involved in driving the Eastern Cape relief efforts.  “The support has been incredible, with 2 700 bales donated by farmers from the Eston, Midlands, Greytown and Winterton areas. We’ve also raised R200 000 and received a donation of 3 000 liters of diesel,” said Roy.  “We’ve moved 700 bales to date and have another 2 000 bales to move, the majority of which to farmers who have exhausted their funds and are unable to afford the transport costs.”

The relief efforts continue and ordinary South Africans continue to step up and contribute to the plight of others. 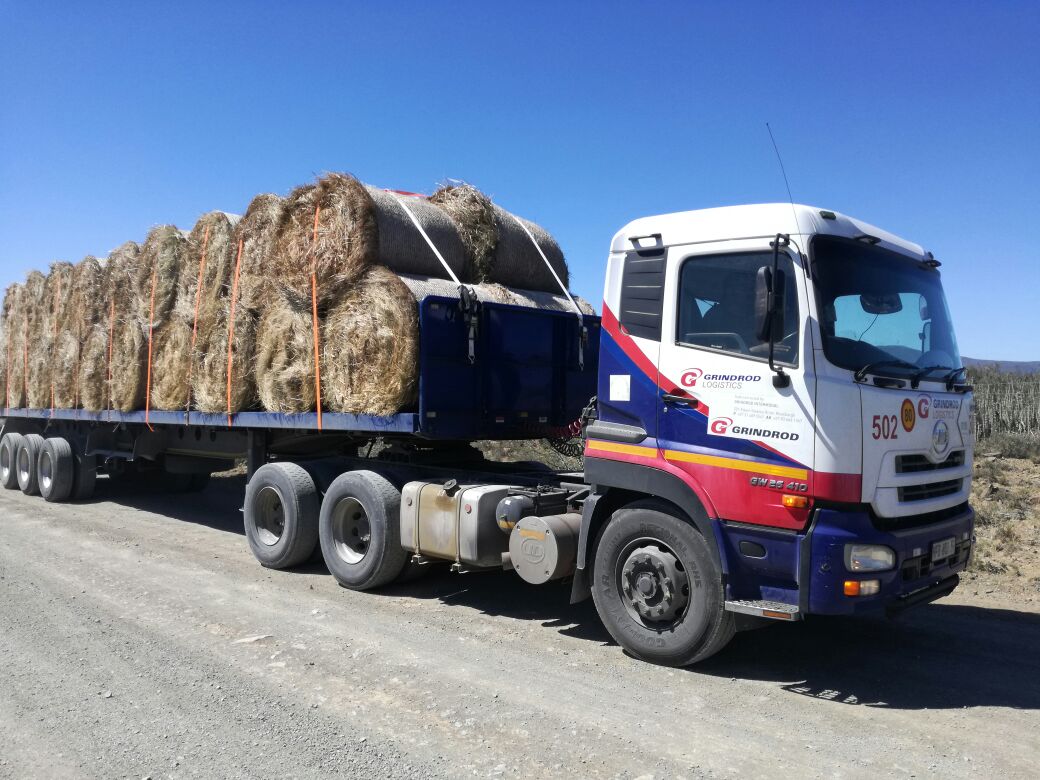