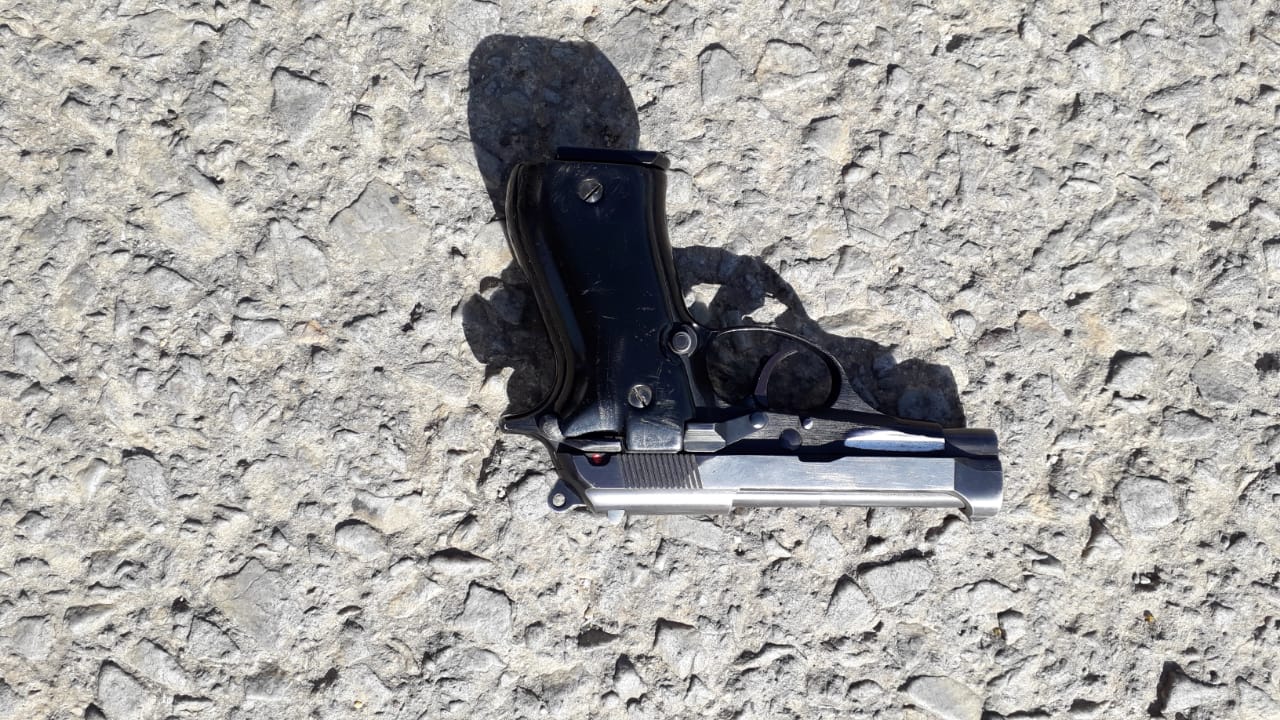 A 20-year-old robbery suspect could not escape the swift reaction by members of the Anti-Gang Unit as they apprehended him after an alleged robbery of a bread delivery driver.

It is alleged that at about 07:50 on 9 November 2019, the 32-year-old driver of a bread van was doing a delivery at a wholesale supermarket in Akeer Street in Bloemendal when he was surprised by two men. It is further alleged that the driver’s crew went into the shop while the driver remained in the van. Two men opened the door and one jumped into the truck, pointed the driver with a firearm and demanded money. An undisclosed amount of money was taken.

A patrolling Anti-Gang Unit vehicle noticed the suspects running and immediately headed in that direction. One suspect managed to flee while the other was arrested with a 9mm pistol. The serial number is filed off.

The suspect is detained on a charge of robbery and prohibited possession of firearm and ammunition. He is expected to appear in the Port Elizabeth magistrate’s court on Monday, 11 November 2019. Investigation is continuing and detectives are searching for the other suspect.