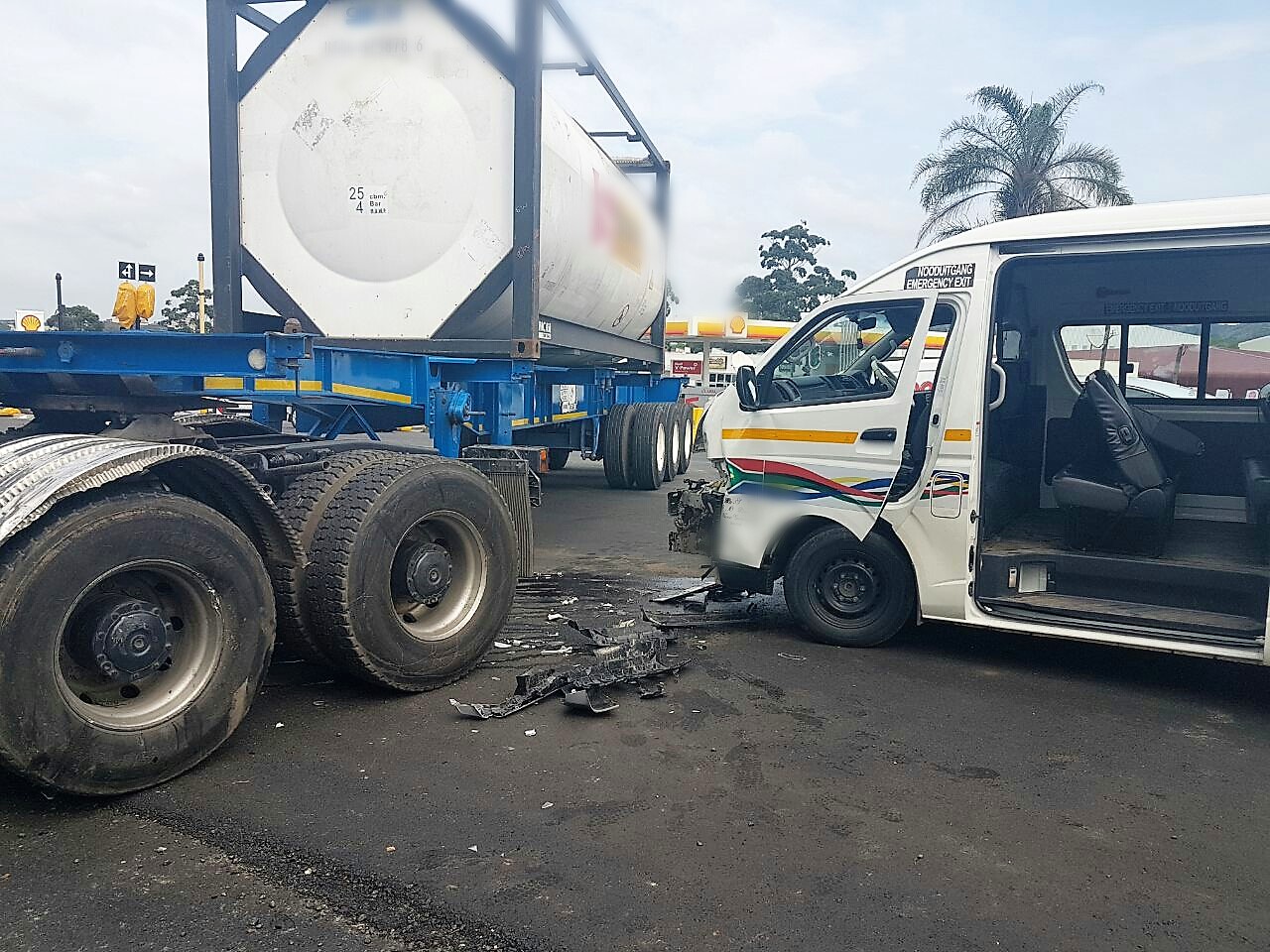 Twelve people have been injured after a taxi and a truck collided on Shepstone Road and Broadway Road in Pinetown a short while ago.

Just after 10am Rescue Care Paramedics arrived on the scene to find the intersection blocked. Twelve people had sustained various injuries and immediately more ambulances were dispatched to assist with the multiple casualty scene. Once all the injured had been stabilised on the scene they were transported to various Durban Hospitals for the further care that they required. Traffic was severely affected as a result of the accident as the truck was parked across the intersection.