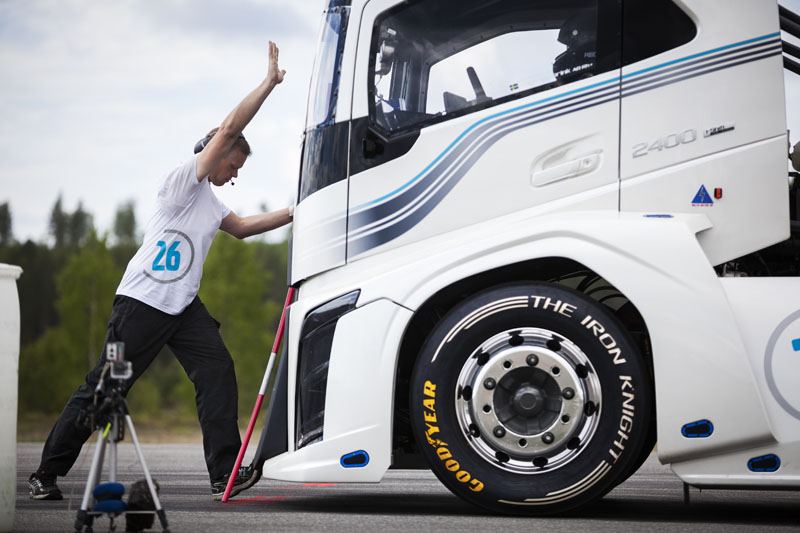 Port Elizabeth, August 24th, 2016 – Volvo Trucks’ ‘The Iron Knight’ has broken two world speed records for trucks on Goodyear tyres – making them the fastest truck tyres in the world. The special tyres developed and built by Goodyear are the result of continuous collaboration and strong OE partnership with leading truck maker Volvo Trucks. The Goodyear ‘The Iron Knight’ tyres helped the 4.5 tonne 2,400 horsepower truck achieve an average speed of 169.09 km/h (105 mph) in a time of 21.29 seconds, over 1,000 meters from a standing start. The Iron Knight also beat the record for the 500-meter distance, at 131.29 km/h (81.6 mph) in 13.71 seconds from a standing start. If that is not impressive enough, during the record runs The Iron Knight reached a top speed of 276 km/h (171.5 mph).

“With so much power and torque, ensuring that 4.5 tonnes of truck sticks to the track at speeds of up to nearly 280 km/h is a real challenge for the tyres,“ said Laurent Colantonio, Director Tyre Technology Commercial of Goodyear Europe, Middle East and Africa. “The ability to develop tyres to break world speed records proves our prowess in using advanced technology and innovation to produce exceptional tyres. This is true for The Iron Knight´s tyres and also for our standard truck tyres that offer highest levels of performance to our customers and help them to reduce their Total Cost of Ownership.”

The record run was carried out at a closed-off test track in northern Sweden. The Iron Knight was driven by Boije Ovebrink who has more than 30 years’ experience of both car and truck racing and has previously broken five speed records. At the time of publication, the records are being reviewed by the FIA, the international motor sport association.

Volvo Trucks and Goodyear have a long and strong history of partnership – especially when it comes to world speed records. The Mean Green, also driven by Boije Ovebrink, became the world’s fastest hybrid truck in 2012 when it broke two world speed records also on specifically developed Goodyear truck tyres. 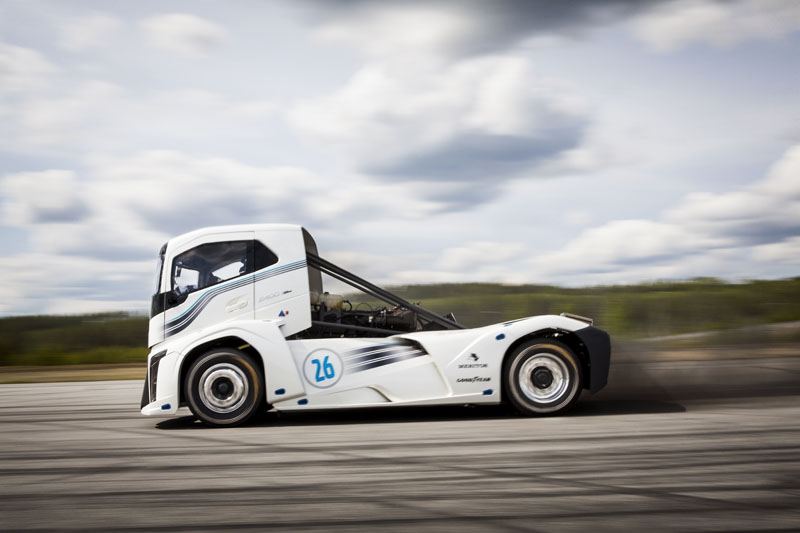