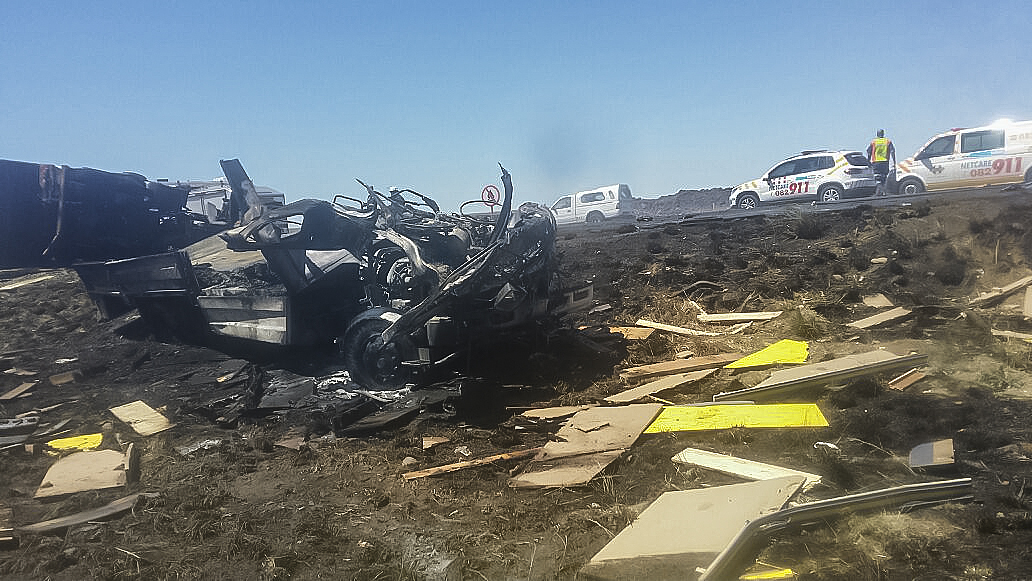 On Wednesday afternoon, Netcare 911 and the provincial services responded to a collision on the N1 near Ventersburg. Exact detail to the cause of the crash is still speculative however, two trucks appear to have collided head-0n.

Paramedics arrived at the scene and found that both vehicles had burst into flames on impact. A man was ejected from the one vehicle while a female was trapped in the twisted frame of the truck, both tragically died at the scene.

A man from one of the trucks was in a critical condition, medics from the provincial services transported him to a hospital in Welkom for the care that he required. 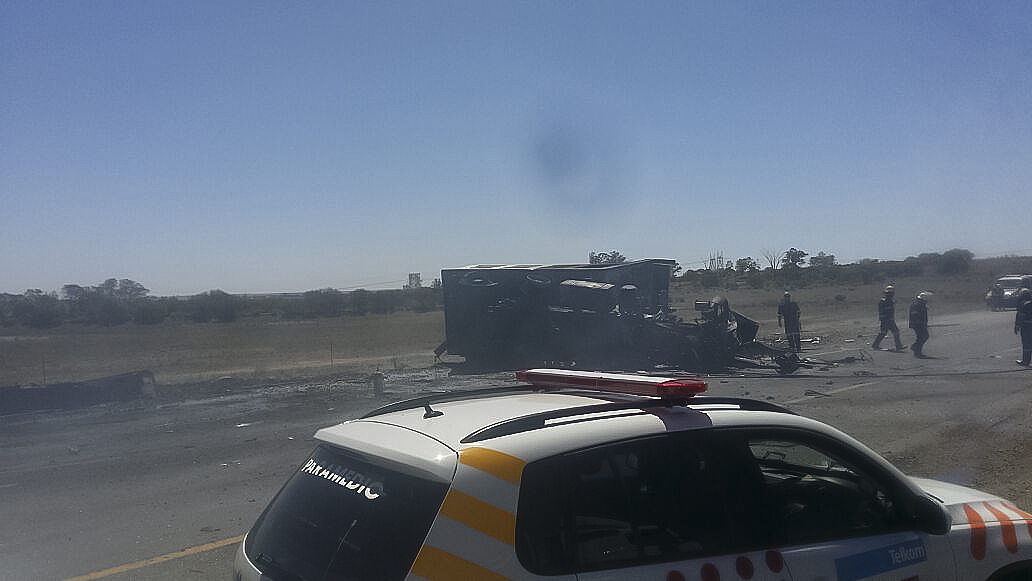