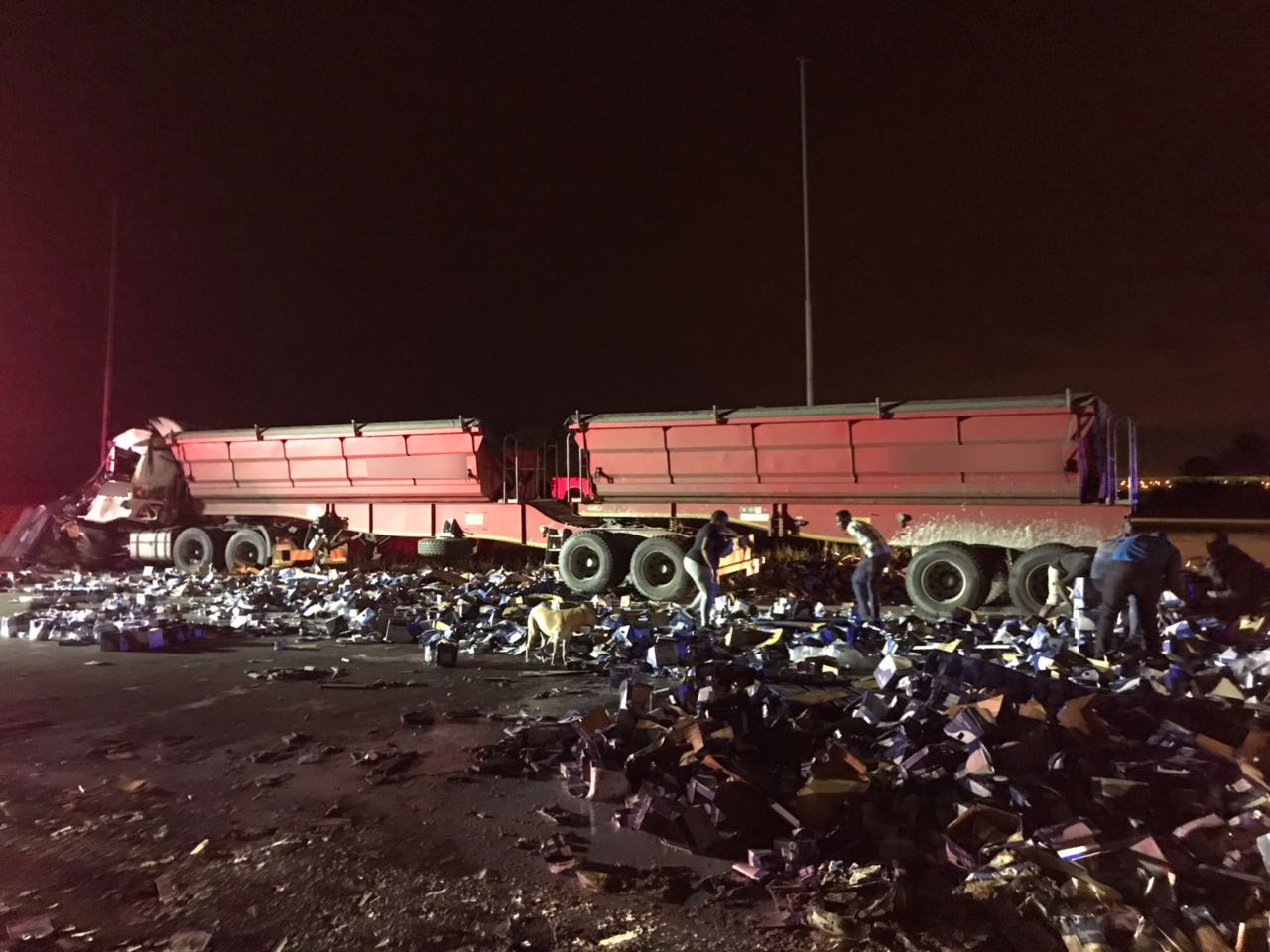 A man escaped serious injury when two trucks collided on the N12 Zuurbekom in Westonaria, late last night.
ER24 paramedics arrived on the scene to find one truck in the middle of the road while the second had pulled off to the side of the road. Cartons of milk, that had been on the back of one of the trucks, was spread across the entire scene.
Local authorities began to close off the road while paramedics assessed the truck drivers.
Upon assessment, paramedics found that one driver, a male, had sustained only minor injuries while the second driver escaped injury.
The man was treated for his injuries and was transported to a nearby hospital.
Local authorities were on the scene for further investigations.