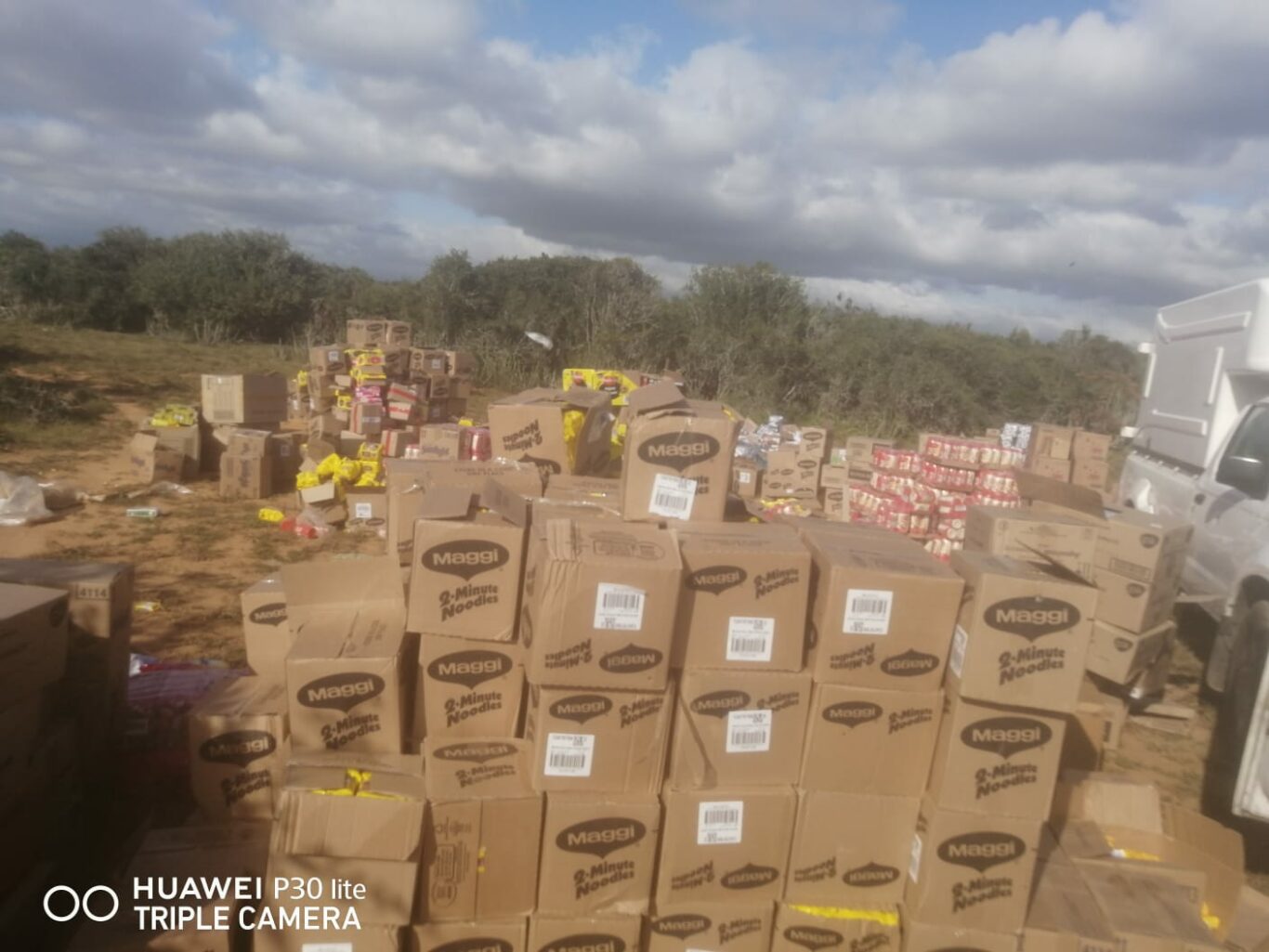 Members of the South African Police Service in the Nelson Mandela Bay District are making significant gains in the fight against trio crimes. Excellent collaboration between various SAPS units and a security company yielded positive results, when a truck with its load was recovered and two suspects were successfully apprehended today, Wednesday, 5 January 2022.

According to police information, the driver and his passenger were traveling in a Nissan UD truck, stocked with groceries on the N2 (close to John Tallant Road, Gqeberha) and were traveling towards Oudtshoorn. It is alleged that at about 03:10, a white Nissan NP200 bakkie suddenly drove past the truck and the passenger pointed the driver with a firearm and ordered the driver of the Nissan UD truck to pull off the road. The suspects then took control over the truck and the two victims were ordered to climb into the Nissan NP200 bakkie and were later dropped off in Motherwell.

After a few hours, the security company noticed that the truck driver was not traveling as scheduled and SAPS were roped in to assist. During a combined operation between various units, the Nissan UD truck was found abandoned at about 07:30 on the R75, outside Kariega, with some of the load missing. Further information was immediately followed up on and a large quantity of the grocery items was recovered at 09:00 on a farm close to the R75, Kariega. Two vehicles, a VW Caddy and a Nissan NP 300 vehicle were also found with some on the stolen property already loaded into the vehicles. The male driver (34) of the VW Caddy and a second male suspect (31) were arrested on the scene on charges ranging from hijacking to possession of the suspected stolen property. The estimated value of the stolen goods recovered amounted to more than R2.2 million.

The suspects are due to appear in the Kariega Magistrate’s court on Friday, 7 January 2022 on the said charges. More arrests are expected soon, as the Provincial Organized Crime Unit in Gqeberha is following up on further leads.