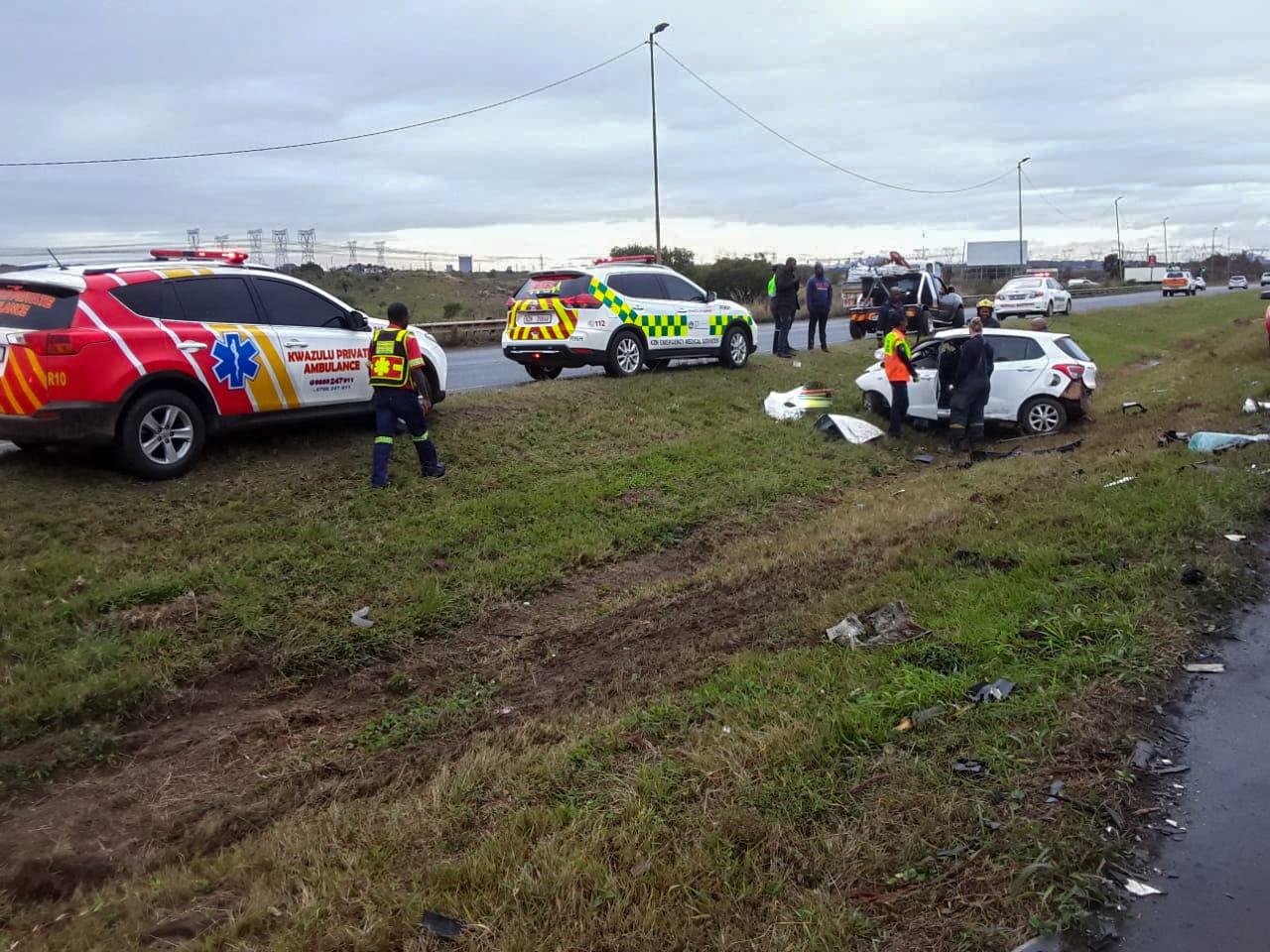 This morning Kwazulu Private Ambulance Service responded to the R34 John Ross highway for reports of a collision.

When emergency services arrived they found that a truck and car had been involved in a collision. The collision caused the car to overturn and rolled multiple times.

When emergency services arrived they found that two patients had sustained critical injuries, one of which had been ejected from the vehicle.

The patients were treated on scene before being transported to the hospital for further treatment.