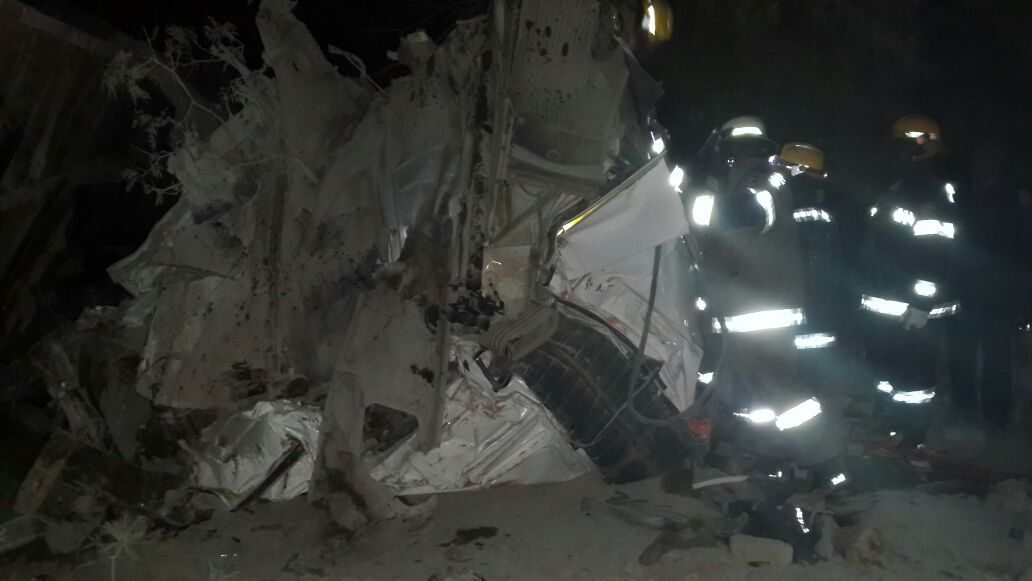 Two men have died after a truck full of cement veered off the road and overturned on the N1 between Carousel toll gate and Hammanskraal in Temba, Gauteng.

When Netcare911 paramedics arrived on scene, we found that the driver and passenger of the truck were trapped in the truck.

The fire department worked tirelessly for over two hours to extricate the two men out.

Once freed, after they were assessed by Netcare911 paramedics, it was found that the two men had already died due to their injuries.

The two were declared dead by Netcare911 paramedics.

This accident happened this morning at about 02h00.