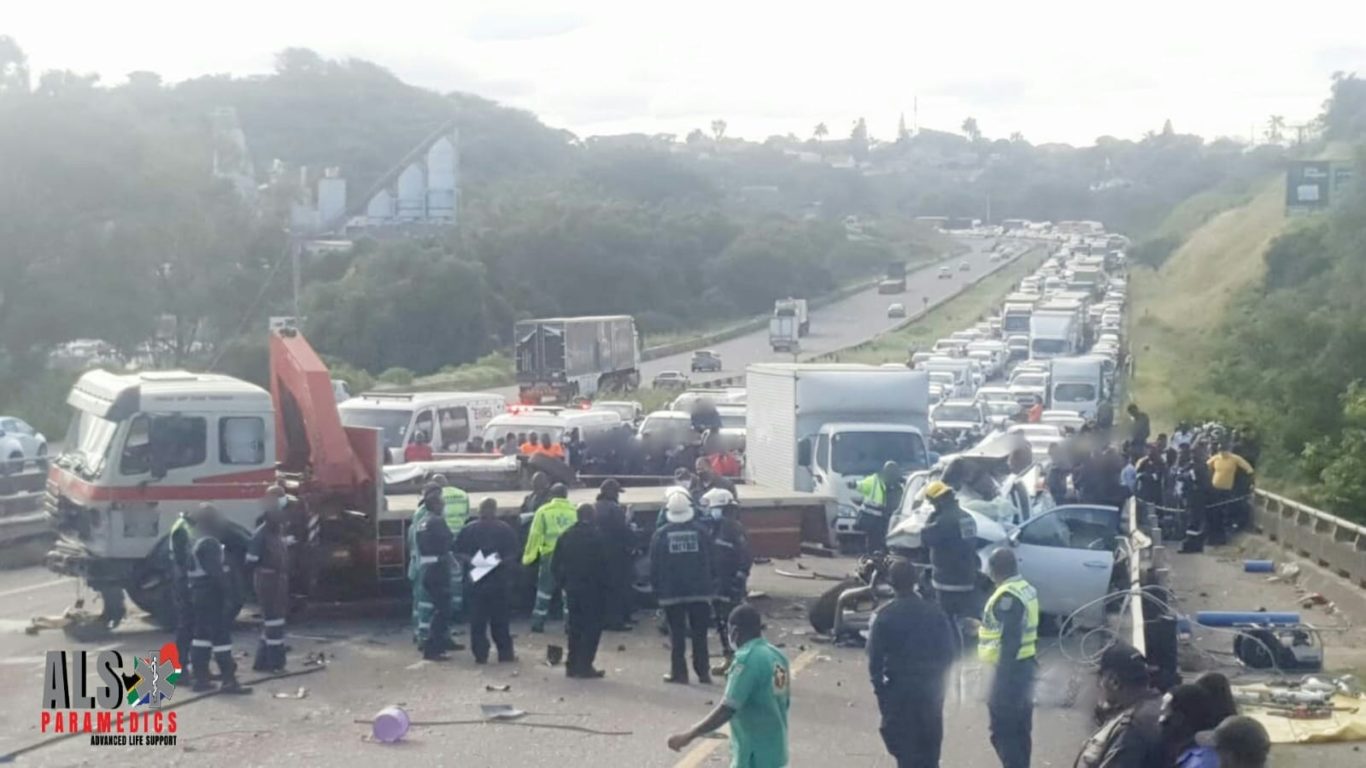 Two people have been killed and three others injured in a horrific accident on the N2 Southbound near the NPC Cement Factory just after 2pm on Friday afternoon.

KZN VIP Medical Paramedics arrived on the scene to find total carnage. A bakkie had lost control on the Northbound carriageway before crossing over the centre median and colling into three trucks and another bakkie on the Southbound carriageway. Two people sustained fatal injuries and were assessed by Paramedics however they showed no signs of life and both were declared deceased on the scene.

Three others sustained serious injuries and were stabilized on the scene before being transported to a nearby Durban Hospital for the further treatment that they required.

The N2 Southbound is completely gridlocked and has been closed.

At this stage, the events leading up to the accident are unknown however SAPS were on the scene and will be investigating further.