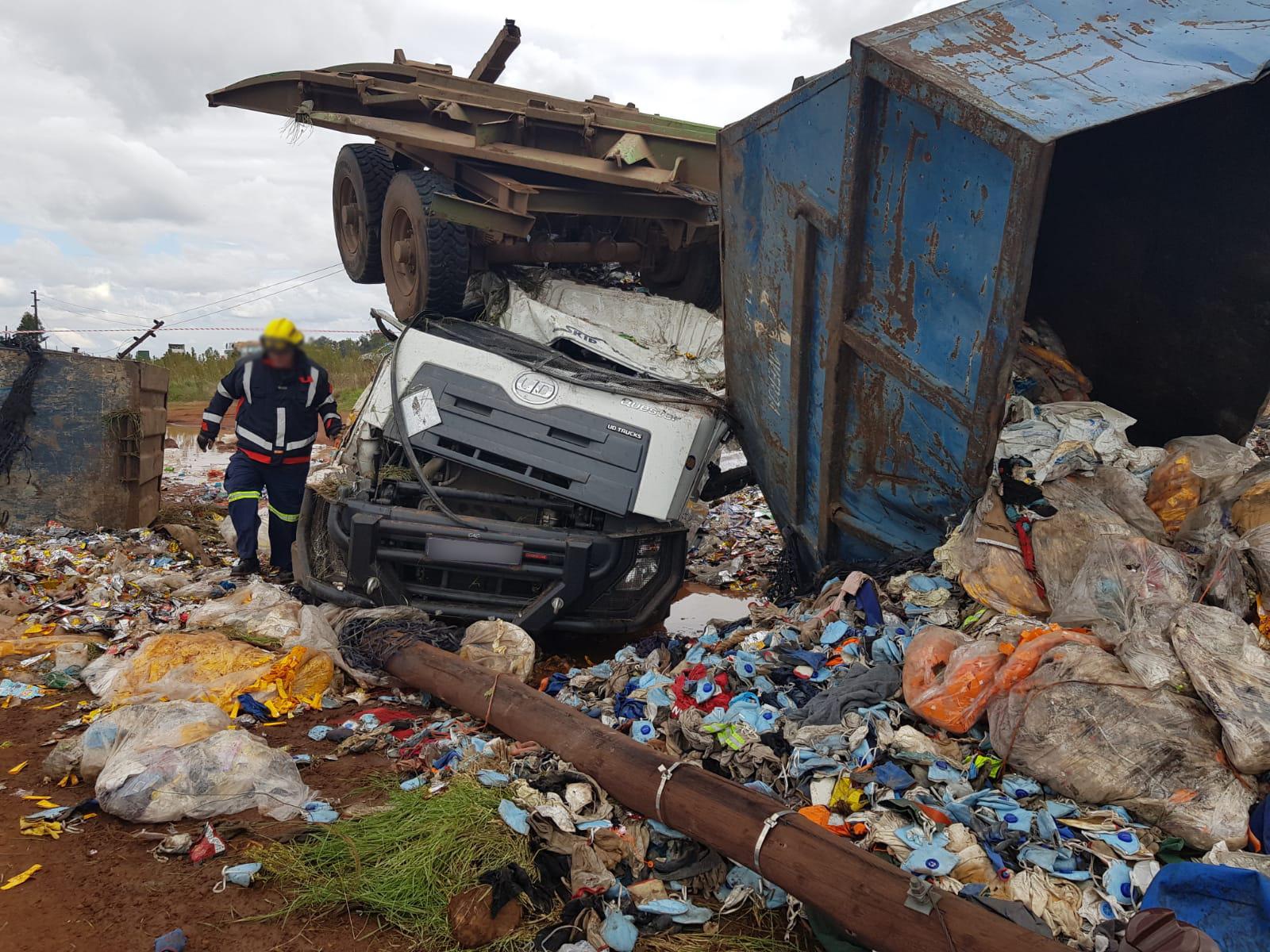 This morning, two men were injured, one critically, when two trucks collided on the R59 in Randvaal, Meyerton.

ER24 and the Midvaal Fire Services arrived at 11h03 to find one truck on top of another on the side of the road. One man was seen walking around while another man was trapped inside the one truck.

Medics assessed the patients and found that the entrapped man was in a critical condition while the other man had sustained moderate injuries.

A large crane was called to the scene to lift one truck off the other. Once completed, the Fire Services had to use specialised equipment to free the man from the truck.

Medics treated the men and provided the critically injured man with advanced life support before they were transported to a private hospital for urgent treatment.