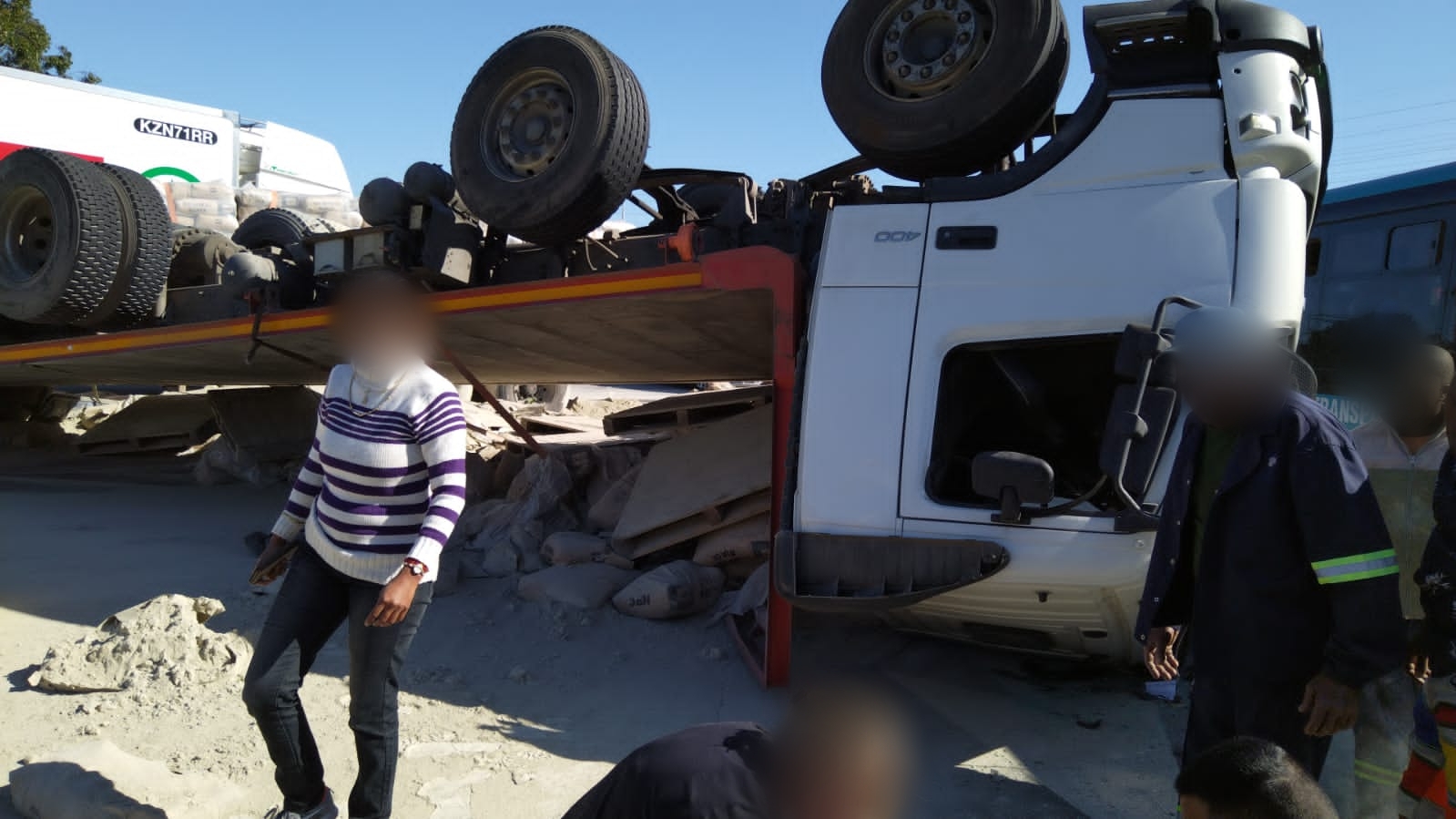 Netcare 911 responded to a collision on Chris Hani Road near the N2 in Avoca.

Reports indicate that the driver of a heavy motor vehicle transporting Cement lost control resulting in a rollover.

Medics assessed two adult males from the truck who had sustained moderate injuries.

The patients were treated on scene and once stabilised were transported by ambulance to the hospital.