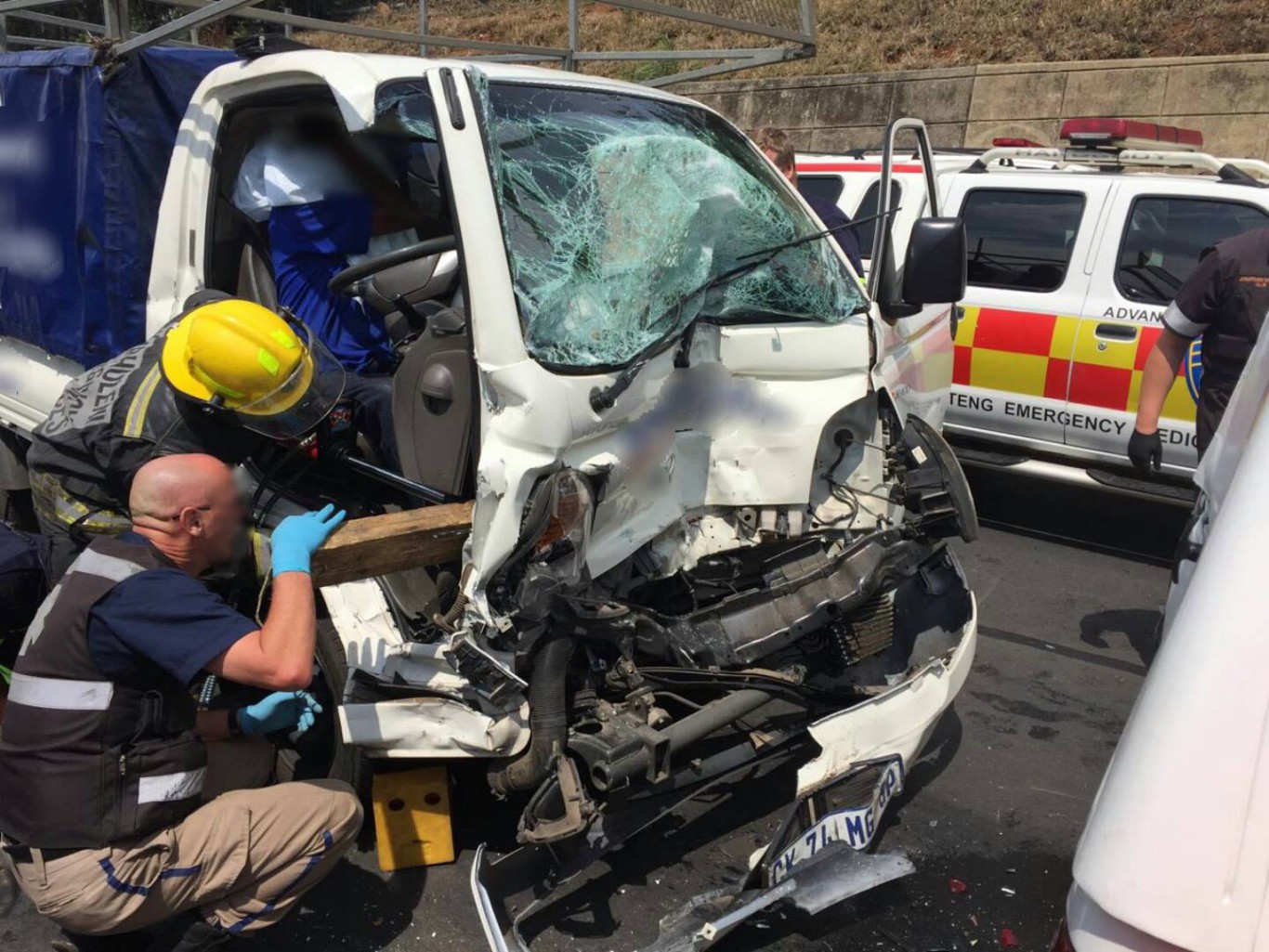 Two people were injured after a five-vehicle pile-up on the N3 North between Van Buuren and the Gillooleys Interchange, Bedfordview.

The driver of a delivery vehicle was entrapped and sustained moderate injuries that required Advanced Life Support intervention.

The patient was treated by paramedics while Ekurhuleni Fire and Rescue used the “jaws of life” and other specialised tools to free the driver from the wreckage.

Once extricated the driver was transported by EMER-G-MED to Netcare Union Hospital for further management.

The second patient was transported by another private ambulance service.

EMPD were on the scene to investigate the exact cause of the collision. 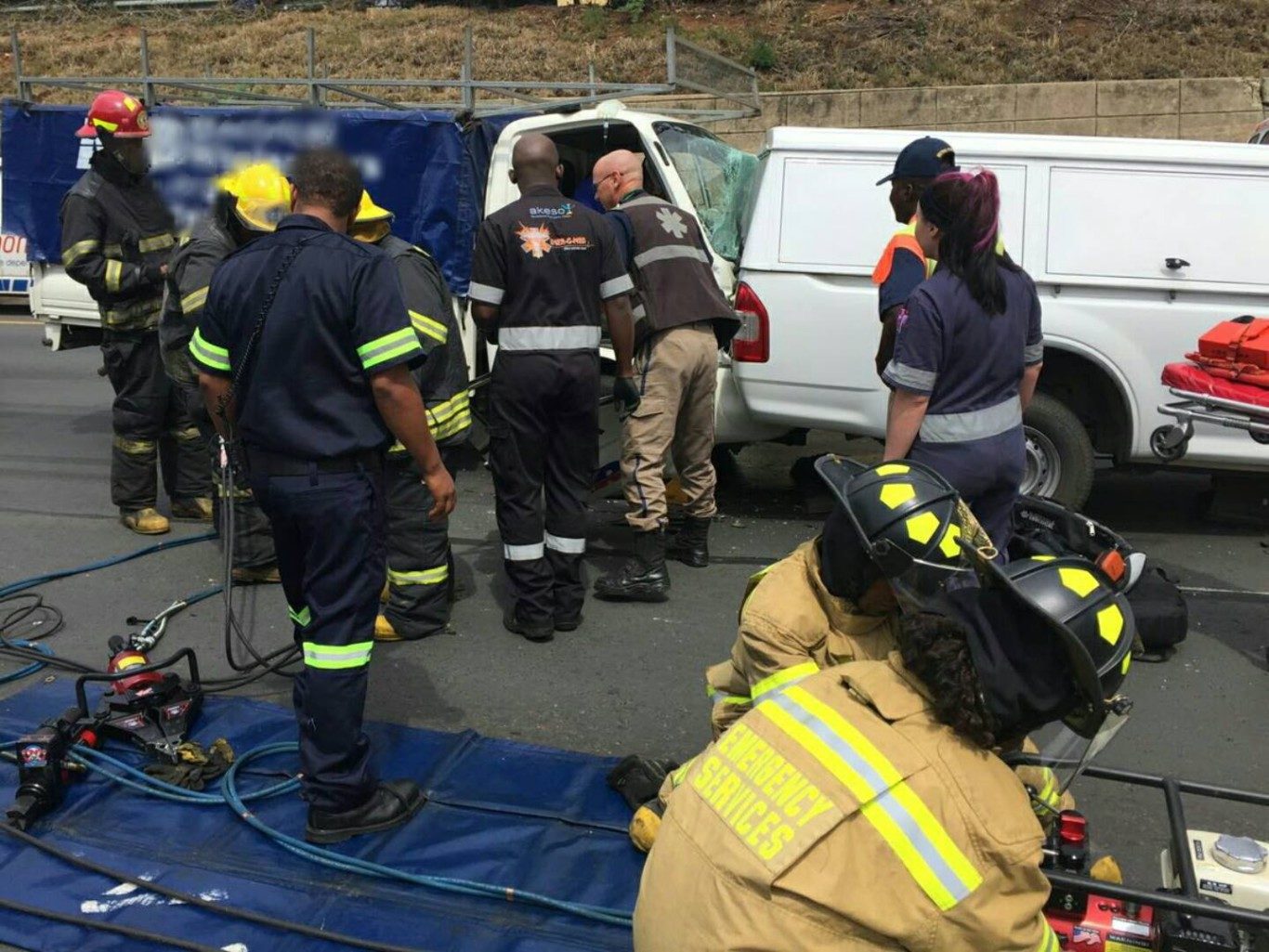 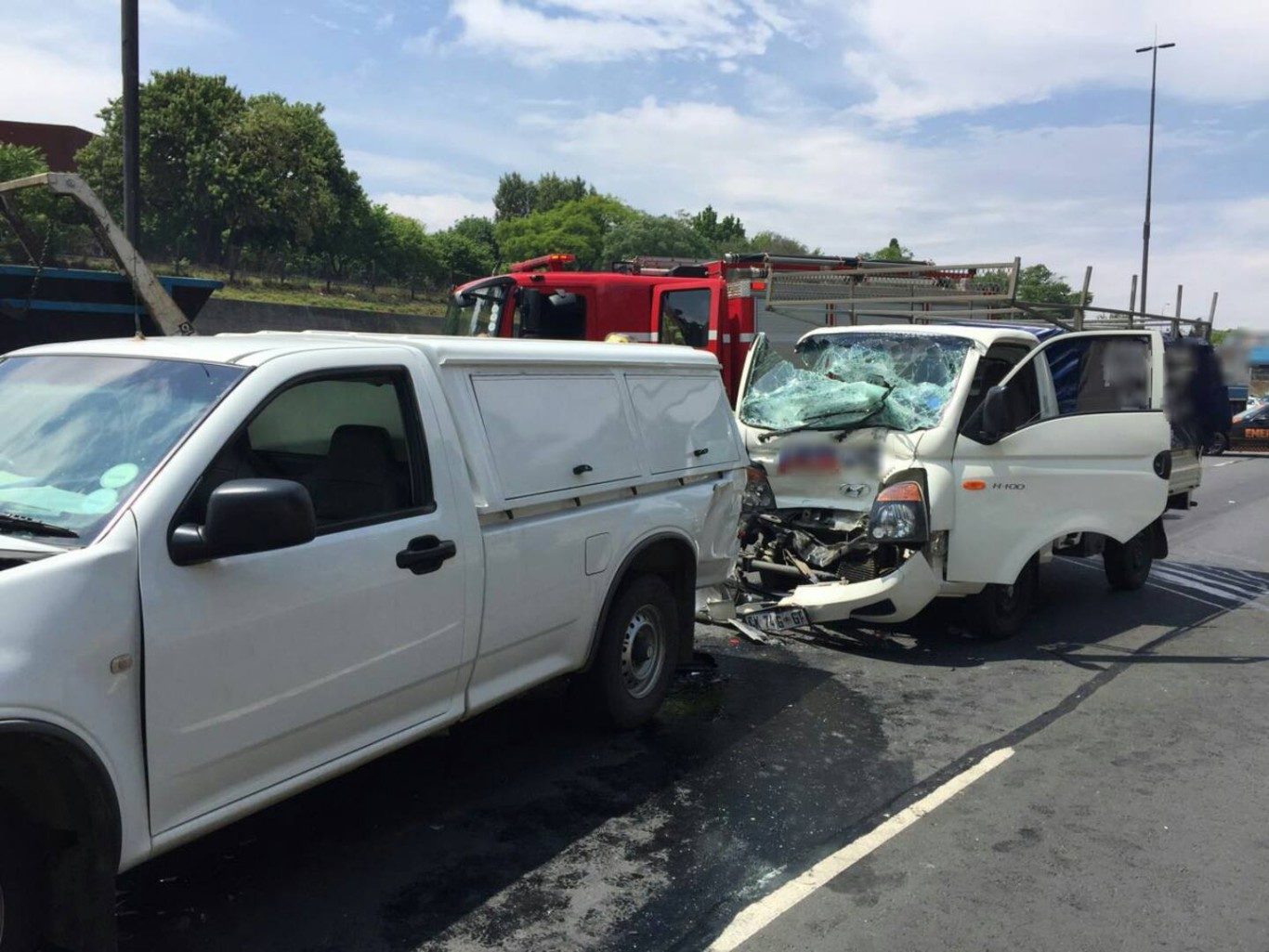