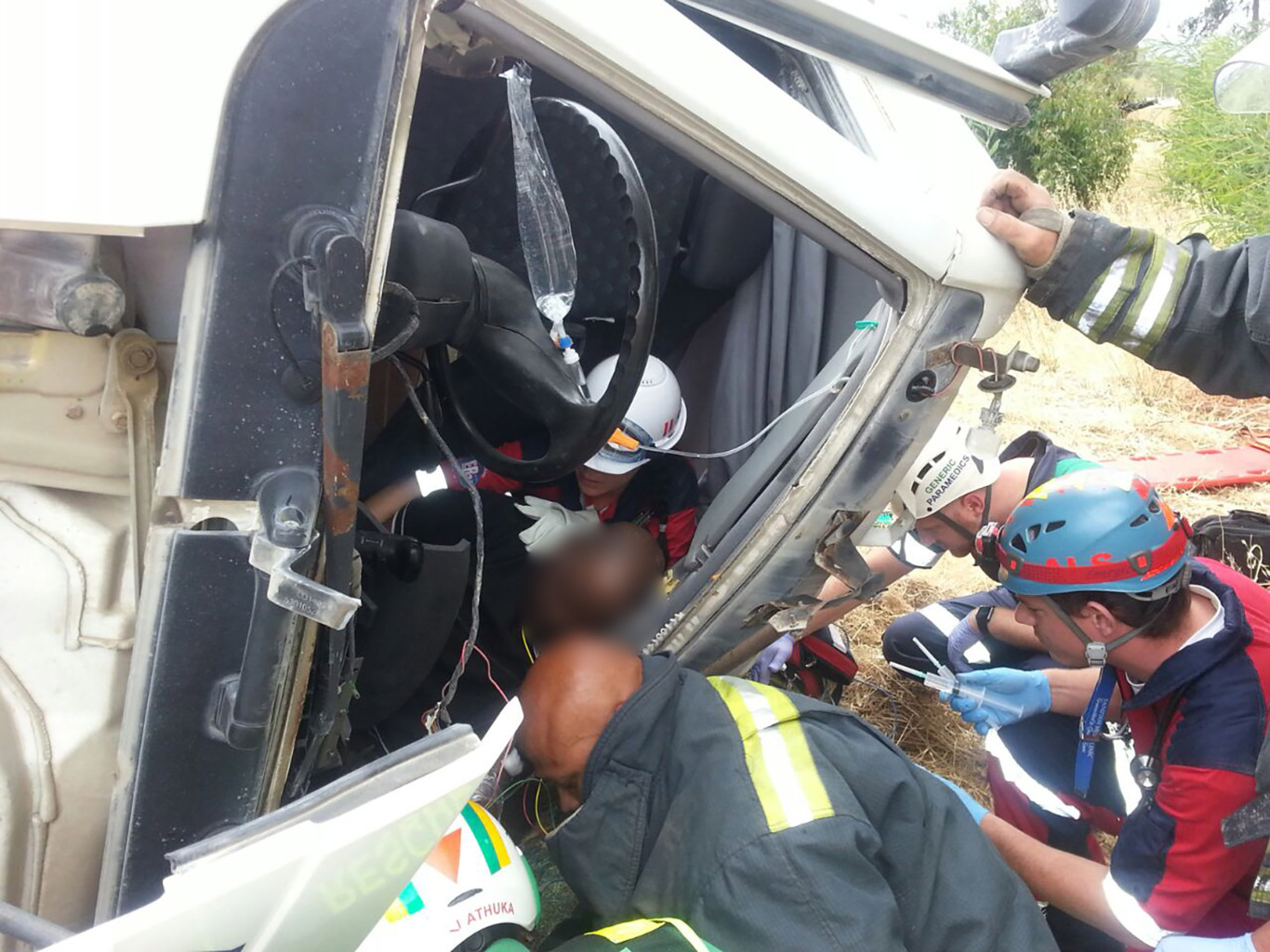 Two people were injured when a cement truck overturned on the N2 opposite Somerset West Mall this afternoon.

Shortly before 12pm paramedics from ER24, Life Healthcare, Metro Rescue and Fire Services arrived on the scene where they found the overturned truck on the side of the road. One of the occupants were still trapped inside of the truck. Metro Rescue and Fire Services used specialised medical equipment to free the trapped occupant in the vehicle. Once freed, they could continue their treatment on the injured man.

The driver of the truck sustained moderate injuries. He was also assessed and treated on the scene.

Both occupants were later transported to Helderberg Hospital for further medical care.

The exact cause of the incident is not yet known. Local authorities attended the scene.