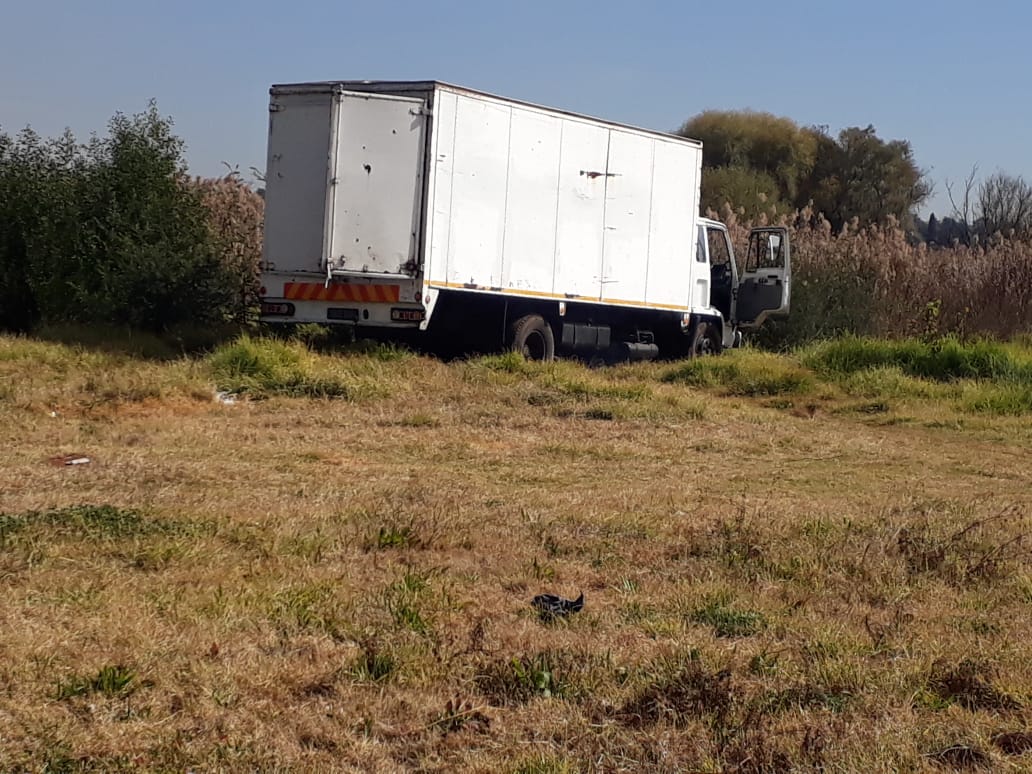 It is alleged that the driver and his crew were driving along Electron Road in Spartan when a Toyota Fortuner and a silver grey Audi intercepted the truck. The complainant further alleged that two suspects, armed with rifles came out of the Audi pointed them and instructed them to get out from of the truck.

The victims complied and were taken into different cars, drove with the driver to Fittier Road Cressalon. At the corners of Fittier Road and Birch Road, the hijacked truck arrived, driven by suspects accompanied by another 8 ton truck. The suspects forcefully opened the truck from the back which was loaded with boxes containing cellphones. The crew was dropped at Greydon, not far from Cressalon.

The suspects started offloading goods from the hijacked truck to an empty white truck. During the process of offloading, a Community Policing Forum (CPF) member from Zebenza SAPS saw the suspicious activity and summoned the police and other security companies to the scene.

The Police and security officers from Alpha responded swiftly and managed to arrest one suspect who was left behind while other suspects fled the scene using different vehicles (white Nissan Amarok, Gold Audi, black Hyundai Getz and the truck which they were offloading into). During the offloading of goods to another truck, two security officers from Gautrain who were patrolling in the area were robbed of their unmarked Toyota bakkie keys.

At around 11:30, the security officers from PNC spotted the suspects’ truck at corners of CR Swart Road and Besembos Street, Edlleen. Upon noticing that security officers from PNC are following them, the driver sped off and a chase ensued causing the truck driver to veer off the road into an open field next to Builders warehouse, Besembos Street, Edleen.

A total of four suspects alighted from the truck in an attempt to evade arrest and they fled into the bushes. PNC security officers managed to arrest one suspect. In the truck police recovered +-20 boxes and one pallet wooden box containing cellphones.

The arrested suspects aged 38 and 39 will soon appear in the Kempton Park Magistrate’s Court facing charges of truck hijacking and possession of suspected stolen property.