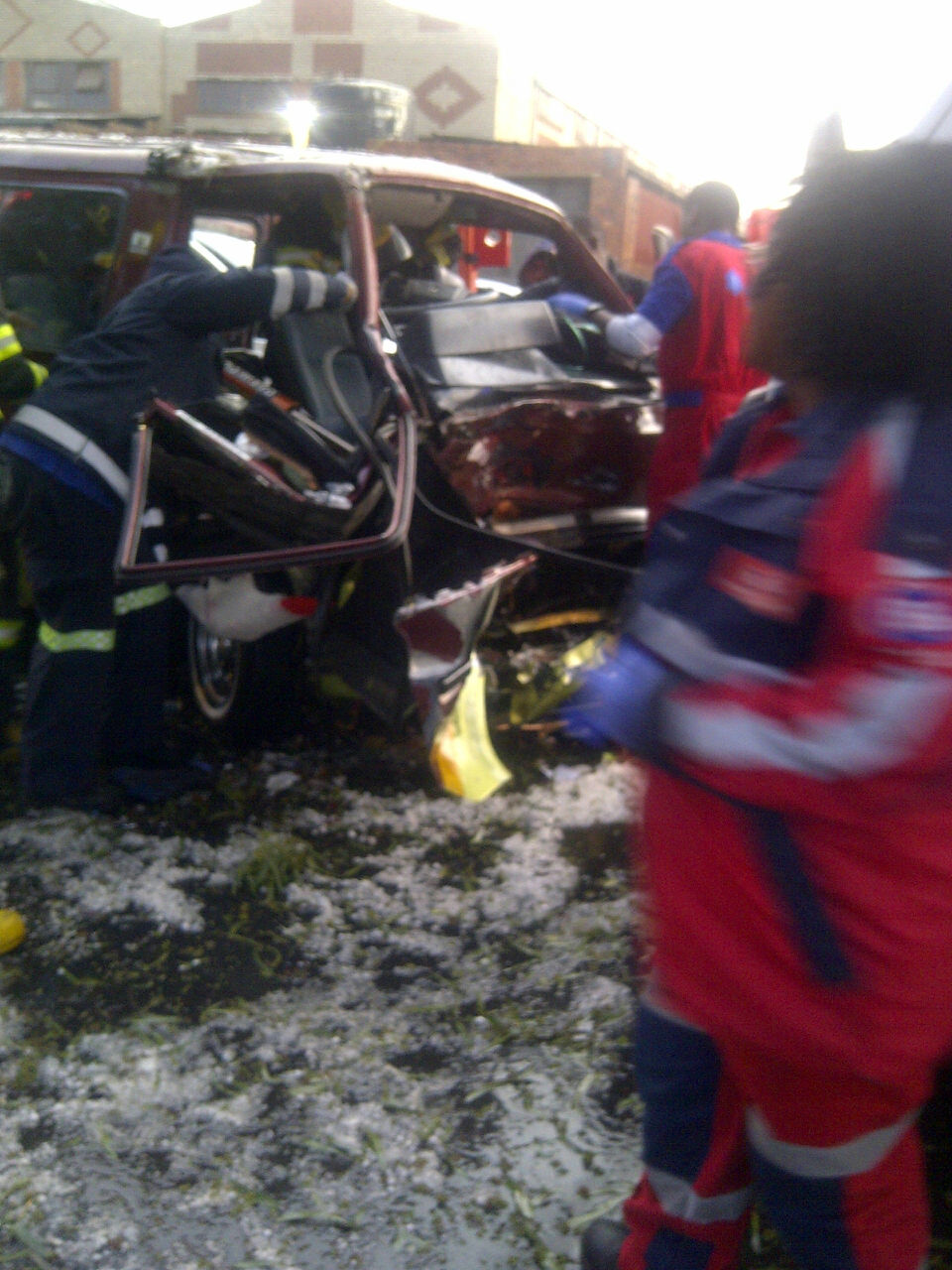 Four people were injured this afternoon, one critically, after a taxi and truck collided at the Lenasia and Albert Drive intersection in Lenasia.

ER24 paramedics arrived on the scene shortly after 17h00 and found both the truck and taxi in the middle of the road. Both vehicles had sustained a large amount of damage in the collision.

On assessment, paramedics found the male taxi driver lying trapped in his vehicle in a critical condition. Rescue services used specialised tools to extricate the man in a 10-minute operation.

Once freed, paramedics treated the man and provided him with advanced life support interventions.

Three other patients, including the truck driver, were found having sustained only minor to moderate injuries.

All the patients were treated and transported to nearby hospitals, including Baragwana the Hospital, for further treatment.

The exact cause of the collision is not yet known but local authorities were on scene for further investigations. 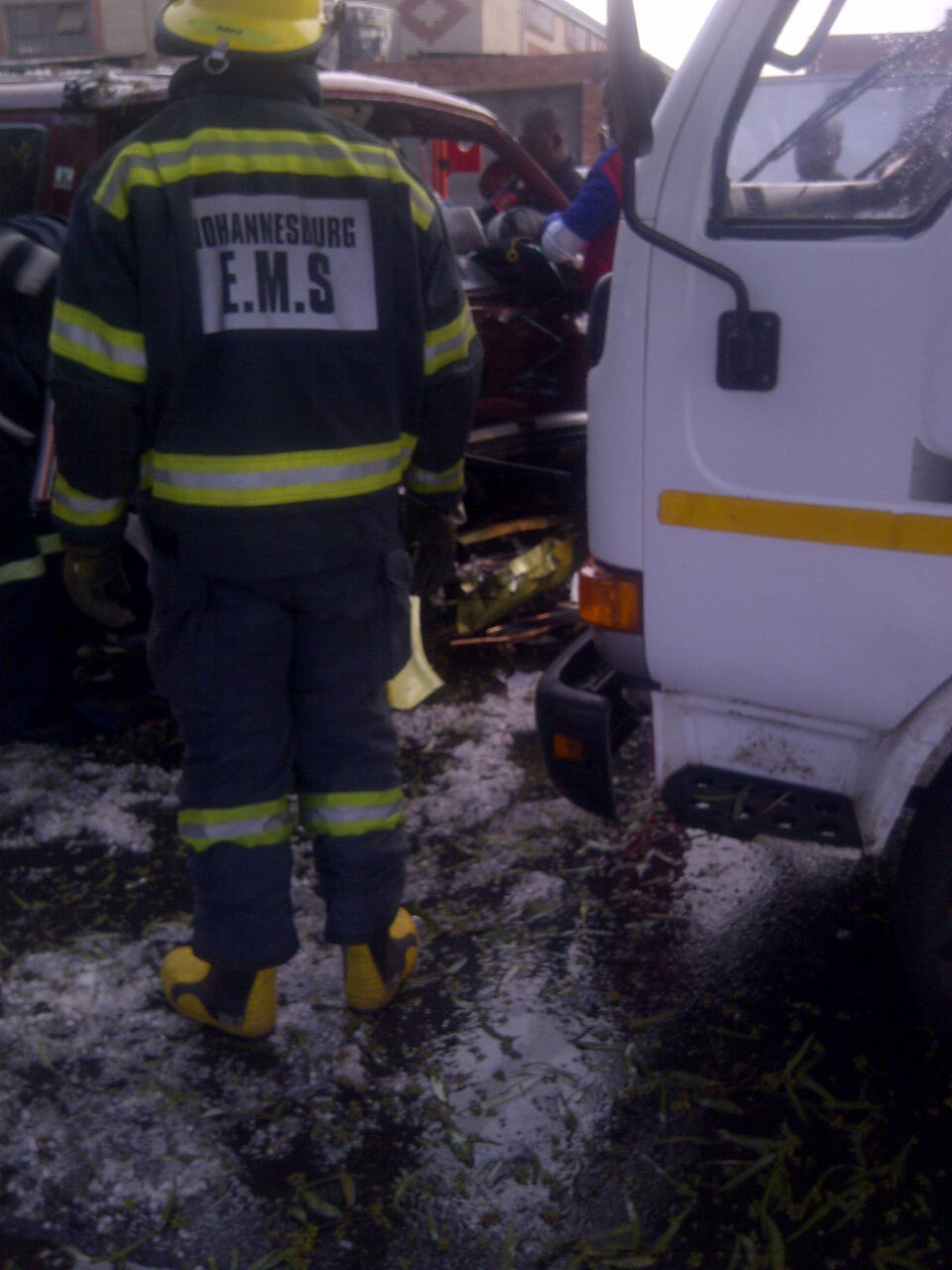