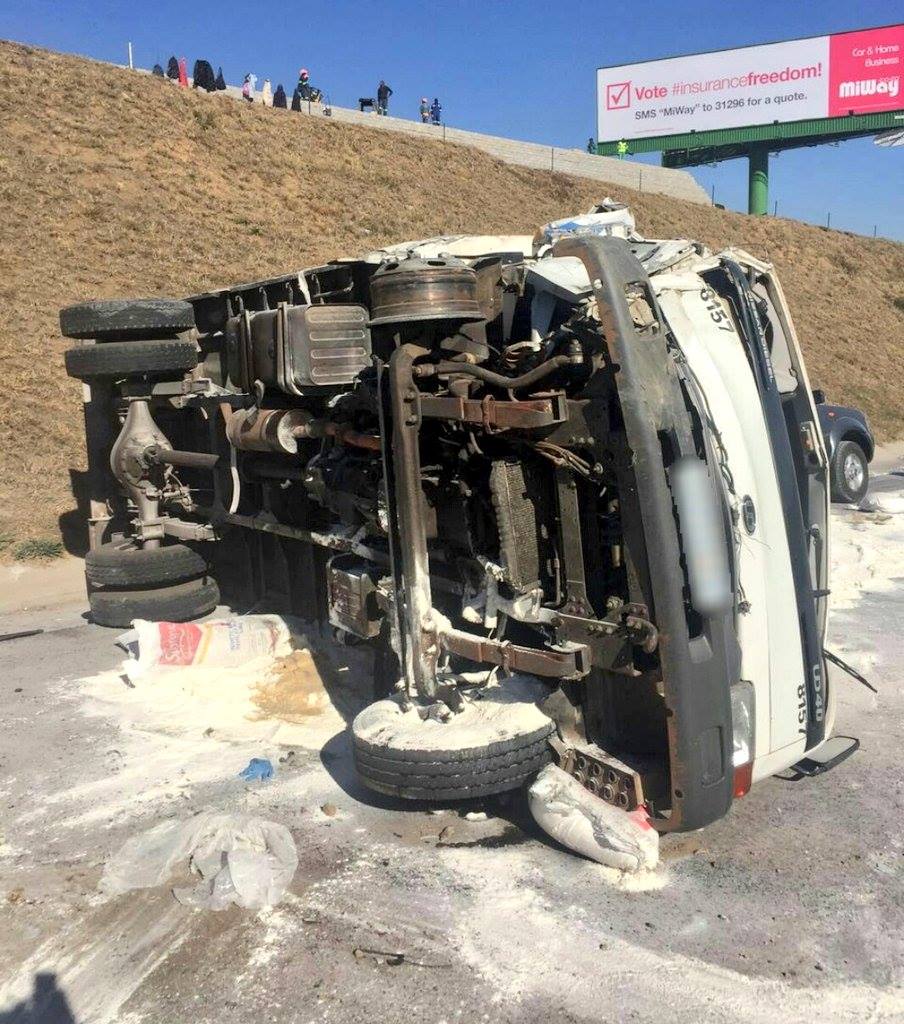 Shortly after 2.30pm this afternoon EMER-G-MED’s RV6, M06 and A06 alongside other services were dispatched to reports of a truck that rolled on the N1 South after the Allandale Road offramp in Midrand – north of Johannesburg.

On arrival paramedics found the truck lying on it’s side in the slow lane, having lost control and rolled after one of it’s tyres burst.

Two men were found to have been injured in the collision, with one of men having sustained critical injuries.

Paramedics worked to stabilise the critically injured man, who had sustained serious injuries to his head and spine, providing Advanced Life Support care. The man was intubated and placed on a ventilator while the Netcare911 Aeromedical Helicopter was called to the scene.

Once stabilised the critically injured man was airlifted to Netcare Milpark Hospital, which is one of the few recognised Level 1 Trauma centres in Gauteng, for urgent specialist care.

The other patient, who had sustained moderate injuries, was transported to hospital by road.

The highway’s traffic was severely affected and motorists can still expect heavy delays in the area during clean-up and police investigations. 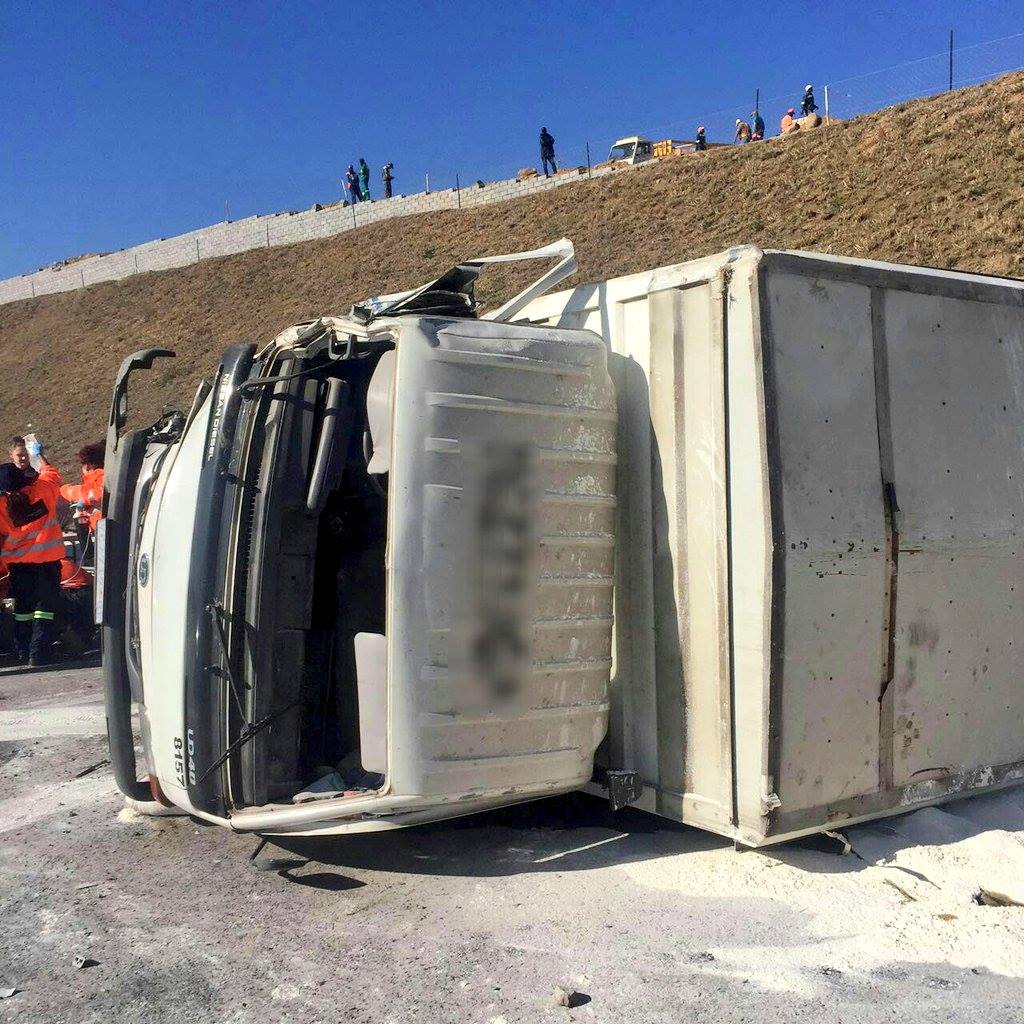 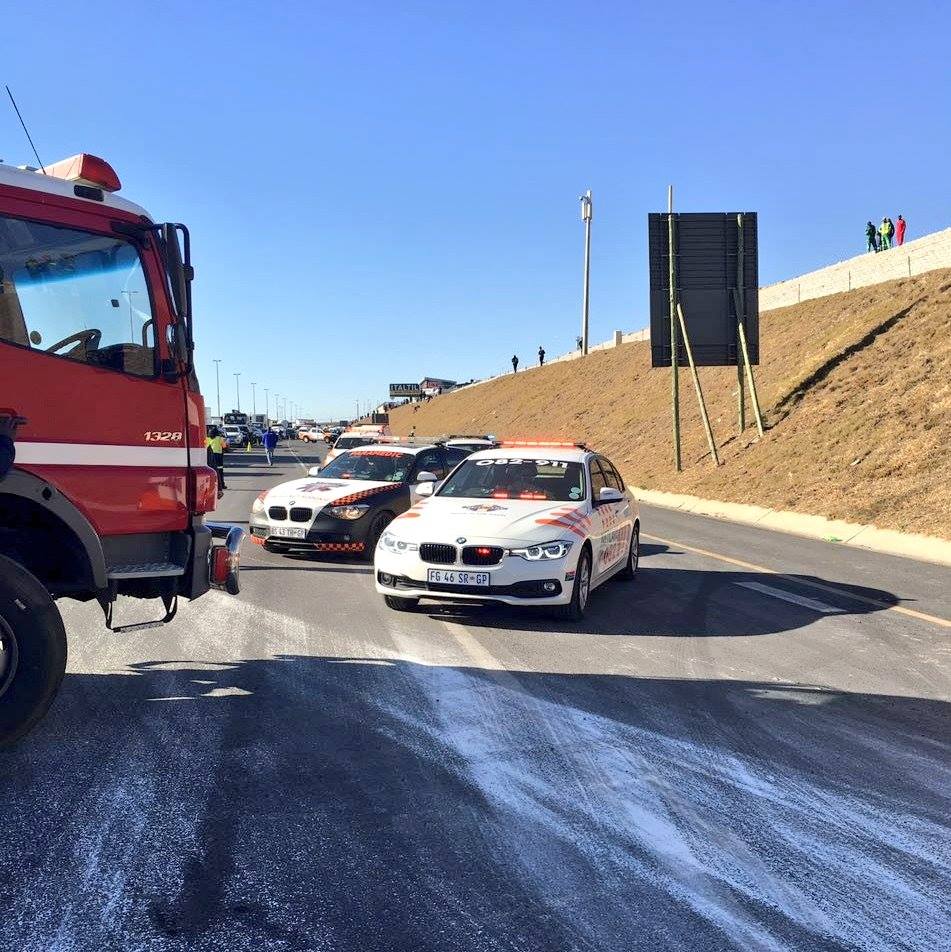 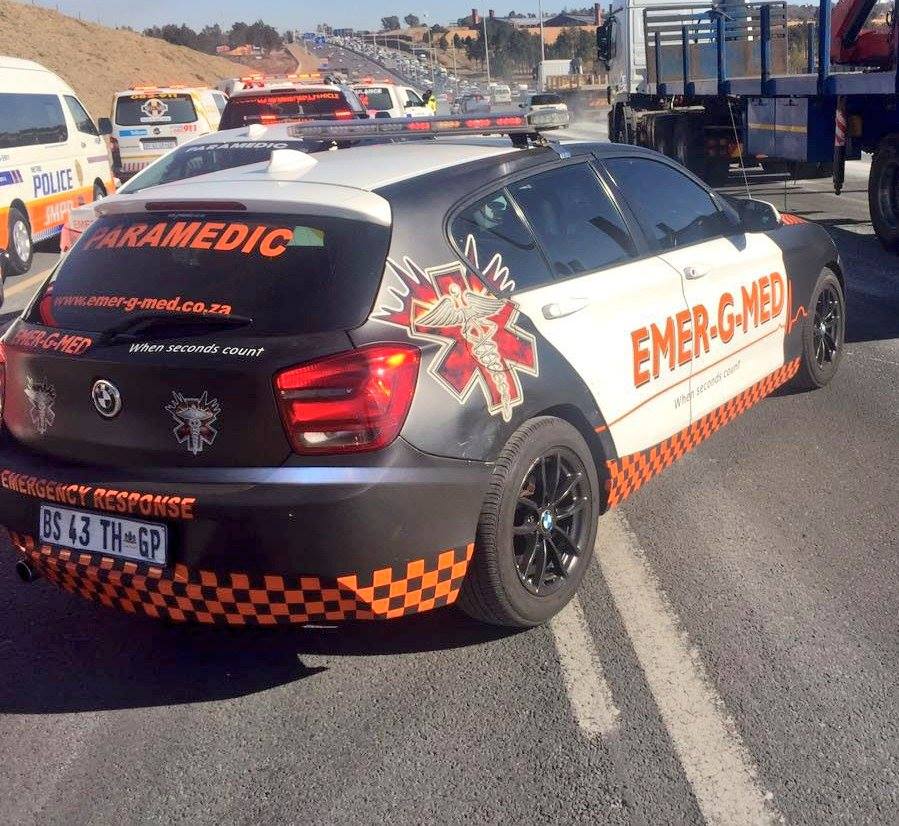