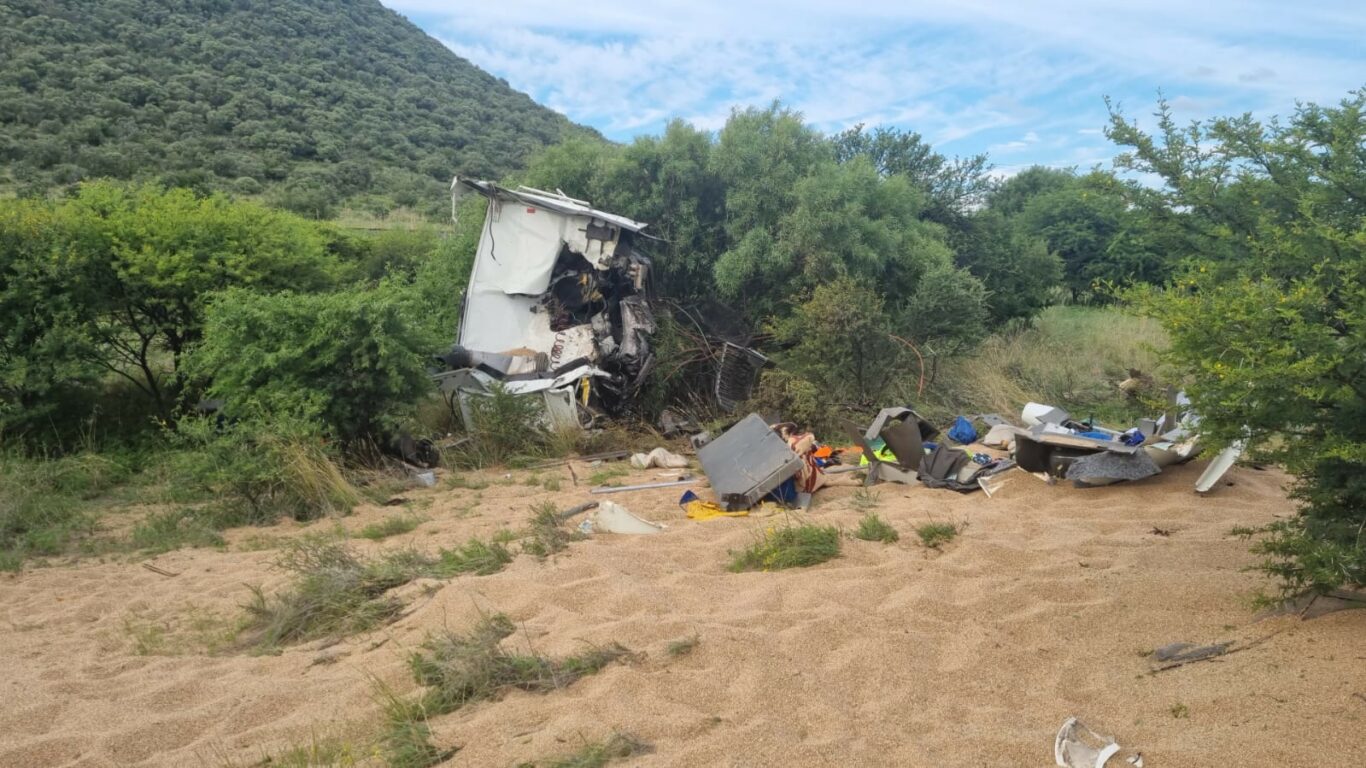 VRMED responded at 17:05 to a report of a truck loaded with grain that overturned after a wheel had a blowout on the N8 close to De Brug.

On arrival, crews found the driver and passenger with serious injuries lying next to the wreck. VRMED medics stabilised both patients on the scene before transporting both to Pelonomi hospital for further care.

The scene was handed over to SAPS for further investigation.