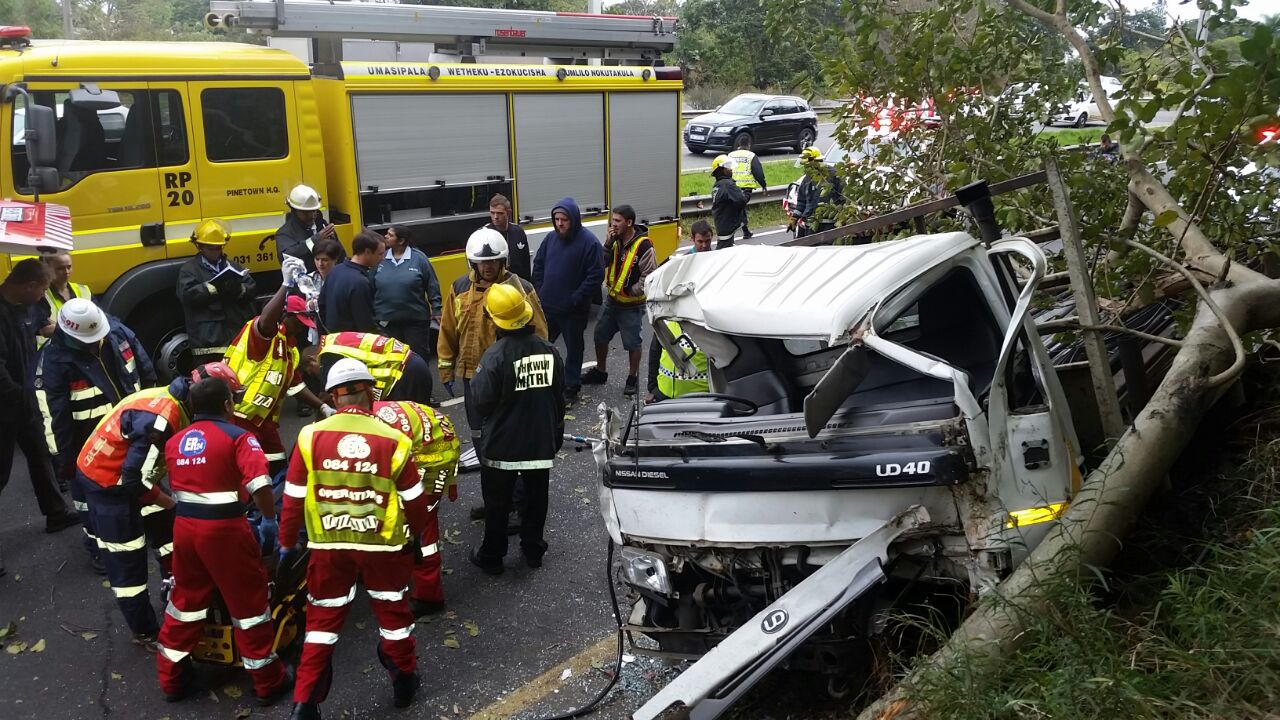 Two men were injured, one seriously, after a truck rear-ended a taxi on the M13 near the N3 split in Pinetown, KwaZulu Natal, this morning.

ER24 paramedics arrived on the scene at 09h07 and found a medium-sized truck on the left side of the road against a small tree. A taxi had stopped further up the road, also to the left side.

On inspection, paramedics found a man in his 20s lying trapped inside the truck in a serious condition. The driver of the taxi was found walking around on the scene, having sustained moderate injuries.

Rescue paramedics had to use specialised rescue equipment to free the man from the truck in a 20-minute operation. Once freed, paramedics carefully extricated the patient.

Paramedics treated both patients and provided the truck driver with advanced life support interventions. Both patients were transported to Westville Hospital for further treatment.

The cause of the collision is not yet known but local authorities were on the scene for further investigations.

Traffic was heavily affected due to the collision.