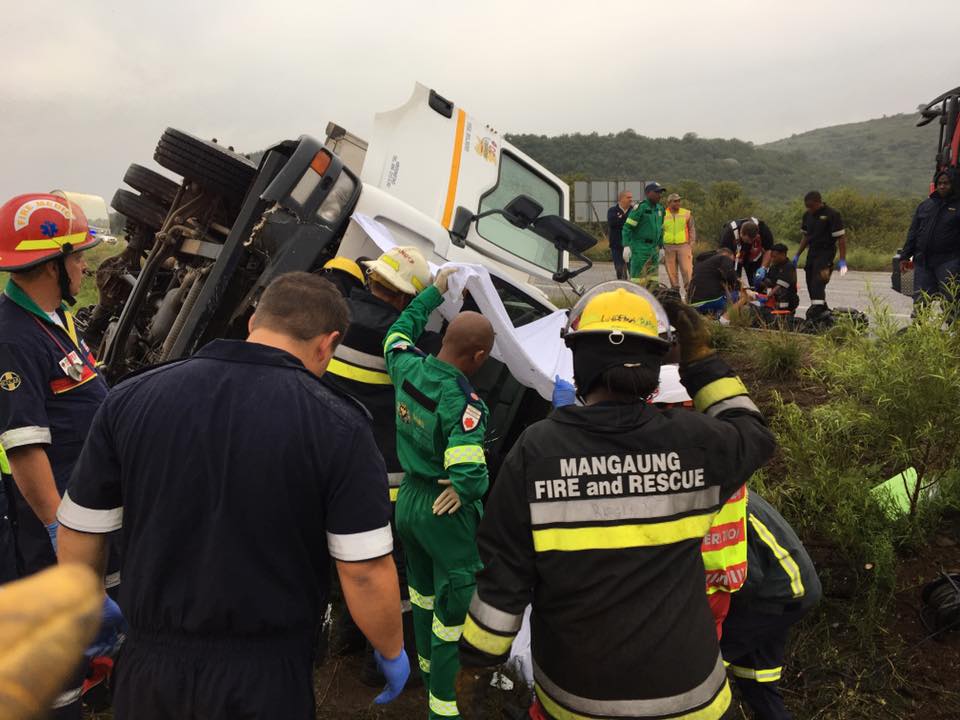 The two passengers of this truck sustained serious injuries after it overturned and landed in a storm water trench on Raymond Mhlaba Street outside Bloemfontein late this afternoon.

Both were partially trapped under the truck and specialised equipment had to be used to free them, after which they were both treated on scene for their injuries before being transported to Pelonomi Hospital for further care.

The driver was lucky to escape with only minor injuries. Members of Mangaung Fire and Rescue, Free State College Of Emergency Care, ER24 EMS (Pty) Ltd., Netcare911, Med 24/7 Ambulance and Life Rosepark Hospital ALS worked together closely to free and treat the patients.