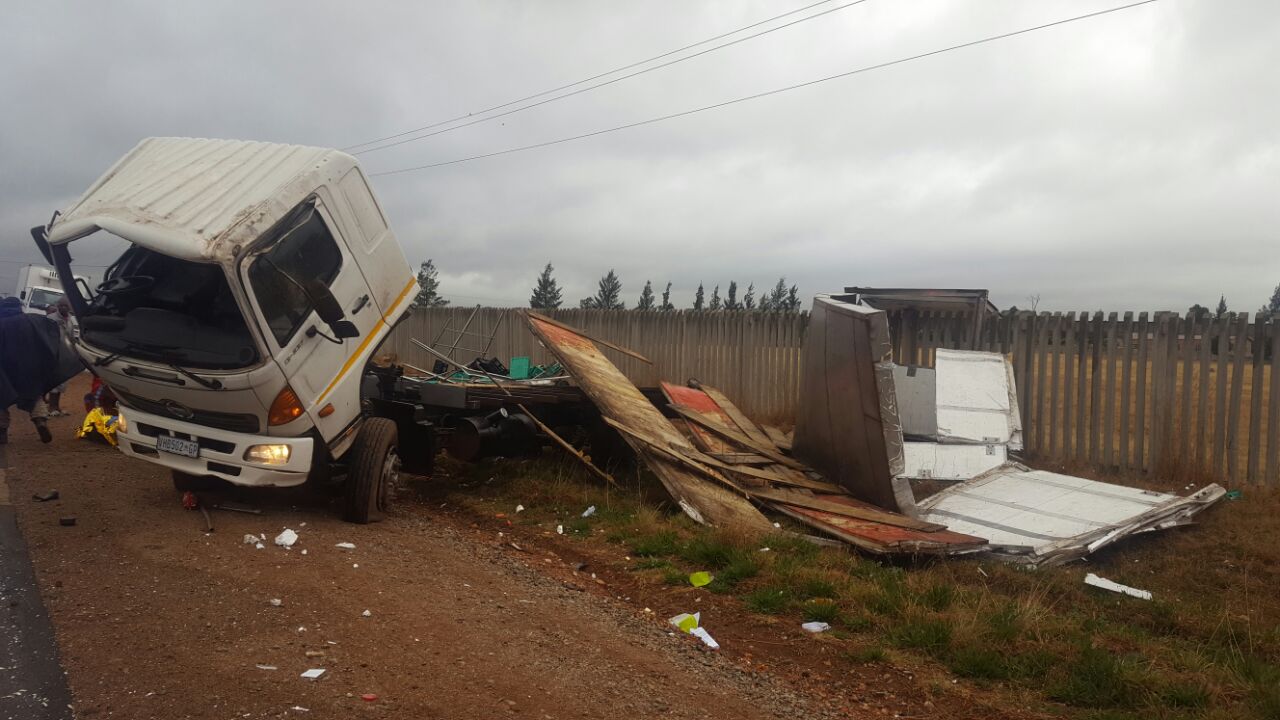 Two men were injured this morning after a delivery truck rolled at the Glen Gory and Elm Road intersection in Benoni AH.

ER24 paramedics, along with Provincial services, arrived on the scene and found the wrecked truck on the side of the road. The load of vegetables that the truck had been carrying was now spread across the scene.

On assessment, paramedics found that both men had been ejected from the truck and we’re now lying a few feet away.

Both men were assessed and found to have sustained only moderate injuries.

The patients were treated for their injuries and thereafter transported to Sunshine Hospital for further treatment.

The cause of this incident are not yet known but local authorities were on scene for further investigations.