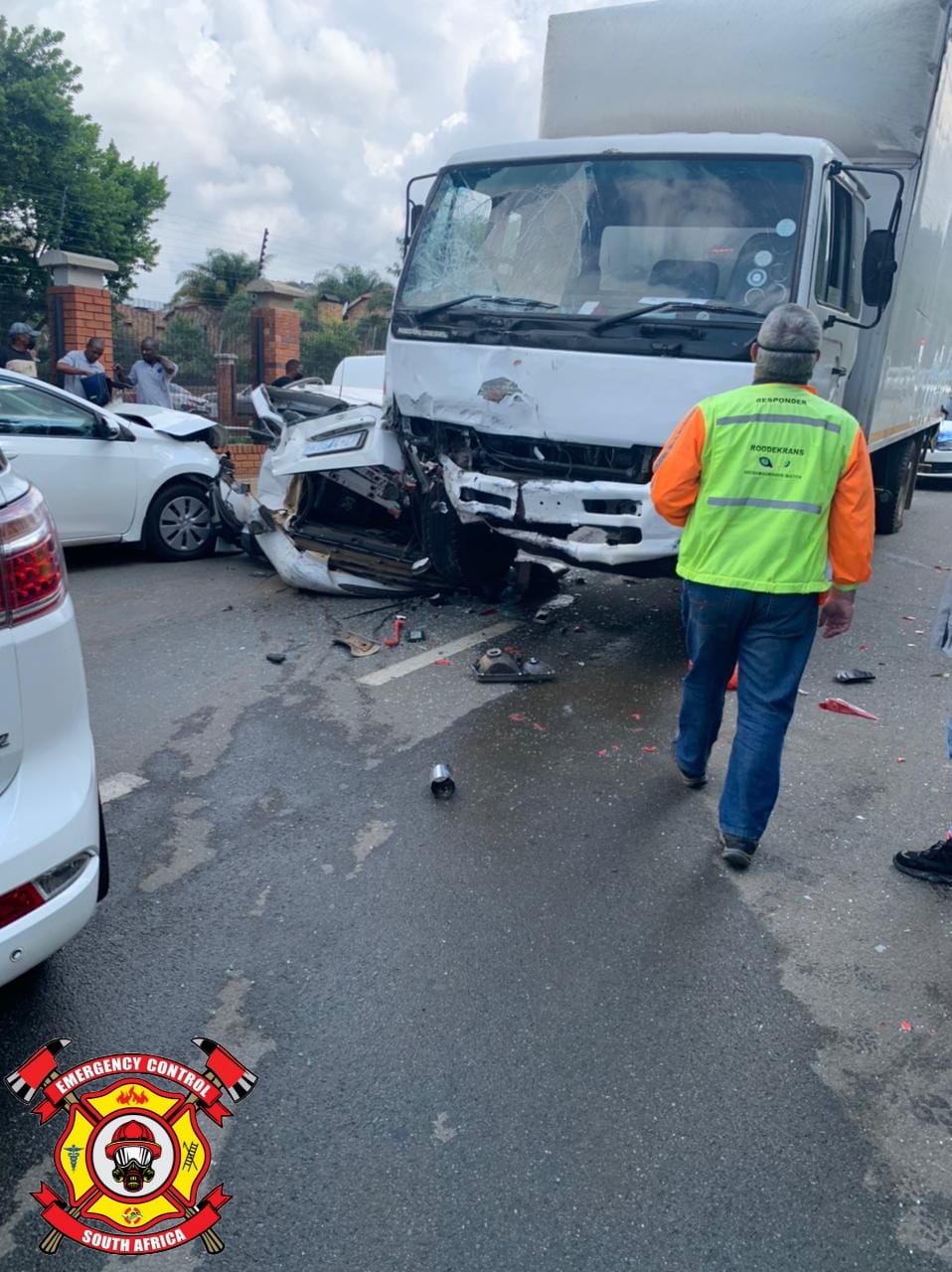 ECSA received an urgent call for assistance on an RNW Community group, with regards to a truck that had lost control going down Doreen road.

ECSA crews were immediately dispatched to the incident, upon arrival Crews assessed the scene and found that a total of 10 vehicles were involved.

Multiple vehicles from ER24 were on scene assessing the patients involved and transported patients to a nearby facility accompanied by a Netcare911 Paramedic.

ECSA crews assisted the city of Johannesburg with scene safety and cleanup.