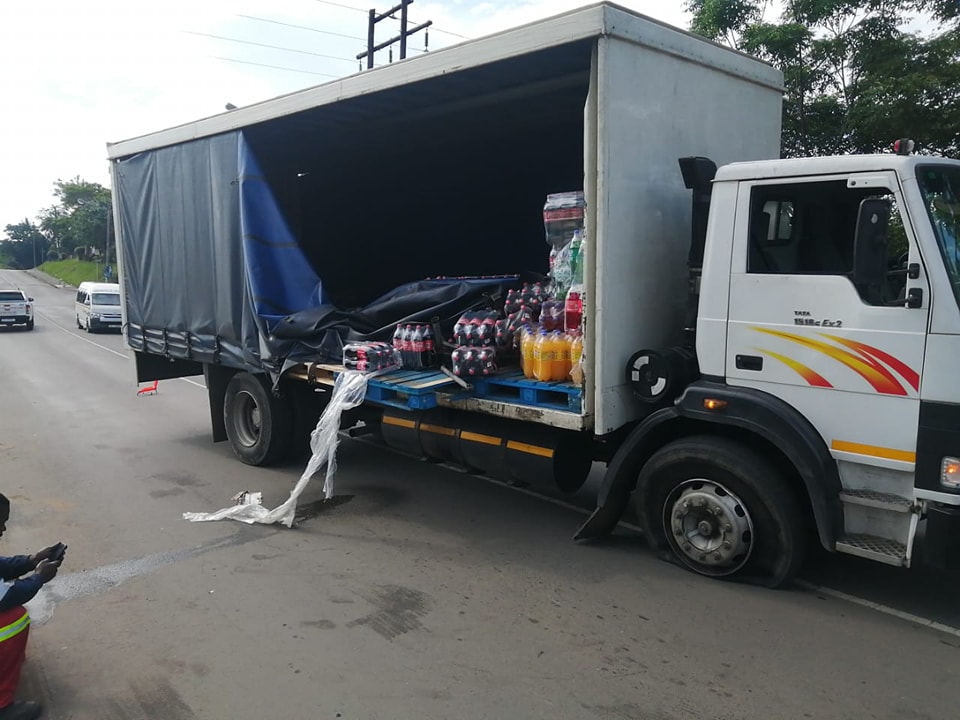 A truck transporting cool drinks lost part of its after following a blowout on Moss Street in Verulam, KZN today (Monday).

Members of Reaction Unit South Africa (RUSA) arrived on the scene at approximately 15:37. Reaction Officers discovered that several pallets of 2-litre cool drinks had torn through the canvas sides of the truck & fell on the road and a neighbouring property. The public helped themselves to the cargo until the arrival of Reaction Officers who secured the scene.

According to the driver of the Tata truck, he was turning onto Moss Stree from Russom Street when the right-front tyre on his vehicle burst. The truck suddenly swerved and knocked into the pavement which caused the load to fall off the truck.

The occupants of the truck were not injured.