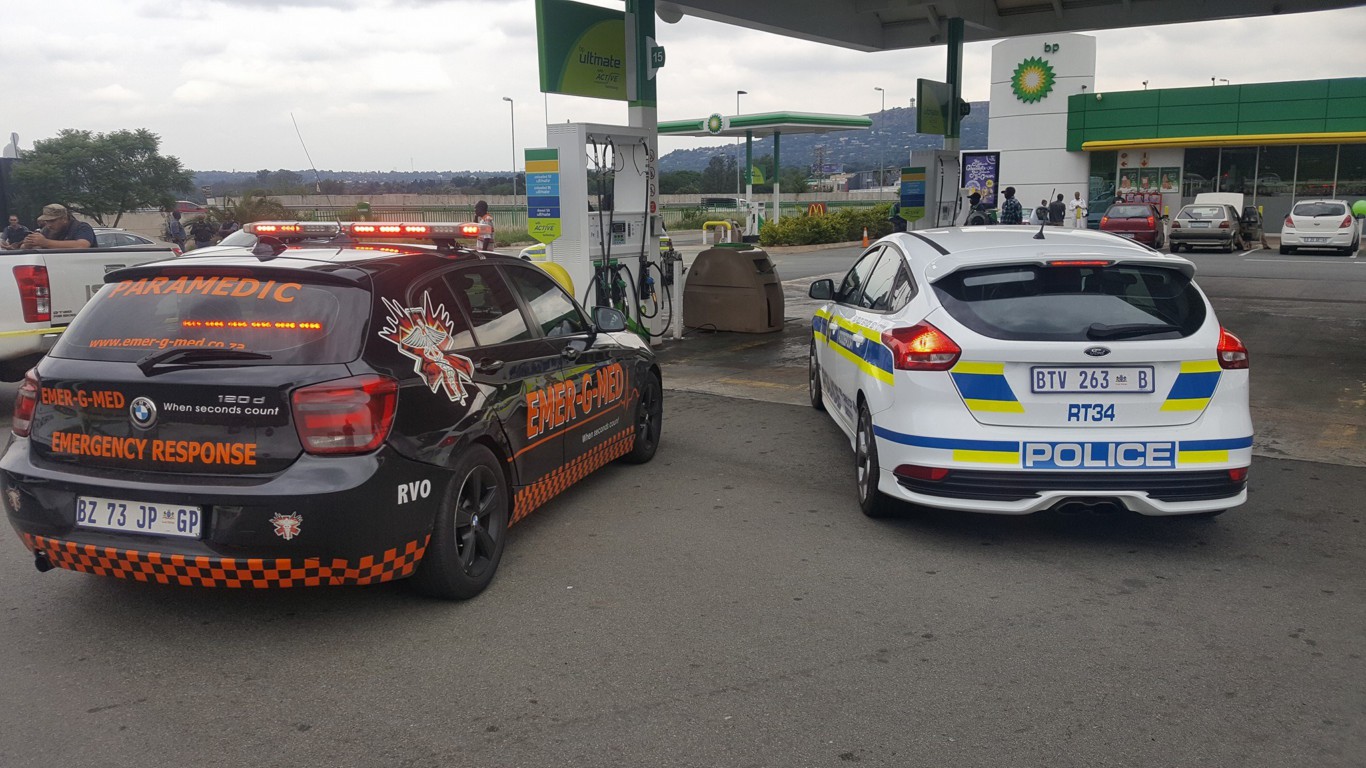 Emer-G-Med’s RV6, M03 and M06 are on the scene of a shooting at the BP Oasis on the N1 South at the Beyers Naude exit, in Randpark Ridge – north of Johannesburg.

It’s believed that a hijacked truck was spotted by the South African Police Services – a shootout ensued.

One suspect, the only occupant of the stolen truck, sustained a gunshot wound to his abdomen and back.

He was treated at the scene before being transported to a nearby hospital under police guard.

The South African Police Services are at the scene to investigate.