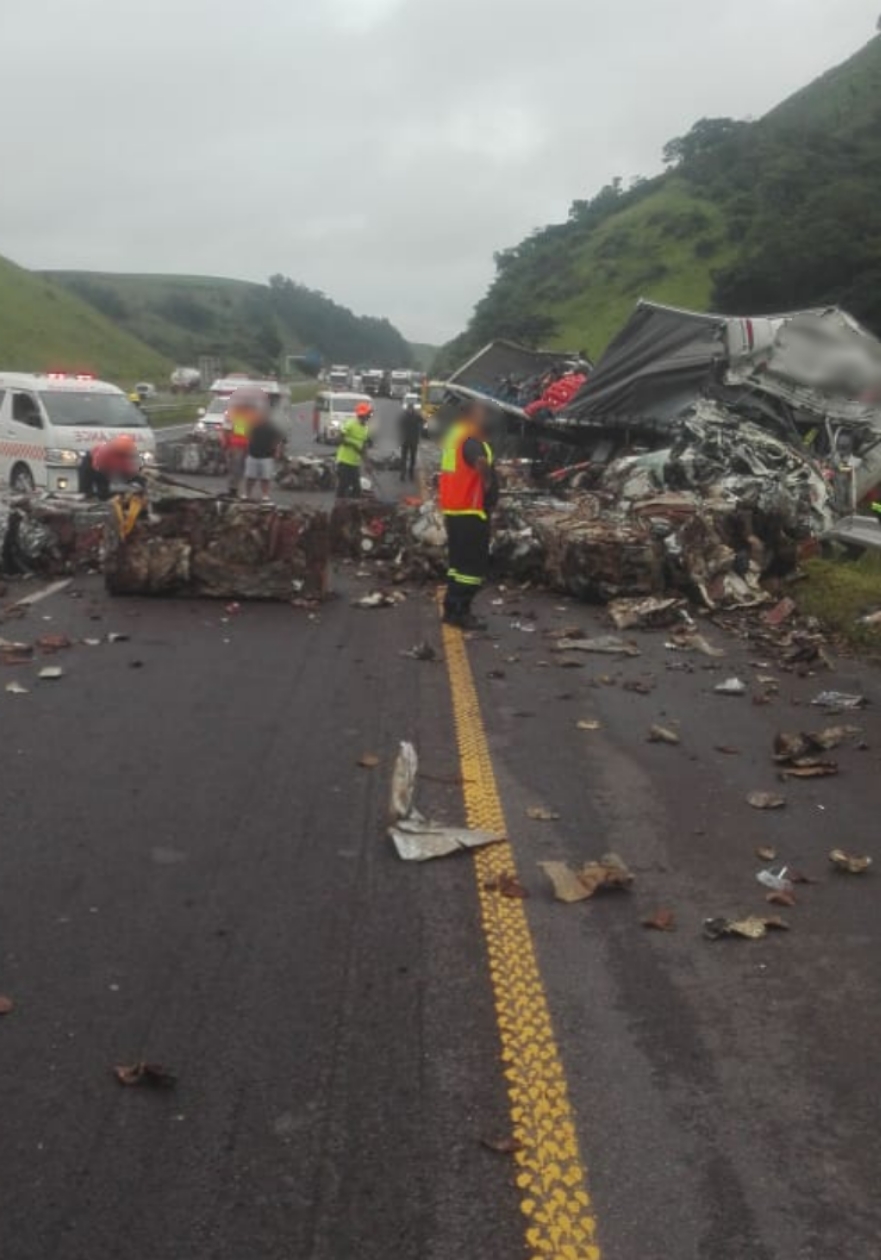 Netcare 911 responded to reports of a collision on the N3 South bound between Shongweni and Mariannhill Toll Plaza.

Reports from the scene indicate that two heavy motor vehicles were involved in a collision.

The Ethekwini Fire and Rescue Services had to use the “jaws of life” to free the seriously injured driver.

Both patients were treated on scene before being transported by ambulance to hospital for further treatment.

All necessary authorities were on scene.