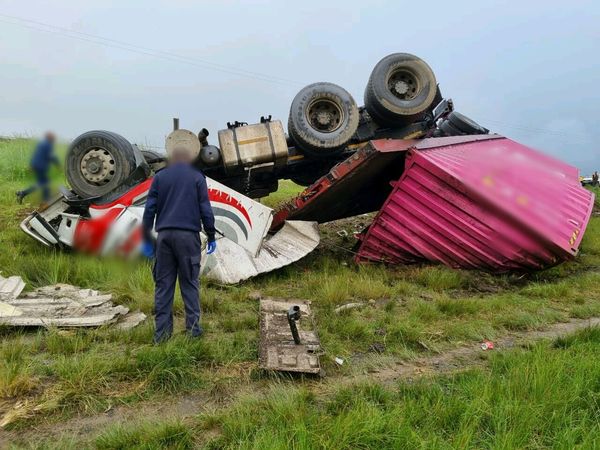 Earlier this morning Emer-G-Med paramedics responded to the N3 South near Montrose.

On arrival on the scene, a heavy articulated vehicle was found to have lost control and careened off the roadway, rolling several times before coming to a rest on its roof.

The driver and only occupant of the vehicle were found entrapped in the wreckage and seriously injured.

With the assistance of Fire and Rescue services, he was cut free using the Jaws-of-life and transported rapidly by ambulance to a nearby hospital for further care.