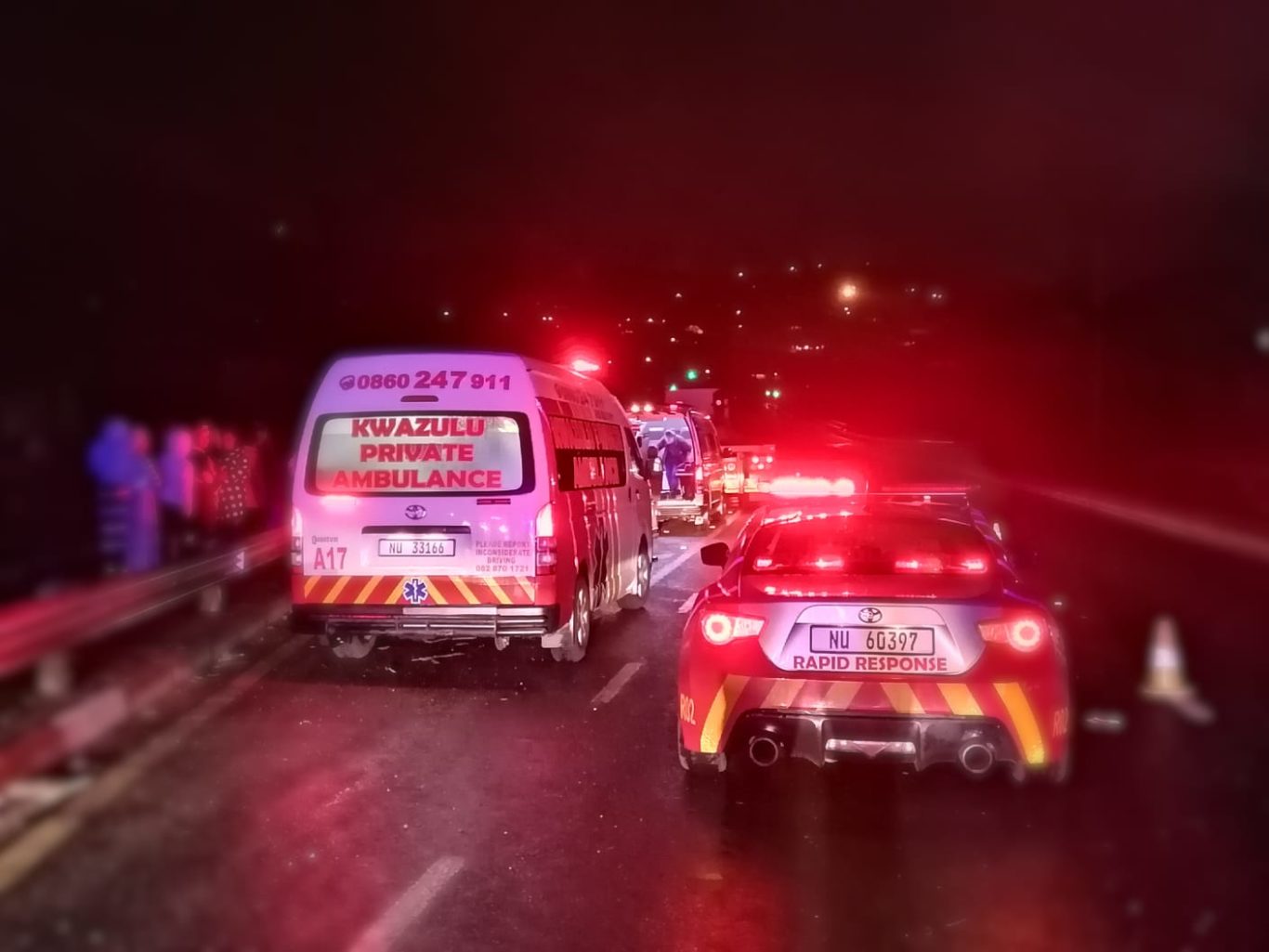 This morning at approximately 1am Kwazulu Private Ambulance Service came across as accident on the N3 close to TWEEDIE offramp.

When paramedics stopped there was mass looting of the trucks load, being beer. SAPS was trying to control the looters. Once the scene was cleared paramedics found the truck driver had sustained minor injuries and was treated on scene.

While the paramedics were on scene there was a secondary accident in the backing up traffic. A family of 6 also sustained minor injuries and were treated on scene.

All the patients were transported to hospital for further treatment.