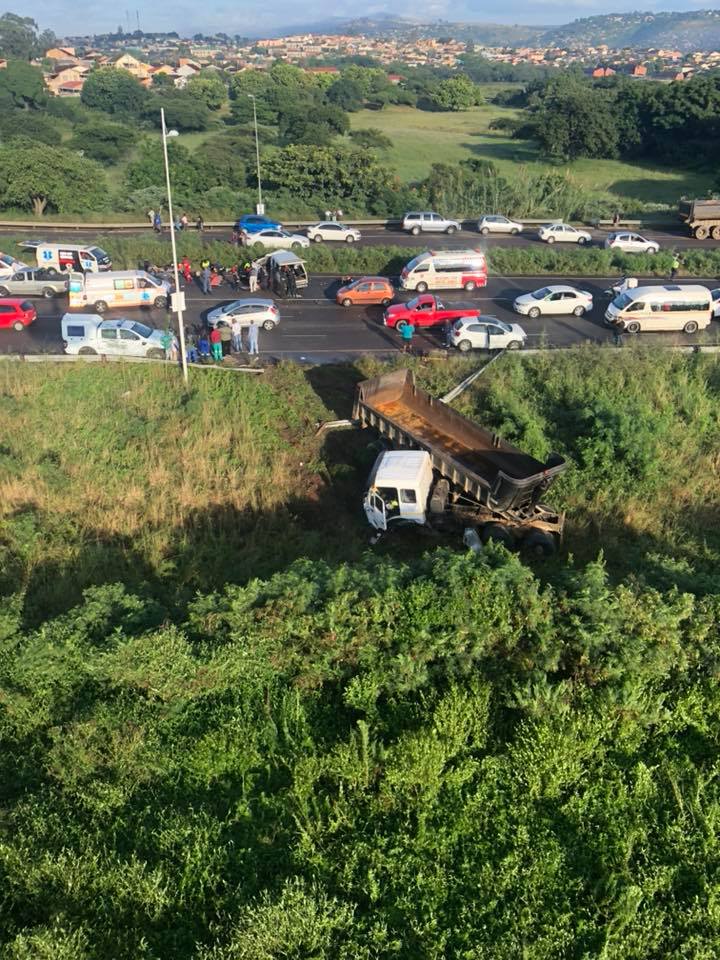 A truck driver that jumped a red robot & collided into four (4) vehicles fled the scene at the Palmview & R102 intersection a short while ago.

Reaction Unit South Africa received multiple calls from motorist who witnessed the accident & reported several injuries & entrapments. Emergency Services converged on the scene & closed off the R102 southbound lane. The jaws of life were used to free the entrapped. Approx eleven (11) patients from the four vehicles were treated and transported to various hospitals in the Phoenix & Verulam area.

The RUSA Helicopter was called out to the scene to search for the truck driver. After a lengthy search over a dense bush, (picture 8 ) he was spotted by the helicopter crew. Back up was called to the area, however, the suspect managed to flee into a river & under a bridge. Reaction Officers searched the dense bush on foot with negative results.

According to a witness, the white Mercedes Benz mechanical horse and trailer was northbound on the R102 when it went through a red robot & crashed into a black Opel Corsa bakkie, a white VW Polo, a white Nissan Hardbody & a white Hyundai H100. The truck then veered off the road and landed in a vacant property on the opposite lane. The driver then got off the truck and fled into the nearby bush.

No details of the driver were immediately available.