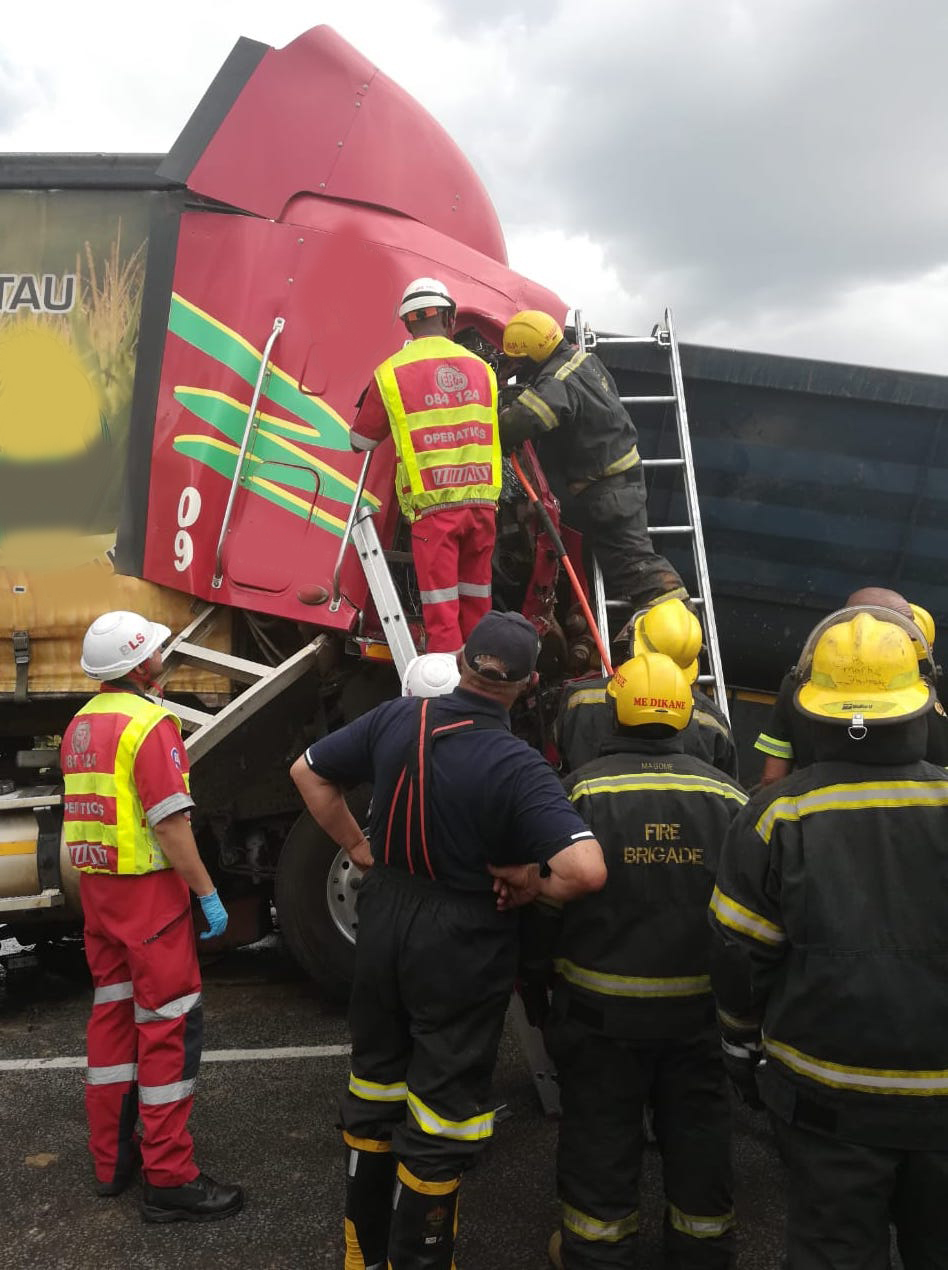 A 39-year-old truck driver has suffered critical injuries following a head-on collision with a trailer that had allegedly become detached from another truck on the N12, 23km outside of Potchefstroom this afternoon.

ER24 paramedics arrived on the scene at 12:40 to find the man entrapped in the crushed cab of his truck. The J.B. Marks and City of Matlosana Fire Departments had to carefully use heavy duty hydraulics to slowly extract the man while paramedics used Advanced Life Support interventions to stabilise him. Once free, the man was transported to a private hospital in Klerksdorp for further care.

It is unknown as to the cause of this incident, however the North West Provincial Traffic Department, as well as the South African Police Services were on the scene for further investigation.