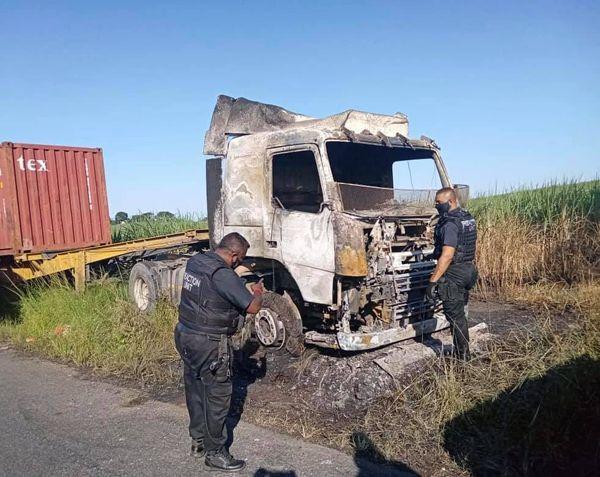 A Volvo truck was completely destroyed by fire on Inanda Road in Inanda this afternoon (Tuesday).

A passerby contacted the Reaction Unit South Africa (RUSA) Verulam Operations Center stating that a truck and trailer was parked on the roadside.

The caller further stated that the truck was on fire. On arrival Reaction Officers found that the fire had been extinguished. The driver could not be located. A shipping container loaded on the trailer was found empty. The status on the truck and trailer was recorded as not sought after at the time of this post. Reaction Officers traced the ownership to a company based in Durban – KZN.

Circumstances surrounding the fire could not be immediately confirmed.