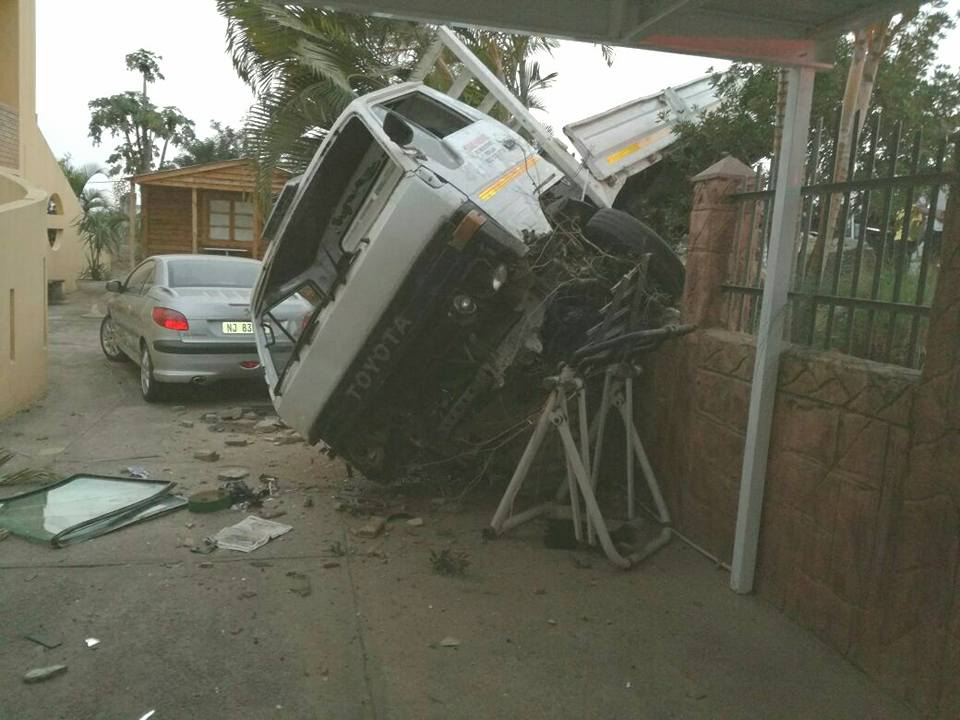 Members of Reaction Unit South Africa were called out to a home on Alamanda Drive in Sanna Township – Verulam after receiving a call from a member of public reporting a truck accident yesterday afternoon.

Upon arrival a Toyota Dyna truck was found to have collided through the boundary wall of a residential property. The driver claimed that he lost control of the vehicle while negotiating a sharp bend resulting in the accident.

The driver of the truck and the occupants of the home were not injured.