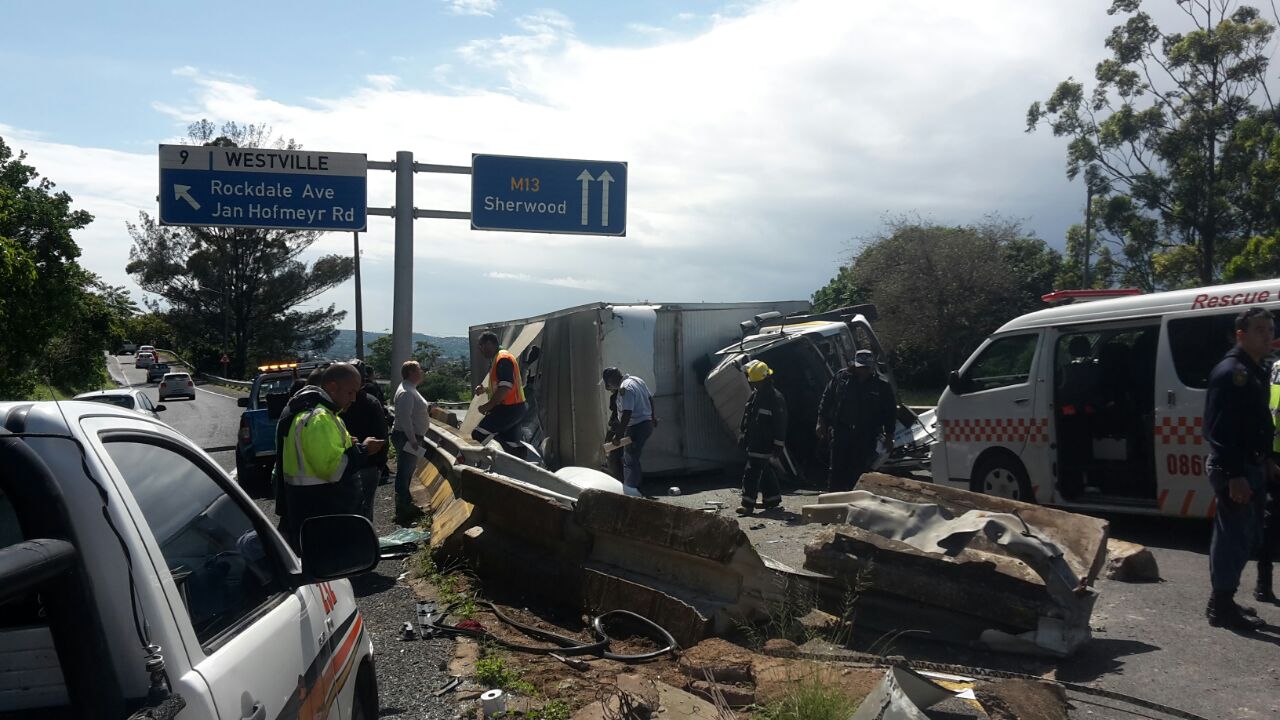 Two men have been injured, one critically, after a truck overturned and crashed into a concrete barrier on the M13 near the Rockdale turnoff in Westville, KwaZulu Natal.

ER24 paramedics, along with another service, arrived on the scene and found the large truck lying on its side next to the concrete barrier. Two male occupants lay in front of the vehicle after they were ejected upon the collision.

Once treated, both patients were transported to St Augustines Hospital for urgent treatment.

It is understood that the driver lost control of the vehicle, causing the truck to smash into the barrier and eject both occupants. 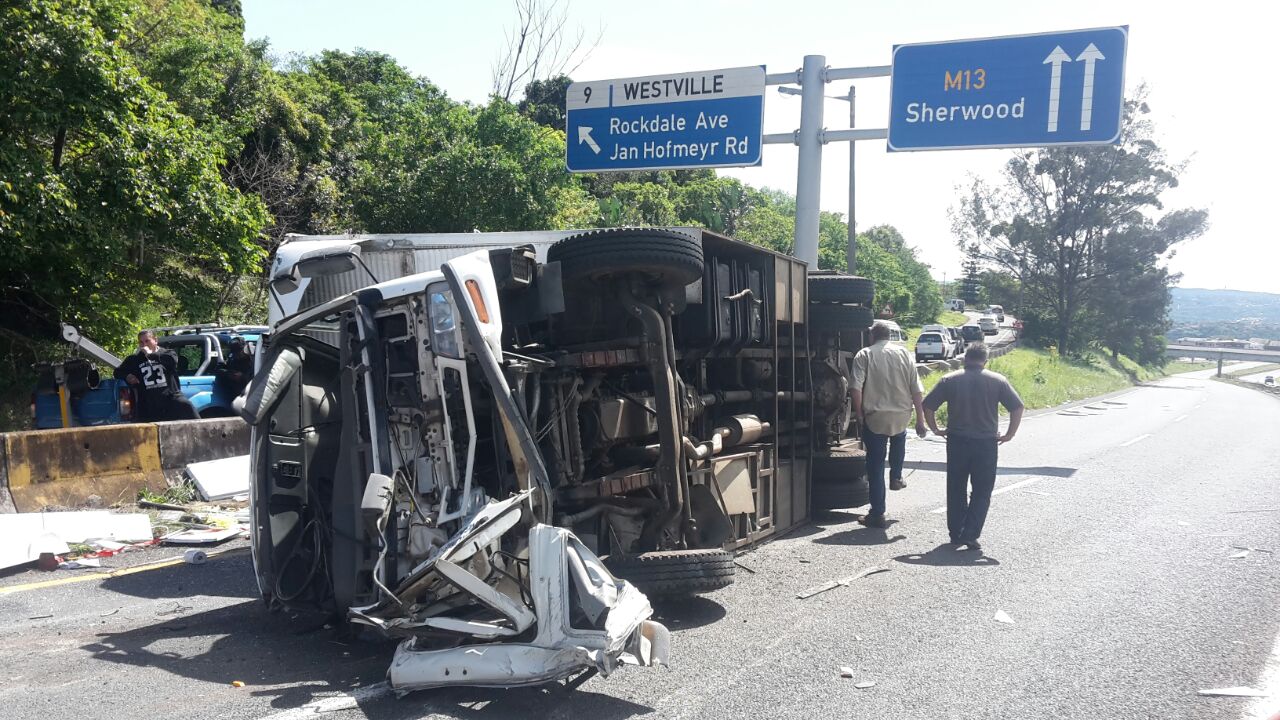