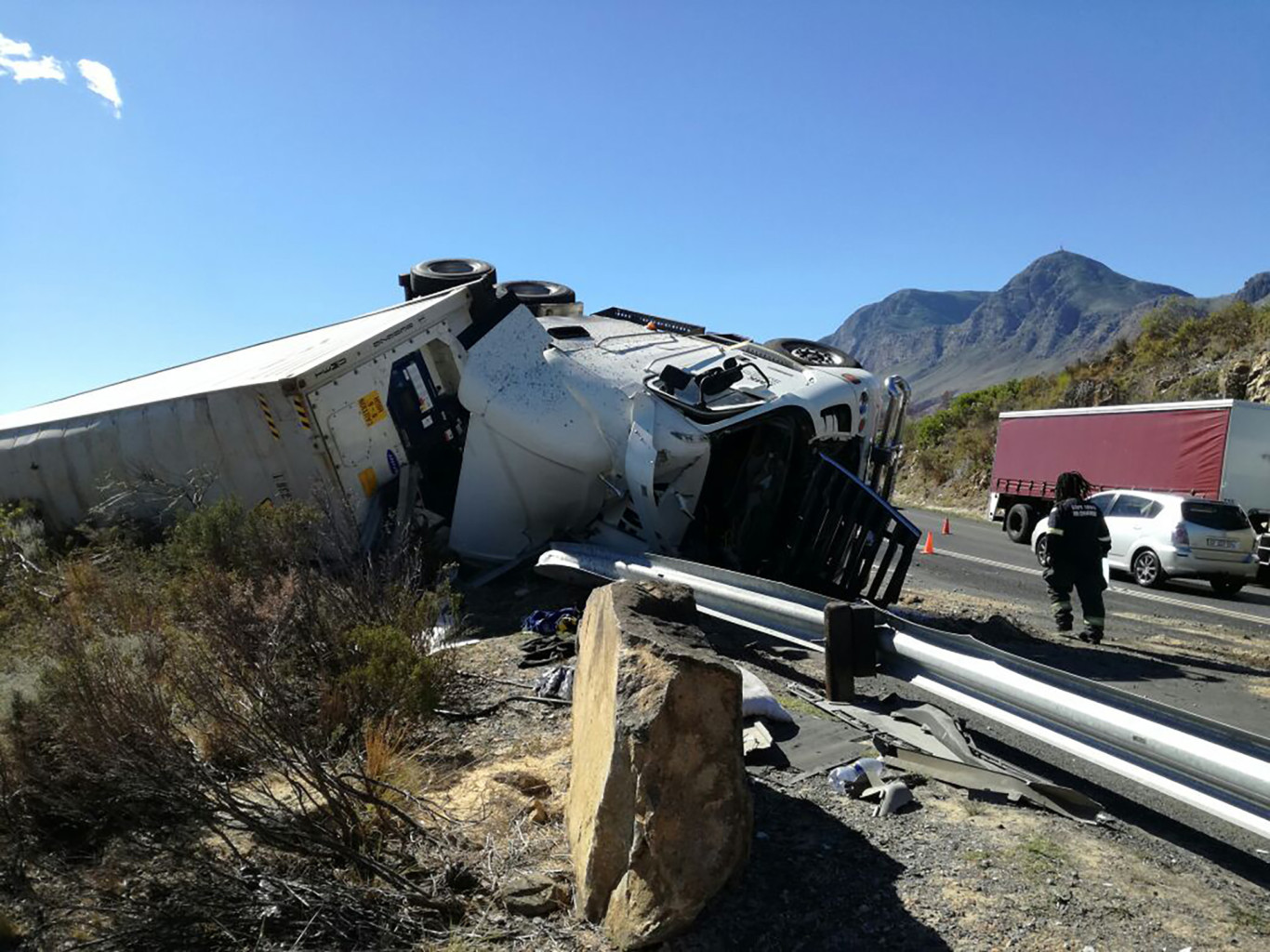 One person sustained moderate injuries when a large truck overturned on the N2 Sir Lowry’s Pass this afternoon.

Shortly after 1pm, paramedics from ER24 and local services arrived on the scene where they found the truck lying on its side across the road and embankment. It is believed that truck was traveling down the pass towards Gordon’s Bay when the incident occurred.

When paramedics arrived on scene they found that the driver was already removed from the truck. He sustained moderate injuries. He was later transported by another service with an ER24 paramedic on board to a nearby hospital for further care.

The exact circumstances of the incident are not yet known. It is understood that lane restrictions will be in place for some time while the truck is recovered.