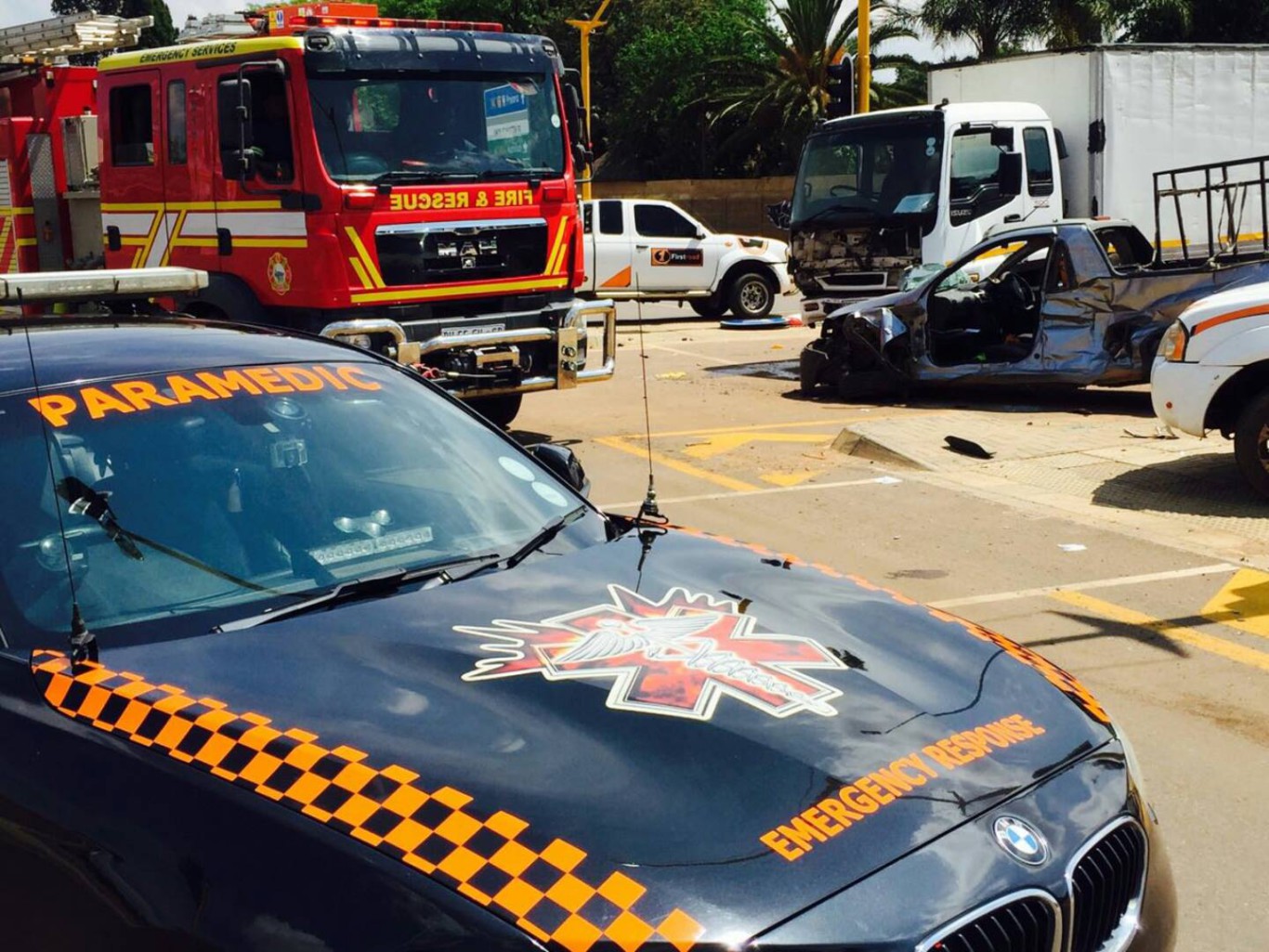 Earlier this afternoon EMER-G-MED’s M05 and A07 responded to reports of a truck crash on the corner of Simon Vermooten and Furrow, in Die Wilgers- Pretoria.

On arrival paramedics found that a bakkie had been T-boned by a truck, allegedly after skipping a red traffic light.

One occupant from the bakkie sustained minor injuries and was found walking around on the scene. The second patient was entrapped within the wreckage, having sustained serious injuries that required Advanced Life Support intervention.

The City of Tshwane Fire Department were called to assist and successfully freed the patient, using the “jaws of life” and other tools.

Once extricated EMER-G-MED transported the seriously injured patient to a nearby hospital under Advanced Life Support care. 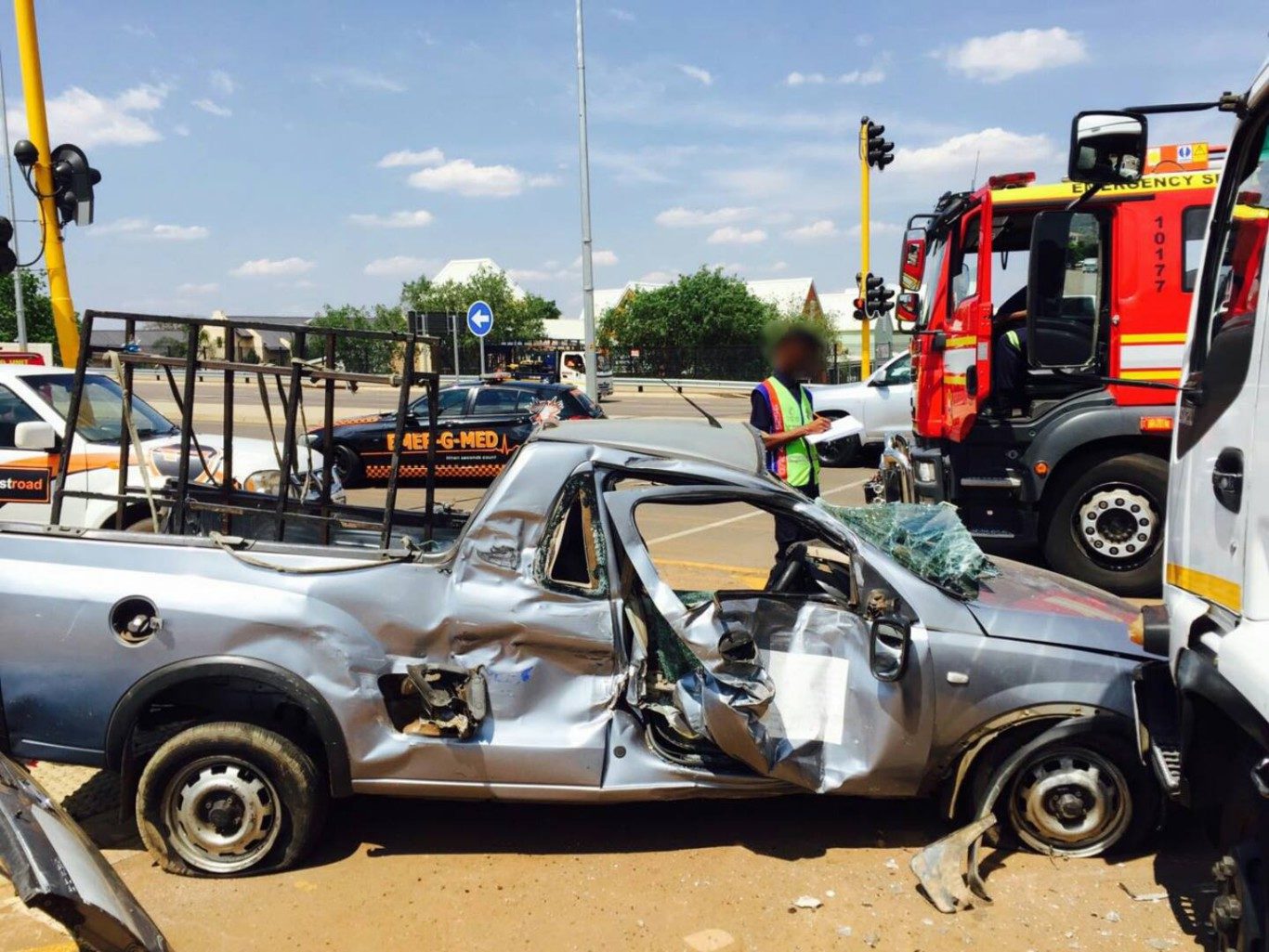 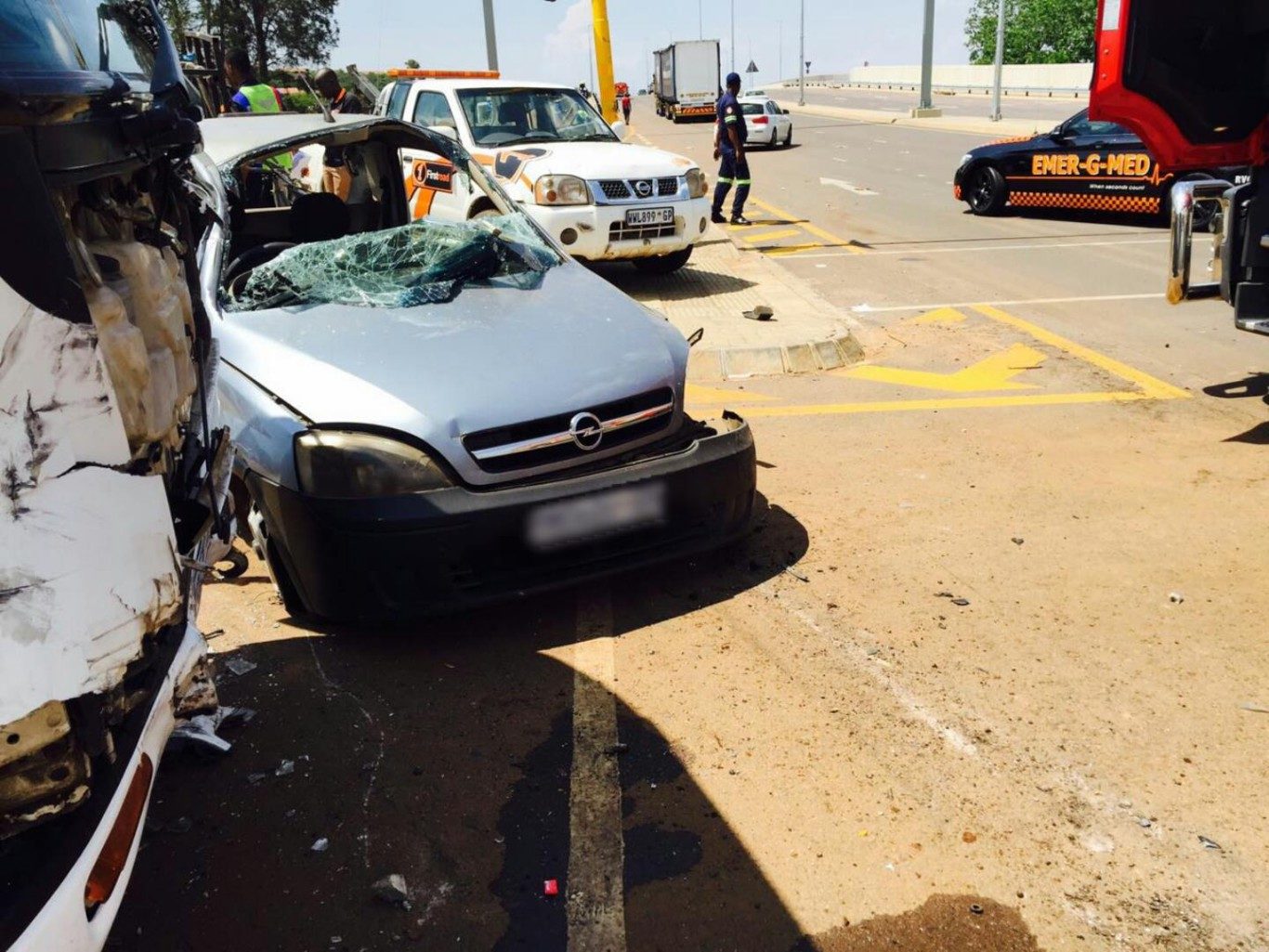